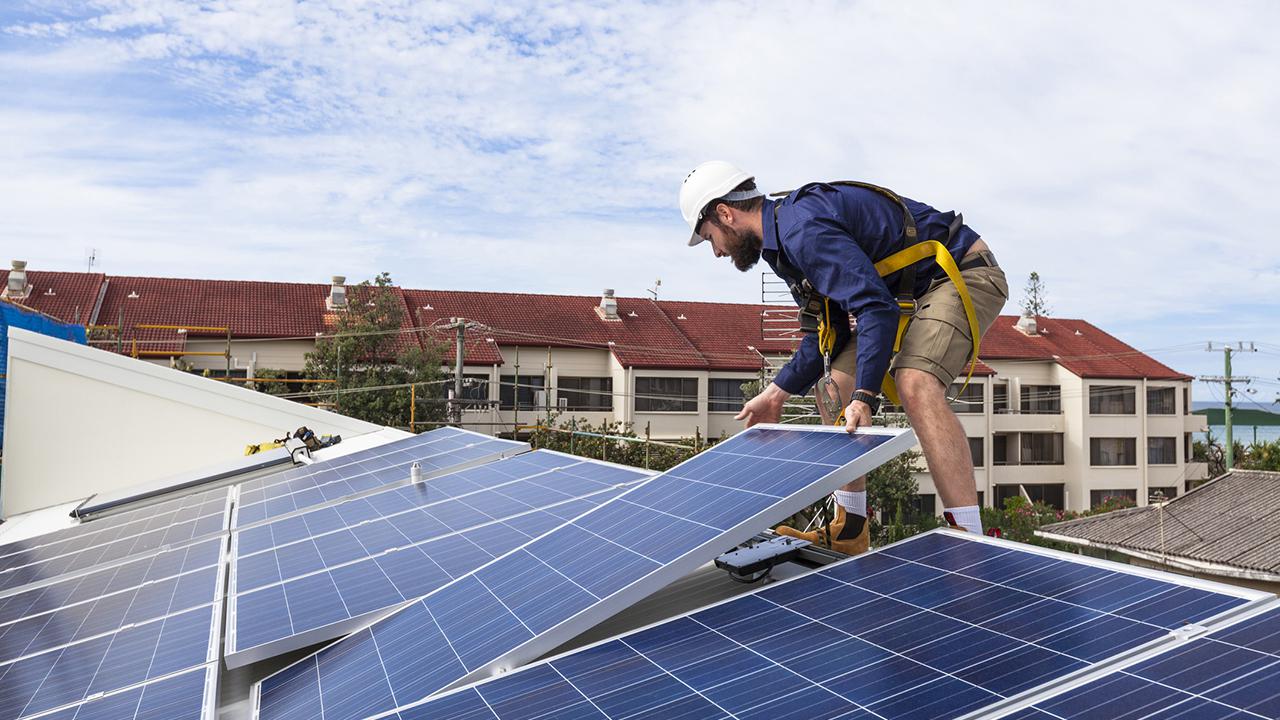 Solar energy has been among the fastest-growing sources of power generation in the U.S. in recent years, catapulting from 1.2 billion kilowatt-hours (kWh) of generation in 2010 to over 90.1 billion kWh in 2020. While that’s still just a small slice of the overall energy mix (2% of all U.S. electricity in 2020, according to the U.S. Energy Information Administration), the rate of growth is accelerating. The EIA forecasts that by 2022, solar capacity installations will outpace wind capacity installations for the first time on record after wind turbines had a huge head start.

The COVID-19 pandemic and ensuing economic downturn of 2020 led to equipment shortages and other hardships for the solar industry. However, forecasts show the industry is primed for a resurgence in 2021 and beyond. In the first quarter of 2021 alone, solar companies are ramping up installations at a record pace and experienced a 46% year-over-year increase compared with the first quarter of 2020.

As 2021 continues to look like a prime year for solar power in the United States, which states are leading the charge? We can look to the recently released
U.S. Solar Market Insight Report® from the Solar Energy Industries Association (SEIA) for some answers.

The Solar Market Insight Report included a ranking of the top states across the country based on the total amount of solar electric capacity installed and in operation as of the end of the first quarter of 2021. To put it into context, SEIA figures also include the equivalent number of homes that can be powered by that solar capacity in the individual state.

Here are the current leaders for solar power in the U.S.:

On this leaderboard, some states show up that would be expected —
California has long been the solar king, and they don’t call Florida the Sunshine State for nothing — while other states represent surprising emerging solar hotbeds. For example, you may be surprised to see some smaller, northeastern states like Massachusetts and New Jersey beating out the field. But these results go to show it’s not just about land space and the natural sunshine; the policies and economics driving these installations are just as impactful.

With the solar market really exploding in recent years, traditional
solar stalwarts like Arizona and Nevada are being actively challenged by some emerging contenders.

Compare the above list with the top 5 states for solar installations for all of 2020:

A few compelling trends become evident when looking at the above numbers. First, it’s never too late to become a solar leader. While Florida is in the top five of cumulative capacity today, and given its sunny reputation that result may not seem surprising, the truth is that 47% of that capacity has been added since the beginning of 2020. In just over a years’ time, Florida nearly doubled its total solar capacity.

Another important trend to recognize is that geography alone doesn’t decide whether a state will be a solar leader. Mid-Atlantic states like Virginia and
North Carolina or Midwestern states like Indiana wouldn’t necessarily be the first most would guess as being solar powerhouses, but thanks to policies like North Carolina’s generous Solar Property Tax Exemption, Virginia’s allowance for net metering and Indiana’s solar easement laws, residents of these states are enjoying solar power on their homes in record numbers.

Where Does Your State Rank for New Solar Installation?

So, are you living in a state that’s leading the way on solar or one that has some ground to make up? Factors to consider when looking at why some states are making more progress than others will include the types of policies in place, the availability of rooftops on which solar can be installed, the appetite for new energy generation and even the state’s seasonal
solar irradiance.

Taking all of those factors into account, here’s where each state stands in SEIA’s recently published rankings:

Here’s how each state’s Q1 2021 ranking compares to how it ranked for total solar installations in 2020:

Seeing some states jump up or down the list from one year to the next may seem drastic, but keep in mind that certain tax incentives expire, new policies come into play and other market forces affect local solar industries. That reality underscores the point that being a solar-leading state takes continued commitment, and doing so can happen at any point state leaders decide to truly embrace the solar industry.

The Future of Residential Solar

As the Solar Market Insight Report indicates, solar energy is a hot and growing market. To date, though, solar still only provides a fraction of the total energy generated in the U.S. While some customers, buildings and regions see much higher penetration of solar into their power mix on a micro level, there’s much improvement still on the way, especially as dirtier energy sources like coal continue to retire.

Additionally, customer appetite for residential solar is as strong as ever: 19% year-over-year growth is expected to get the residential market to a total of 3.8 gigawatts (GW) of solar capacity by the end of 2021, a sum that would have been unthinkable just 10 years ago. Indeed, the future remains bright for residential solar.

If you’re interested in becoming one of the millions of Americans who have made the switch to solar panels, fill out the form below to get a free installation quote from a top solar company near you.