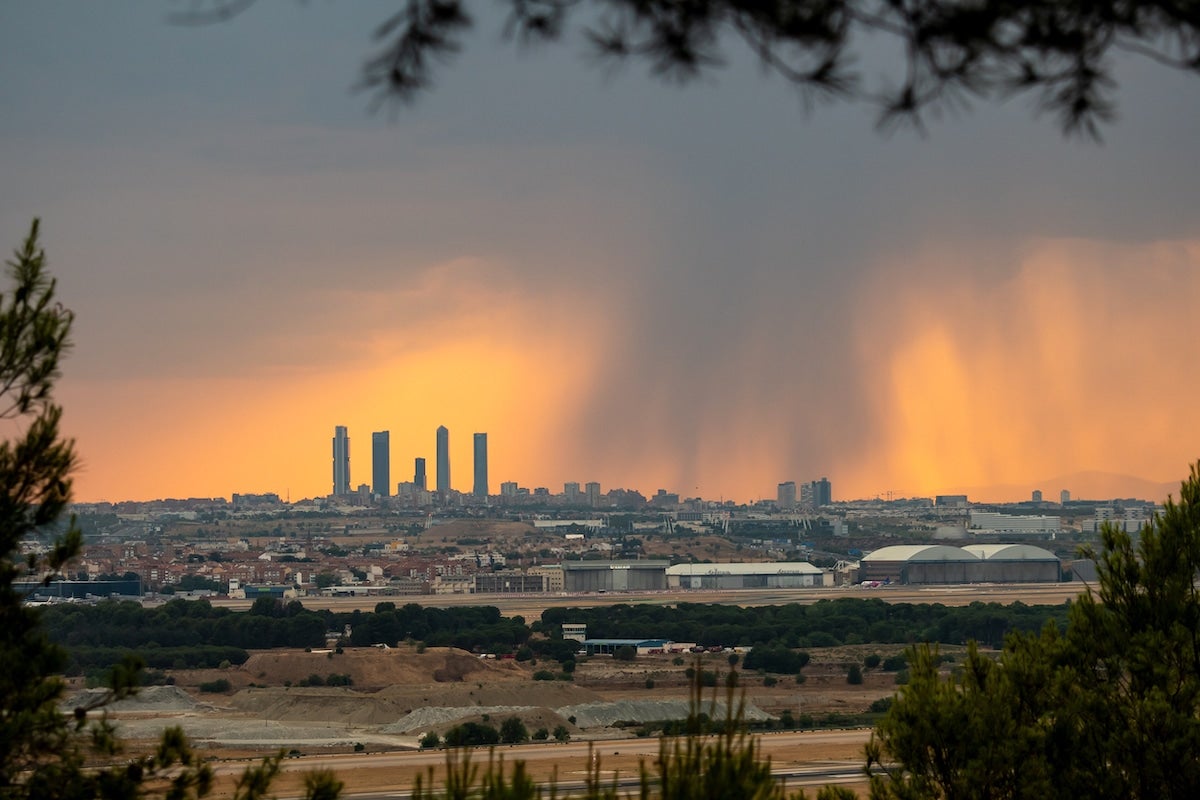 A summer storm near the skyscrapers of the Four Towers Business Area in Madrid, Spain on Aug. 2, 2022. A heat wave brought temperatures over 104°F to some areas of the city. Marcos del Mazo / LightRocket via Getty Images

Spain is set to forbid public buildings from turning their air conditioners below 27°C (80.6°F) in an effort to contend with the spiking cost of gas amid scorching summer heat and an energy supply crisis driven by the Russian war in Ukraine.

A decree published by the Spanish government Tuesday requires public places such as offices, shops, bars, theaters, airports, and train stations to limit their cooling in an effort to conserve energy, and recommends residents do the same in their homes.

Alongside a heating limit of 19°C (66.2°F) in the winter, the decree will carry forward through at least next November. Meanwhile, high demand has Spanish supermarket chains rationing bags of ice, and some bars and restaurants have resorted to charging patrons an extra fee to have ice in their drinks.

Spain’s efforts are the latest in a string of strategies imposed by European governments as they try to minimize dependence on Russian oil and gas while contending with exceptionally high temperatures across the continent. Beyond thermostat controls: French shops are required to keep doors closed and reduce lighting or face fines, and most illuminated advertising is banned; Germany is shutting off spotlights on public monuments and cutting off hot water to showers at public pools and gyms; Greece is installing window shields on public buildings and updating heating and cooling systems; Ireland is encouraging residents to limit boiling only the amount of water they need rather than filling up their kettles. These measures, seemingly extreme now, may soon become the norm so long as the world remains dependent on fossil fuels that cause climate impacts to worsen.

EuroNews, The Verge, The Guardian, The Times