Here’s what we’ll cover in this guide to Louisiana solar panels:

Find the best price from solar installers in Louisiana.

How to Get Solar Panels in Louisiana

The first step toward installing solar in LA is to connect with a solar company to request a free quote. The solar quote process usually involves a home inspection, roof measurements and a review of your recent energy bills to gauge monthly consumption. Your system will be designed based on the findings.

If you plan on paying in cash, the design team will provide schematics for your system and begin the permitting process before installing and commissioning the system. If you need to use another financing option, your representative should help you explore solar loans, solar leases or power purchase agreements (PPAs) as part of the process prior to installation.

Most Louisiana residents find that the solar installation process is an expensive endeavor but one that’s well worth the investment. The typical resident sees energy savings that pay for the system and save an average of $13,646 thereafter.

What Is the Price of Solar Panel Installation in Louisiana?

Solar modules in LA cost an average of $2.57 per watt to install. This is below the national average. However, most residents in the state need larger-than-average systems to offset high energy consumption, so the overall price to go solar — around $22,500 after the federal tax credit — is above average.

LA property owners pay a lot for their energy, so the savings add up quickly after solar conversion. The average panel payback period is around 14 years — two years longer than the U.S. average due to the high total system costs.

For more cost information or to learn about factors that have an impact on your pricing, you can check out our guide to Louisiana solar costs.

According to the Solar Energy Industries Association (SEIA), Louisiana ranks 38th in the country in terms of solar adoption.1 Despite the low rank, the local solar industry is still quite strong, and property owners have their pick of equipment from plenty of solar panel manufacturers.

Below are some of the brands found most often on home solar systems in LA:

Is Louisiana a Good State for Solar Panels?

Despite the slow solar adoption rate in LA, the Pelican State is still considered a great place to install solar systems. There are a few factors at play that make solar power systems so valuable in the area. These include:

How Much Energy Can I Get From Solar Panels in Louisiana?

A lot of time and consideration goes into estimating how much energy your photovoltaic panels or solar shingles will generate, as solar companies match production to your consumption as well as possible. There are many factors that influence the rate of solar electricity generation, including:

Although it’s impossible to say with certainty what your panels will produce without completing a home inspection, you can use the chart below to get a rough idea of what to expect.

For a more accurate estimate of how much electricity your panels will produce, you can use our solar calculator.

Louisiana took a long time to begin promoting renewable energy, which is likely part of the reason adoption there has lagged behind most other states.

It wasn’t until 2003 that LA offered its first solar incentive: the solar energy system exemption. This was a property tax exemption that prevented the added property value from installing solar from affecting property taxes.

That same year, LA created policies to allow for net metering. Although the state has yet to make this policy mandatory, some investor-owned utilities (IOUs) do provide access to it. Most provide credits for excess energy at the avoided-cost rate. This isn’t as good as the retail rate, but it’s better than nothing.

Two years later, in 2005, LA began the Home Energy Loan Program (HELP). This offered low-APR loans to residents for upgrading home energy efficiency, including solar installations. A portion of the loans could also be subsidized to reduce up-front costs.

In 2008, LA began offering its state tax credit, which, at the time, was one of the best in the country. A 50% credit to income taxes owed — a maximum of $12,500 — was a massive benefit to solar customers and led to a surge in conversion rates.

The state tax incentive was scheduled to be discontinued in 2017, but it ended two years early in 2015 when the state ran out of funding. It has yet to be offered again.

Finally, 2010 brought solar rights and the Renewable Energy Pilot Program to LA. Solar rights and easement laws made it unlawful for homeowners associations (HOAs) and other governing bodies to prohibit solar installation.

The Renewable Energy Pilot Program set out to push for a Renewable Portfolio Standard (RPS) goal for the state. RPS goals are used to mandate that a percentage of the state’s electricity come from renewable energy sources. Unfortunately, the prospect of an RPS goal was shut down in 2013, and no green energy minimums were set.

What Are the Solar Panel Incentives in Louisiana?

LA residents currently have access to a handful of incentives for converting to solar. These include:

For more information on these perks or to see if there are other local benefits available in your area, you can check out our Louisiana solar incentives guide.

Find a Local Installer in Louisiana

Choosing a solar installer might seem like a simple process, but the process deserves adequate thought and research. The provider you pick will play a role in your total system cost, the panel brands available to you, the warranty coverage you get, your customer service experience and more.

Below, we’ll include some links to ratings and rankings for the top solar installation companies in major cities across LA. All of the companies in these reviews have years of experience and provide affordable, top-of-the-line equipment.

If you’re looking for larger regional, statewide or national companies to tackle your solar project, or if you live outside of one of the major LA cities, you can refer to our Louisiana solar installer guide for more information and recommendations. 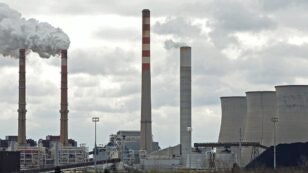 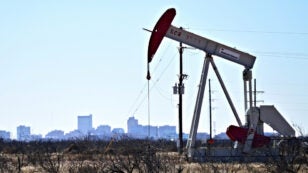 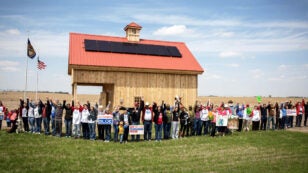 ‘The Fight Is Not Over’: Activist Building Solar Arrays to Block Keystone XL Route