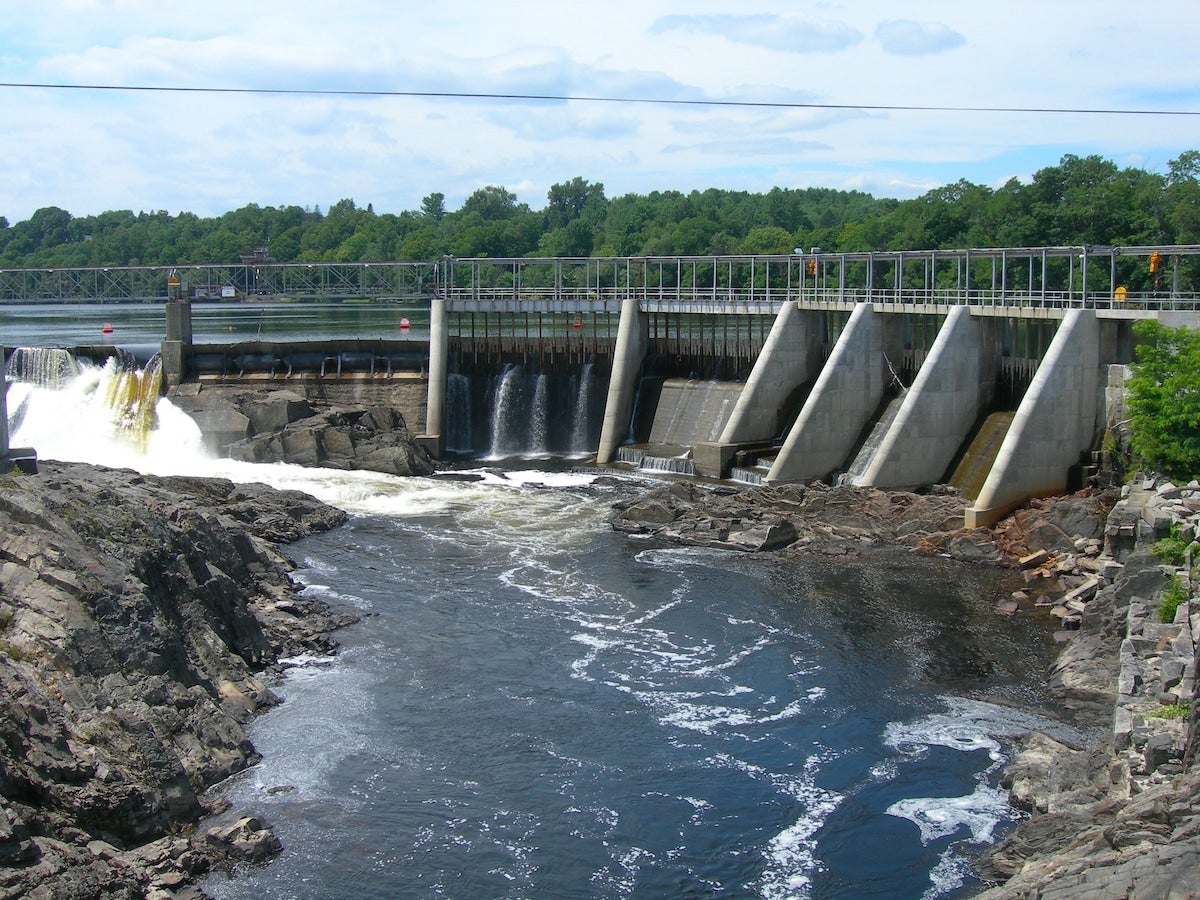 If we needed any more motivation to help save our ailing rivers, it should have come with the findings of a recent study, which revealed that “Nowhere is the biodiversity crisis more acute than in freshwater ecosystems.”

Rivers, lakes and inland wetlands cover 1% of the Earth but provide homes for 10% of all its species, including one-third of all vertebrates. And many of those species are imperiled — some 27% of the nearly 30,000 freshwater species so far assessed by the IUCN Red List. This includes nearly one-third of all freshwater fish.

How did things get so bad? For some species it’s a single action — like building a dam. But for most, it’s a confluence of factors — an accumulation of harm — that builds for years or decades.

One of the single largest threats to river biodiversity comes from dams, which provide humans with electricity, water reserves and other benefits but come with ecological costs. The loss of free-flowing rivers divides watersheds into unconnected fragments and changes water flow, quality and temperature. It also blocks the transport of sediment, and can obstruct the movement of animals, including migratory fish — and the species like freshwater mussels — which depend on those fish.

In the United States, dam-building has imperiled Atlantic salmon on the East Coast as well as many runs of the West Coast’s five salmon species. But the ripple effects can extend to aquatic insects, birds and riparian plants.

What happens on land doesn’t stay on land.

The Clean Water Act, passed 50 years ago, has done a lot to improve the water quality of rivers in the United States, as have similar regulations around the world. But we still have a long way to go.

Some waterways remain a dumping ground for toxic chemicals, even decades after those threats were identified. Others face new threats from pharmaceuticals that pass through water treatment facilities (after passing through our bladders) and accumulate in the bodies of aquatic animals. Fish full of antidepressants is no joking matter. Neither are PFAS, so-called “forever chemicals,” that end up in rivers — and aquatic animals — after leaching from industrial sites, military bases or incinerators.

The nutrients we use on farms and livestock operations also wash into rivers and streams. That runoff, full of nitrogen and phosphorus, fuels an overgrowth of algae which deprive the waters of oxygen, driving away or killing marine life in so-called “dead zones.” The situation is likely to get worse as climate change fuels stronger storms and warmer waters.

Waste from animal feedlots pollutes rivers, but cattle that graze on millions of acres of public and private lands across the American West — and in many other nations — are a threat, too.

The livestock can overgraze and trample riparian areas, leading to the loss of plants, an increase in erosion and reduced stability of streambanks. A loss of vegetation along banks increases water temperature — a detriment to cold-water fish. And the sediment — and sometimes waste-fill runoff — threatens water quality and fish, including native trout.

The effects of climate warming are already being felt around the world, with rivers drying up in the United States, China, Germany, France and many other nations over the past few months.

That’s only going to get worse: In the United States, where projections show western mountains will experience a significant loss of snowpack in the next 35 to 60 years. Less snow and an earlier snowmelt will alter river flows and groundwater, which will affect numerous plants and animals across the region.

Some of those same species are already suffering from other harms from human development. Salmon, for example, that have been cut off from cold-water upstream habitat by dams are now further imperiled as low water flows heat up the rivers to temperatures that endangered the fish.

Heavy rainstorms supercharged by climate change can also cause flooding that sweeps sediment, chemicals and other harmful runoff into rivers and creeks. These storms can cause municipal sewage systems to be overwhelmed and discharge untreated water into rivers.

We may love our rivers, but we simply don’t afford them enough protection. Laws and regulations offer piecemeal measures, and funding for river-conservation programs remains elusive. Efforts to establish legal “personhood” for rivers haven’t gained much traction and some of our existing tools haven’t been utilized effectively.

In the United States, far less than one-half of 1% of the country’s river miles have been protected under the Wild and Scenic Rivers Act, established in 1968. The law can help protect rivers and their banks from new dams and mining claims, and often from logging and roadbuildling. New legislative efforts in Congress to expand the program, including the River Democracy Act, have yet to move forward. Other nations have proposed their own new laws, but whether they’ll pass — or do enough — remains to be seen.

The Revelator
The Revelator, a news and ideas initiative of the Center for Biological Diversity, provides editorially independent reporting, analysis and stories at the intersection of politics, conservation, art, culture, endangered species, climate change, economics and the future of wild species, wild places and the planet.

Will Paris Ban Electric Scooters?
Could the City of Light ban the electric scooters that
By Olivia Rosane
Arctic Carbon Transportation Route Discovered by Scientists
In the Arctic, a previously unknown carbon transportation route has
By Cristen Hemingway Jaynes
G20 Recommits to 1.5 Goal in Last Week of COP27
The G20 is a coalition of 19 countries and the
By Olivia Rosane