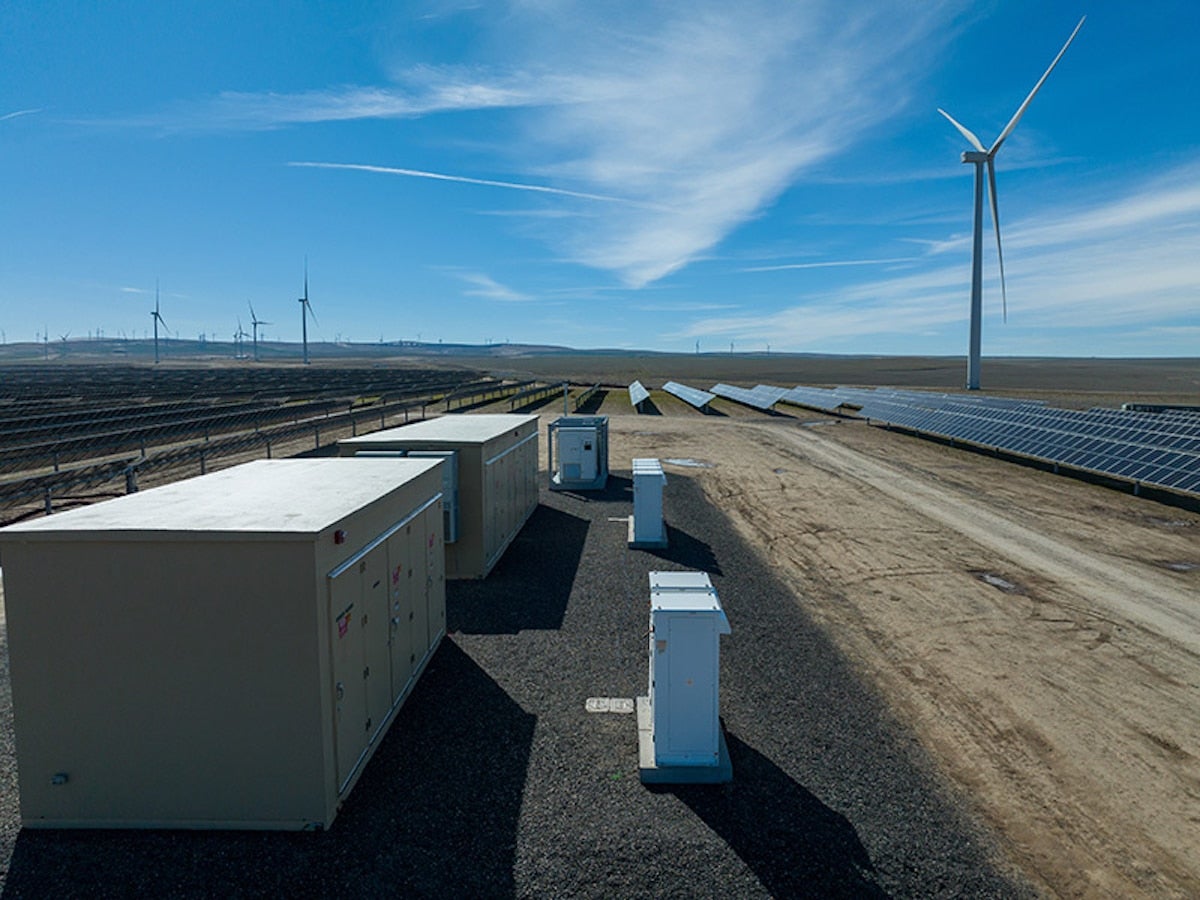 A first-of-its-kind project, the Wheatridge Renewable Energy Facility in Morrow County, Oregon is the first utility-scale power plant in North America that combines wind and solar energy and battery storage in one location.

The project is a major milestone for utility company Portland General Electric, which must reduce emissions of energy supplied to consumers by 80% before the end of the decade following a 2021 state law. The project was developed by NextEra Energy Resources.

“With the Wheatridge project, we’re accelerating Oregon’s transition to clean energy and showing the nation what the future of renewable energy looks like,” said Maria Pope, PGE president and CEO.

The power plant includes 300 megawatts (MW) wind power, 50 MW solar, and 30 MW battery capacity, which together could meet the energy demand of about 100,000 households, GreenBiz reported. The renewable power project is already setting an example, as there are at least nine similar hybrid renewable power plants in the works, some of which are also developed by NextEra Energy.

The facility includes 120 wind turbines, including a mix of 2.3-megawatt and 2.5-megawatt machines, and has one of the largest solar plants in the state. The battery storage facility of this project is one of the biggest in the nation. The combination of these renewable sources can boost energy reliability, according to Portland General Electric. Wind and solar technology generates energy — with solar panels working during the day and wind turbines working optimally overnight for steady energy flow — and the battery storage system stores it for use any time, even on days that are not windy or sunny.

“Bringing wind, solar and energy storage together at one site is quite a significant moment for renewable technologies,” Rebecca Kujawa, president and CEO of NextEra Energy Resources, said in a statement. “These facilities generate low-cost, homegrown energy and will provide millions of dollars in additional tax revenue to Morrow County over the life of the project.”

Portland General Electric owns 100 MW of the wind facility. A subsidiary of NextEra Energy Resources owns and operates 200 MW of the wind facility and all of the solar and battery capacities and will sell its output via 20- and 30-year power purchase agreements. According to the Wheatridge Renewable Energy Facility factsheet, the project also provides landowner payments and does not interfere with agriculture use of the land.