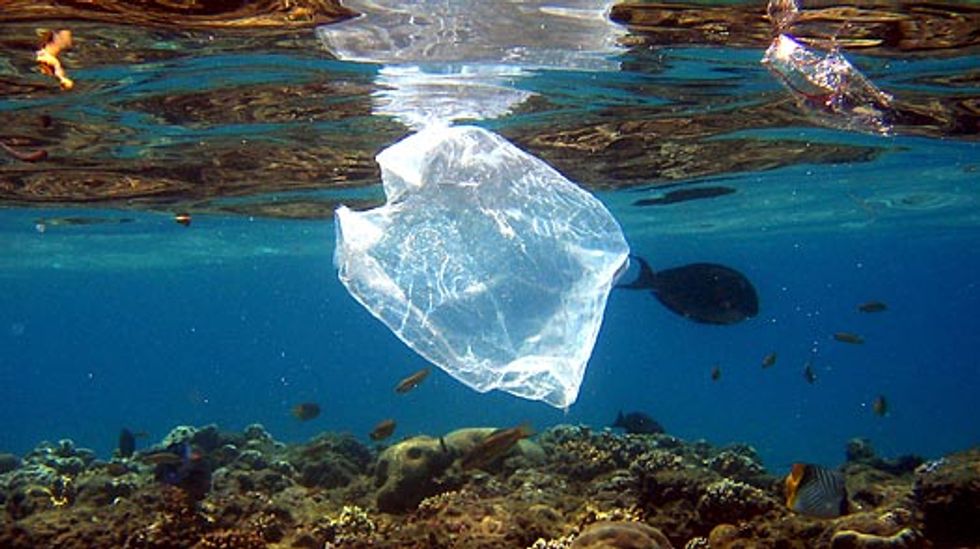 The plastic debris that litters the world's oceans has developed its own unique and diverse microbial ecosystem, researchers report.

Members of the rich microbial ecosystem living on plastic debris in scanning electron microscope images: a) a diatom and bacterial filaments; b) filamentous cyanobacteria; c) a predatory ciliate in foreground covered with symbiotic bacteria (inset), along with diatoms, bacteria, and filamentous cells; d) microbial cells that have pitted the surface of a piece of plastic debris. Image credit: Zettler, et al., Environmental Science & Technology

The microscopic community, which scientists dubbed the "plastisphere," includes more than 1,000 species of algae, bacteria, microscopic plants, symbiotic microbes and possibly even pathogens, the researchers say in Environmental Science & Technology. Some of the plastisphere microbes, many of which had never before been documented, contain genes that could help break down hydrocarbons, indicating the microbes may play a role in degrading the debris, the research shows.

Plastic trash is the most abundant type of debris in the ocean, inflicting harm on fish, birds, and marine mammals that are entangled by it or ingest it. Until now, researchers hadn't looked at microbes living on the debris, which make up a sort of artificial "microbial reef," one of the scientists said. The organisms on the plastic debris were different from the microbial communities living on driftwood, feathers and other natural items floating in the ocean, and also different from the assemblage of microbes living in open water, the researchers report.