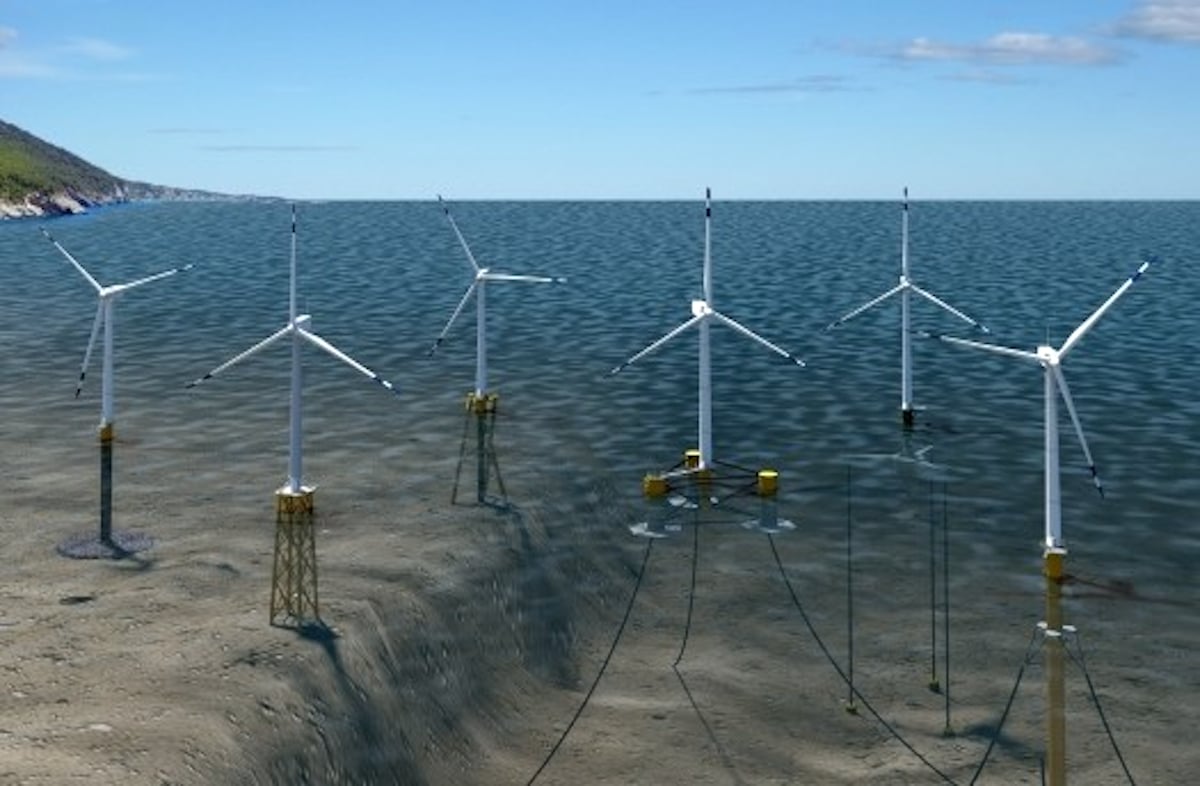 The U.S. government will hold its first ever West Coast lease sale for offshore wind power, the Department of the Interior announced Tuesday.

The Biden administration’s Bureau of Ocean Energy Management (BOEM) will lease land off the Northern and Central California coast on December 6. In addition to being the country’s first Pacific coast sale, it will also be the first to potentially support a floating offshore wind installation at a commercial scale.

“The demand and momentum to build a clean energy future is undeniable. I am proud of the teams at the Interior Department that are moving forward at the pace and scale required to help achieve the President’s goals to make offshore wind energy, including floating offshore wind energy, a reality for the United States,” Interior Secretary Deb Haaland said in the announcement. “Today, we are taking another step toward unlocking the immense offshore wind energy potential off our nation’s west coast to help combat the effects of climate change while lowering costs for American families and creating good-paying union jobs.”

The upcoming sale will involve five leases — three off Central California and two off Northern California. Together, they cover around 373,268 acres and could generate more than 4.5 GW of offshore wind energy to power more than 1.5 million homes.

“We’re not just committed to the country’s transition to a clean energy economy, one that combats climate change, creates good-paying jobs and ensures economic opportunities are accessible to all. We’re actually taking action and driving results,” Bureau of Ocean Energy Management Director Amanda Lefton said when she announced the sales at Providence, Rhode Island, conference for wind experts and developers, as AP News reported.

It is important for the U.S. to develop floating offshore wind because more than half of possible wind installation sites are too deep to simply attach a turbine to the ocean floor. In addition to the California sites, the Biden administration also plans to lease sites off the Oregon and Atlantic coasts and in the Gulf of Mexico to reach the 15 GW of floating installations that could power five million homes.

California also has its own offshore wind goals as a state, The Hill noted, with an aim to develop three to five gigawatts by 2030 and 25 gigawatts by 2045. These goals are the most ambitious in the nation, but Rhode Island also said it could generate more than 70 percent of its electricity demands by 2030 with renewable sources including new offshore wind developments, as AP News reported.

Lefton also said the federal government had worked with the state of California and local stakeholders to develop the sales.

“Today’s announcement represents years of close coordination and engagement with the state of California, Tribes, ocean users, local communities and all interested parties to move us closer towards achieving the administration’s vision to fight climate change and realizing California’s clean energy future, while creating a domestic supply chain and good-paying union jobs,” she said in the announcement.