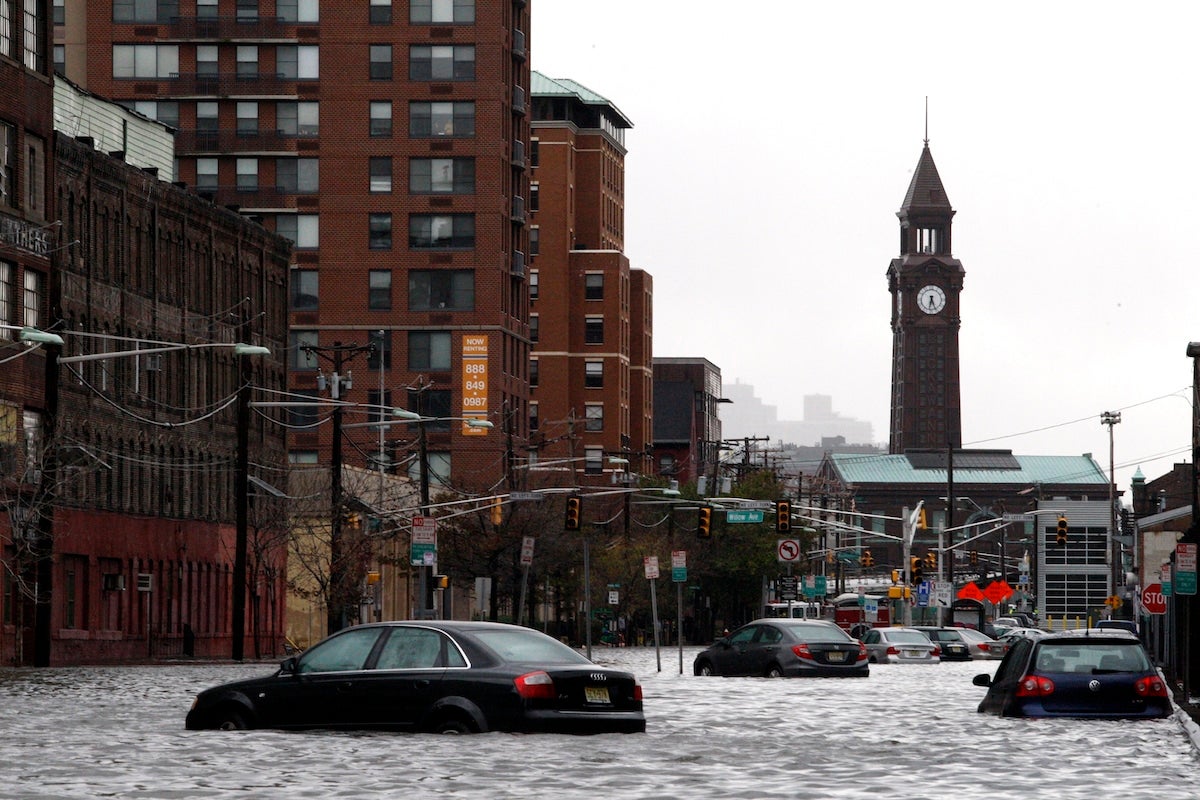 The lawsuit, announced Tuesday by State Attorney General Matthew Platkin and filed in the New Jersey Superior Court, argues that the major oil and gas companies and the trade association hid the truth on climate change and misled consumers, putting their safety at risk in order to make a higher profit.

“As a result of the fossil fuel industry’s lies and deceit, the State has paid billions of dollars to clean up climate change-induced disasters like Superstorm Sandy; to fortify the Jersey Shore from future storms; and to protect its people, businesses, infrastructure, and natural resources from a myriad of other climate change hazards,” the lawsuit reads.

The text also says that the “Defendants have known for more than 50 years that greenhouse gas pollution from fossil fuel products would have significant adverse impacts on the Earth’s climate and sea levels,” and while protecting their own infrastructure and assets from the affects of climate change and rising sea levels, misled consumers and shared false and misleading information on fossil fuels and climate change.

New Jersey is seeking an injunction for the companies to stop deceiving consumers on fossil fuels and their environmental impact. The state is also seeking “civil monetary penalties and damages to the State of New Jersey” for destructive impacts on natural resources, infrastructure and assets due to climate change.

The lawsuit argues that the companies’ misleading information delayed the transition to a smaller carbon footprint and made consumers even more reliant on fossil fuels, actions that led to more carbon emissions and worsening effects of global warming on the state.

In a statement reported by Inside Climate News, Casey Norton, spokesperson for one of the defendants, ExxonMobil, criticized the lawsuit, saying it won’t help climate change and will waste taxpayer money.

“Legal proceedings like this waste millions of dollars of taxpayer money and do nothing to advance meaningful actions that reduce the risk of climate change,” Norton said. “ExxonMobil will continue to invest in efforts to reduce greenhouse gas emissions while meeting society’s growing demand for energy.”

Several similar lawsuits have been filed around the U.S., including a 2020 lawsuit from the city of Hoboken, New Jersey. The states Connecticut, Delaware, Massachusetts, Minnesota, Rhode Island and Vermont, as well as the District of Columbia, have also filed lawsuits against Big Oil.

“Superstorm Sandy cost the state over $30 billion dollars alone which is why accountability matters. This is especially important when we continue to see harsher climate impacts, more hurricanes, more flooding, and more destruction,” Anjuli Ramos-Busot, New Jersey director for the Sierra Club, said in a statement. “New Jersey cannot afford another Sandy which is why it’s finally time for Big Oil to be held responsible and pay for their climate damages.”