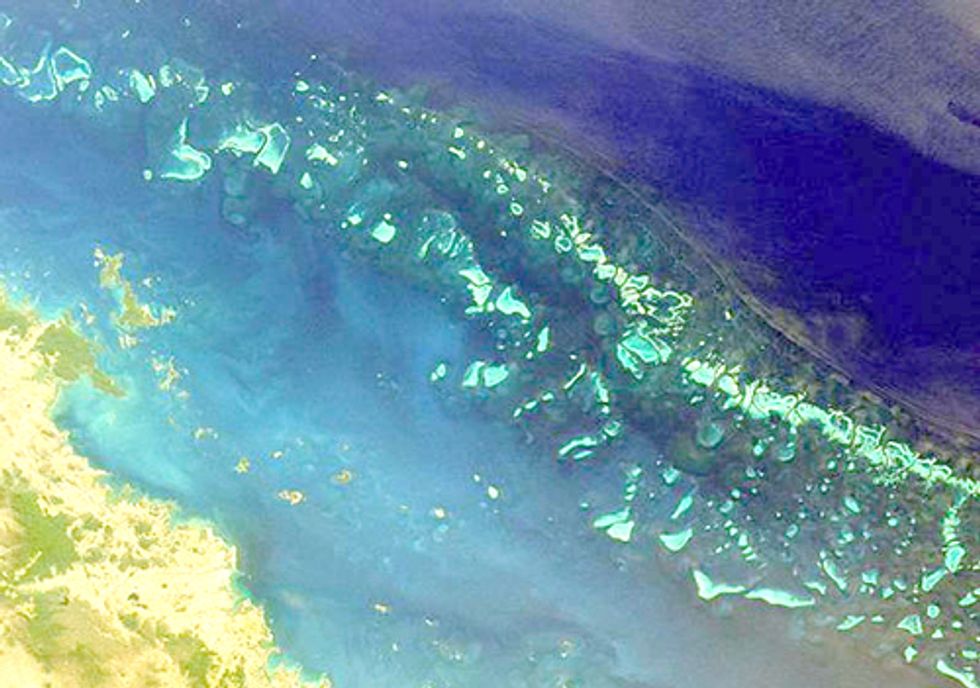 Climate change alone could reduce the economic value of key ocean services by up to $2 trillion a year by 2100, a new study shows—but so many threats are converging on the oceans at once, that a global, integrated approach is urgently needed.

The study, Valuing the Ocean, is the work of an international, multi-disciplinary team of experts coordinated by the Stockholm Environment Institute (SEI). The preliminary Executive Summary released on March 21 sends a strong message to world leaders preparing for the Rio+20 Earth Summit in June 2012—that protecting the oceans must be a priority in global sustainability goals.

The study also includes a groundbreaking analysis on ocean economics, designed to quantify the costs of ocean degradation, which are often invisible in the cost-benefit analyses that guide policy. The analysis calculates the cost over the next 50 and 100 years respectively in terms of five categories of lost ocean value (fisheries, tourism, sea-level rise, storms and the ocean carbon sink) under high- and low-emissions scenarios.

By 2100, the annual cost of the damages from ‘business as usual’ emissions, projected to lead to an average temperature rise of 4°C, is estimated to be $1.98 trillion, equivalent to 0.37 percent of future global GDP. A rapid emission reduction pathway that limited temperatures increases to 2.2 ° C, would ‘save’ (i.e. avoid) almost $1.4 trillion of those damages.

“These figures are just part of the story, but they provide an indication of the price of the avoidable portion of future environmental damage on the ocean—in effect the distance between our hopes and our fears,” says Frank Ackerman, director of SEI’s Climate Economics Group. “The cost of inaction increases greatly with time, a factor which must be fully recognised in climate change accounting.”

And while climate change is an enormous threat, it is not the only one. A key point of Valuing the Ocean is that the convergence of multiple stressors—acidification, ocean warming, hypoxia, sea-level rise, pollution and overuse of marine resources—could lead to damages far greater than just from individual threats.

The study does not put a monetary value on the total projected damages, many of which involve ‘priceless’ losses such as the eradication of species, but it argues that given how much we do know about the potential costs, world leaders should take a precautionary approach and take strong action to protect oceans, even in the absence of complete economic data.

“We must develop an integrated view of how our actions impact the ocean, and threaten the vital services it provides, from food to tourism to storm protection,” says Kevin Noone, director of the Swedish Secretariat for Environmental Earth System Sciences at the Royal Swedish Academy of Sciences, and co-editor of Valuing the Ocean. “The global ocean is a major contributor to national economies, and a key player in the earth’s unfolding story of global environmental change, yet is chronically neglected in existing economic and climate change strategies at national and global levels. We want to bridge these gaps and give a holistic view of the value of the ocean.”

The review presents the latest evidence of the way in which parts of the ocean are being affected by multiple stressors—for example, ocean acidification, ocean warming and hypoxia—which means that the projected damage, and its costs, is much greater than with single impacts.

“We no longer have the luxury of tackling only one issue at a time. We urgently need to devise a management system that works across scales from local to global, and allows us to optimise our use of marine resources in a sustainable way given simultaneous, and often synergistic, threats,” says Julie Hall of the New Zealand National Institute of Water and Atmospheric Research, and co-author of the ‘Impacts of Multiple Stressors’ chapter.

Valuing the Ocean urges policy makers to fully consider the threats to ocean services in broader economic and development plans, including by valuing the massive ‘blue carbon’ absorption potential of marine ecosystems. The authors also call for local measures, such as marine protected areas (MPAs), to boost the resilience of marine ecosystems to insure against the growing risk of extreme events like mass coral bleaching and more intense tropical storms.

But given the enormity of the climate threat in particular, Valuing the Ocean stresses that the only way to avoid huge additional costs and disastrous consequences in the future is by dramatically cutting CO2 emissions.

Valuing the Oceans will be published in the summer of 2012. To view the executive summary, click here.