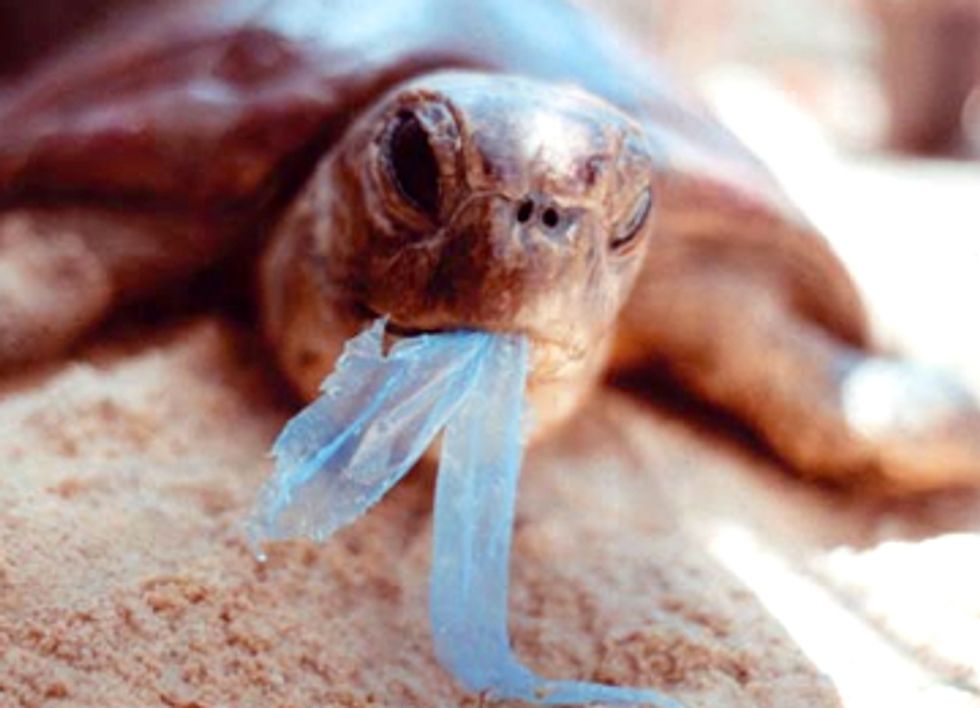 The Los Angeles City Council voted 11-1 yesterday to finalize a citywide ban on single-use plastic bags. L.A. had begun drafting an ordinance last year, and has since completed an exhaustive study demonstrating the benefits of a citywide ban. Once the L.A. ordinance is signed into law by Mayor Villaraigosa, nearly one in three Californians will live somewhere with a plastic bag ban. Sen. Padilla (D-CA) championed a similar measure in the California Senate.

Although used for only a short while, a single-use plastic bag can last for hundreds of years in the environment.

“This important step forward for Los Angeles shows once again that we can achieve lasting victories for ocean and environmental health," said Nathan Weaver with Environment California.

“Banning plastic bags is the right choice to protect our rivers, beaches and the Pacific Ocean. With one in three Californians living somewhere with a plastic bag ban, it's only a matter of time until California bans plastic bags statewide. I applaud the Los Angeles City Council and Sen. Padilla for their leadership on this issue."

Single-use plastic bags are one of the most common garbage items on California's beaches according to the Los Angeles Times. They are a direct threat to ocean wildlife, like the sea turtles that mistake them for edible jellyfish. One in three leatherback sea turtles have plastic in their stomach, most often a plastic bag, based on a study of over 370 autopsies. Plastic bags make up as much as 25 percent, by weight, of all garbage flowing out to sea on the Los Angeles River according to a 2008 L.A. County report.

“Nothing we use for a few minutes should pollute the ocean for hundreds of years," commented Weaver.