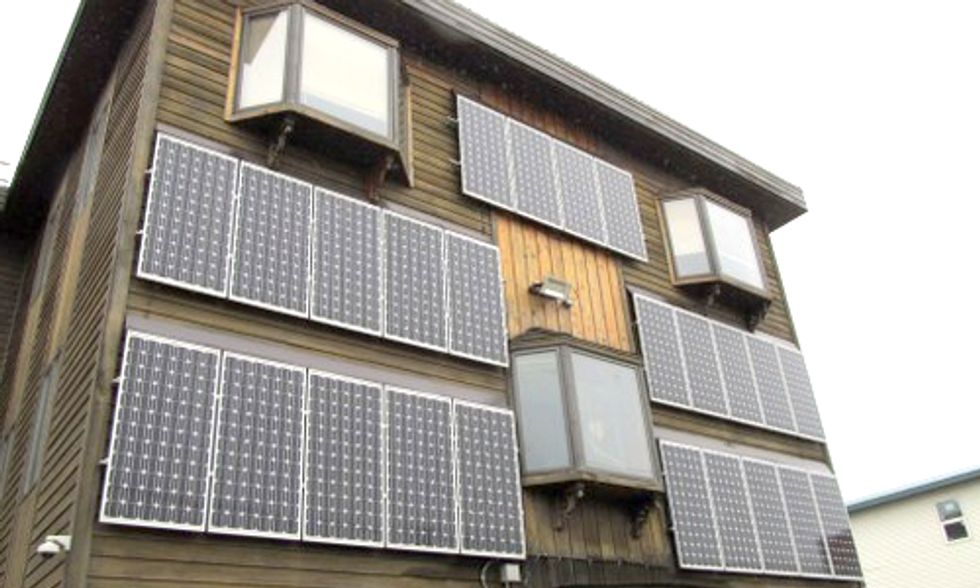 The Skinners were encouraged by their local council to install solar panels on the roof and side of their United Kingdom home, only to later be told by the same officials that their $33,300 energy system presented a threat to the community.

According to Business Green, James and Joy Skinner, both 81, were left feeling confused by the contradiction and betrayed by town officials. The side panels are visible, but face a brewery, seemingly without agitating anybody in a conservation area of Hounslow on the banks of the Thames River. The couple's pre-installation calls to three departments in Hounslow resulted in officials assuring them that enough time remained for them to qualify for the feed-in tariff before it was cut from 21 to 16 pence per kilowatt hour, which is roughly 35 cents to 27 cents in U.S. dollars. They told the family that filing their planning permission after the fact presented a risk, but not a large one.

Weeks later, the Skinners received a rejection letter, requesting that their panels be taken down.

The Skinner family in the the London borough of Hounslow installed side panels similar to the ones pictured on their home, only to be told by local government officials that they prevented a threat to the area's appearance. Photo credit: ReallyBigYear.wordpress.com

"It seems to me so extraordinary and unfair that the council should treat this road in one way themselves, and then [treat it differently] when we're trying to do something that is frankly not of financial benefit to us—in so far as we're in our 80s and not expecting to reap the returns," Joy told the website. "So, we are trying to do this in the public good, for the future of our children and grandchildren."

In subsequent responses, the council stated that the panels hurt the conservation area's appearance. An appeal didn't work in the Skinners' favor, either.

"The solar panels, despite being installed only to the upper stories, appear as an incongruous feature, which detracts substantially from the character and appearance of the conservation area," an inspector's report reads. "It is noted that there is considerable support for the appellant. However, that does not negate the harm to the conservation area which ... should be conserved so that it can be enjoyed for its contribution to the quality of life of this and future generations."

Though Hounslow Council says the family knew what it was getting into, James recalls an energy official telling him what an effectively advertisement the panels would be. James feels like there is more being done to prevent his family from going solar than to figure out climate change, which causes the Thames to rise in front of his home.

"It is extraordinary that the success of the fossil fuel lobby is so great that there is now a change taking place," he said. "Renewable energy investment is now falling and I think [our case] is directly involved with exactly that issue."

Leonie Greene of the Solar Trade Association told Business Green that the Skinners' case shows the need for the solar industry and local governments to get on the same page. She also believes the town council could have been less encouraging in their dealings with the family.

"There's a lot of confusion around the rules in conservation areas and councils as well as homeowners are often confused about what they can and can't do," she said. "If people are in doubt, they need to talk to the local council, but in this instance James did, which suggests the industry and government need to do more to make the planning rules clear."