Life Size LEGO Figurines Descend on NYC to Save the Arctic 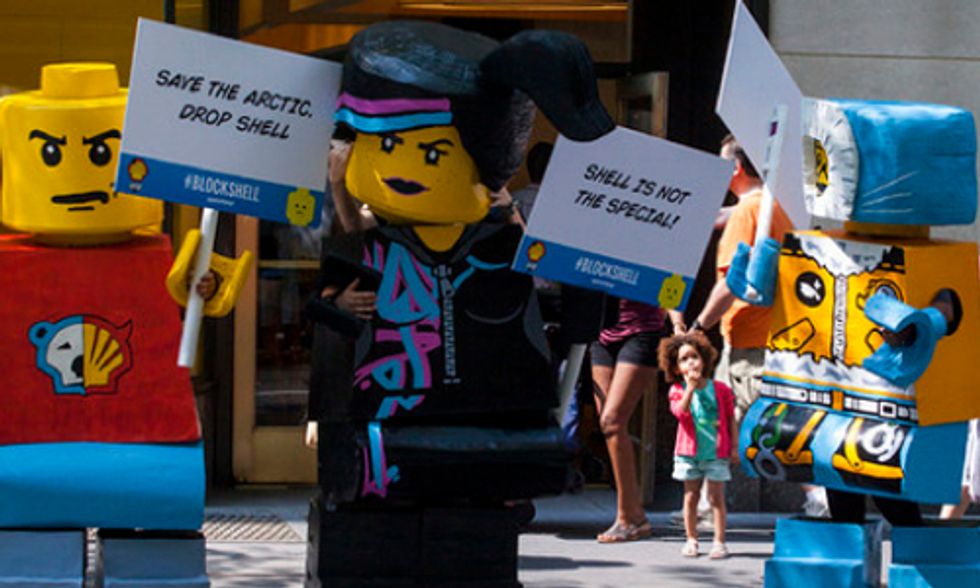 Today, Greenpeace brought their message to Rockefelller Plaza, with activists dressed as life size LEGO figurines descending on the LEGO store in Manhattan.

“We love LEGO, but this partnership with Shell has to end," said Greenpeace USA Arctic campaign specialist Tyler Sanville. “By putting Shell's name on its toys, LEGO is letting a cynical oil giant use the LEGO brand to get into millions of kids playrooms. It's time for LEGO to stand up for the Arctic, and for kids, by ditching Shell for good."

The environmental group claims Shell is using LEGO to neutralize controversy around its Arctic drilling program that has faced fierce criticism since 2012. During that same time, 16 million Shell-branded LEGO sets were given away or sold at gas stations in 26 countries. LEGO has confirmed that a further co-promotion between the two companies has been agreed to, with the most recent two-year deal valued at $116 million.

The seven giant “minifigs," including characters from the LEGO movie, carried signs while activists delivered a letter to the store manager requesting an end to the co-branding partnership.