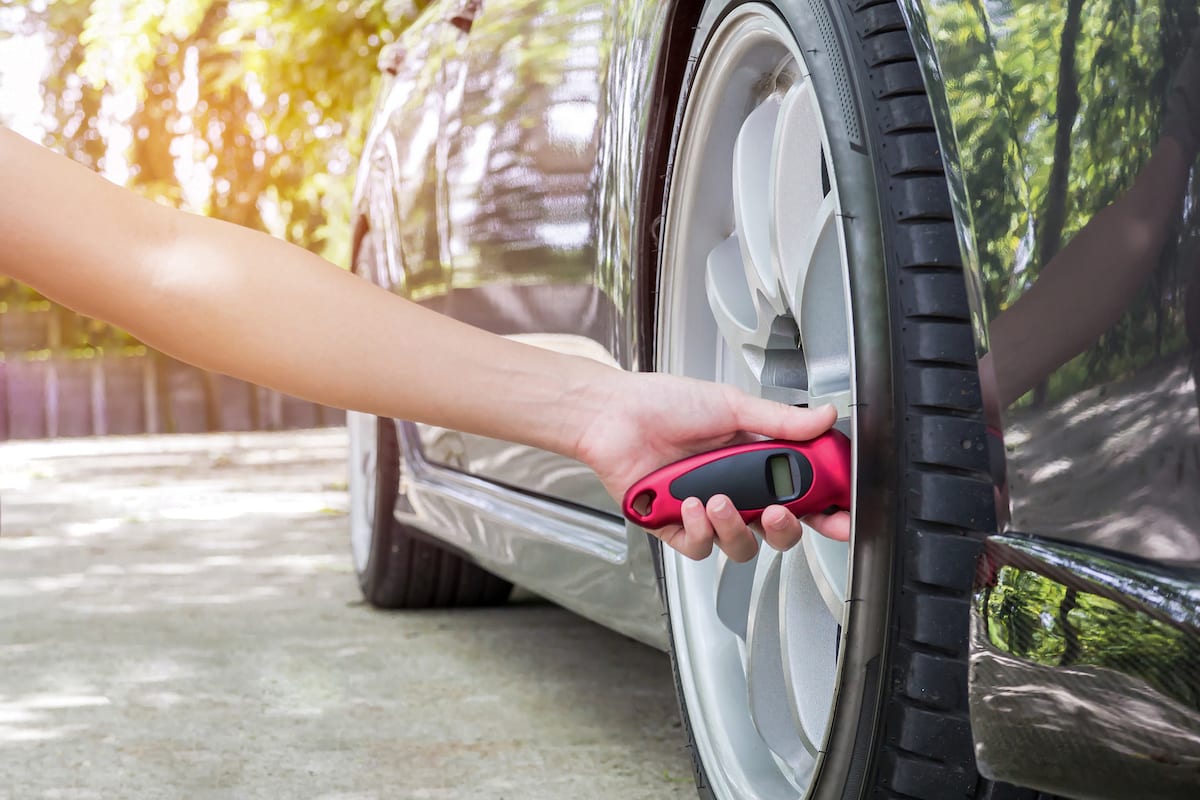 Gas prices are at record highs, with the average gallon going for $4.80 in the U.S. With the summer travel season upon us, more people are on the road, and that high gas bill is sure to sting. To save money at the pump, make sure you’re using fuel efficiently — and, in turn, reduce climate-warming greenhouse gas emissions.

The transportation sector accounts for 27% of all domestic GHG emissions, making it the largest contributor of any sector. But, if Americans reduced their personal driving by 10%, 110 million fewer metric tons of carbon dioxide would be emitted each year: the equivalent of taking 28 coal-fired power plants offline. To accomplish this 10% reduction, every driver in the U.S. would have to cut their travel by 1,350 miles. Here are a few simple ways to use less fuel and keep your tank fuller for longer.

Keep Up on Maintenance

Taking care of your car and performing routine maintenance will ensure that it runs as efficiently as possible. Rotate tires every 5,000 to 8,000 miles, keep the air filter clean, and change your motor oil every 3,000 to 4,000 miles. Properly-inflated tires can also improve gas mileage by over 3% (and it’s safer); check every month that your tires are inflated to the maximum recommended PSI (pounds per square inch) for that make and model.

Ditch the extra weight, and don’t carry any unnecessary items around: vacation luggage you haven’t gotten around to unloading, bags of Goodwill donations, or sports equipment from last week’s game can add up to extra fuel. Excess weight creates a drag on the engine, and 100 extra pounds can lower the fuel economy of a vehicle by 2%, according to Forbes. Take what you need, and leave what you don’t!

It’s nice to get into a car that’s already been warmed up or cooled down, but those extra minutes burn fuel before you’re even on the road. Older cars might take a little longer to warm up, but newer cars are ready to go in under a minute.

An ice-caked windshield or leather seat that’s hot to the touch might add to warmup time. Cover the windshield in the winter to keep ice and snow from collecting, and use a windshield sun shade in the summer to keep the car’s interior from baking.

Reduce drag and make your car more aerodynamic — and more fuel-efficient — by keeping sun roofs and windows closed on the highway. Roof racks and carriers also add extra weight and reduce the aerodynamics of the car. Consumer Reports found that a car’s mileage dropped nearly 11% when a roof rack was added, and 19% with both a rack and a rooftop carrier. Take them off the car and store inside after a trip, and reinstall when you need them next.

Slow Down, Cool Down

According to the U.S. Department of Energy, while different cars reach their optimal fuel economy at different speeds, gas mileage usually decreases at speeds above 50 mph. So, taking your time (and following the speed limit) will help you drive more fuel-efficiently.

Aggressive driving can use a lot of fuel; accelerating hard at green lights and breaking suddenly at red ones uses more gas than making calmer starts and stops. Drive at a consistent speed, and use cruise control on the highway when possible.

If you’re picking up a friend, bringing in the groceries, or otherwise waiting at the curb, turn off the engine. Idling uses a lot of fuel — more so than restarting the engine, according to the Sierra Club — and can consume as much as one gallon of gas per hour. That means skipping the drive-through and ordering inside is better for your gas tank too — and if, by a stroke of terrible luck, you’re stuck in stand-still traffic, turn off the car until things get moving again.

Wrong turns add up, as does sitting in traffic. The U.S. Department of Energy reports that traffic on the highway can lower gas mileage by 15 to 30%, and stop-and-go traffic by 10 to 40%. Avoid rush hour if possible, and check maps ahead of time to see which routes are congested (and how to get to your destination correctly). If the coast is clear, opt for the highway when possible to minimize repeated stopping and starting.

When driving at high speeds, manual-transmission vehicles burn more fuel when they’re in a low gear. A car’s RPM (revolutions per minute) is higher at low gears, and the higher the RPM, the more fuel is being used to produce torque and propel the car forwards. At about 40 mph, a vehicle uses 25% more fuel in third gear than it would in fifth, says The Globe and Mail. Don’t delay shifting into high gear once you can.

Glide to a Stop

Give yourself time to stop slowly at stoplights and stop signs. If you see a stop ahead, glide slowly towards it rather than using the gas and slamming on the breaks when you reach it. However, avoid gliding unless there’s adequate distance between you and other drivers behind you; the absence of brake lights might cause confusion and accidents.

Opt for Alternative Forms of Transportation

Instead of driving to work or school alone, coordinate with coworkers or fellow students to commute together, and split the cost of gas as many ways as there are people in the car. Or, skip the car altogether, and opt for an alternative form of transportation. Especially for short trips, explore options on foot, by bike, or via public transportation. In large U.S. cities, about 50% of all car trips are under 4 miles — a distance often accomplishable by bike, bus, or train. The best way to use less gas is to use none at all!

Wealthiest 10% Responsible for Nearly 50% of Greenhouse Gas Emissions, Study Finds
A new study has highlighted the inequality underriding the climate
By Olivia Rosane
EV Charging Stations Approved for 50 States Plus DC and Puerto Rico, Covering 75,000 Highway Miles
The invention of the first crude electric vehicle (EV) around
By Cristen Hemingway Jaynes
U.S. Bitcoin Mining Pollutes as Much as 6 Million Cars Annually, Report Finds
The U.S. bitcoin industry produces as much climate pollution every
By Climate Nexus