Find Out Who's Behind Banning Plastic Bag Bans​ 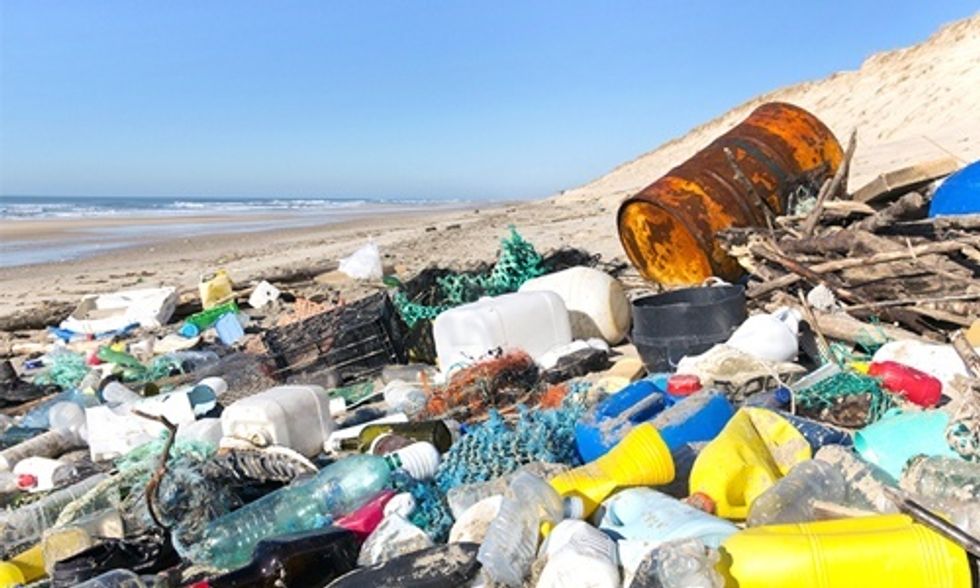 Plastic bag use has become ubiquitous in many parts of the world as a cheap and convenient means of transporting items. Meant for one-time usage, plastic bags have left a deep imprint on the planet. All over the world, countries are taking action by either banning lightweight plastic bags, charging for them or generating taxes from the stores that sell them. Among the countries that have banned plastic bags outright are Rwanda, China, Taiwan and Macedonia. In the U.S. more than 100 counties and municipalities have banned plastic bags, with California being the first to impose a statewide ban.

However many of these important measures are in trouble in the U.S. California’s landmark legislation is now officially on hold, with a referendum to repeal the ban added to the ballot for November 2016. Florida and Arizona have both already passed bills making the banning of plastic bags illegal. Powerful and large special interest lobbying groups are behind these “ban bans” as well as litigation aimed at already existing bans. Outside interests are funding these efforts to dissuade and dismantle local level legislation. Primary among them is the Progressive Bag Affiliates, funded by the largest plastic bag manufacturers in the country and the American Chemistry Council.

On March 26, the Georgia House defeated Senate Bill 139, legislation prohibiting cities and towns from restricting plastic bags and other single-use items. Right up to the vote, this was a heated issue with both sides trying to garner support. I testified in opposition to the bill because I am passionate about instilling the values of reusing and recycling, as well as supporting legislation that makes good common sense. This bill did not.

Take for instance the two Georgia communities where interest in these restrictions has been gaining the most steam, Athens-Clarke County and Tybee Island. Tybee Island citizens are combating the ruinous effect plastic waste has on their coastline. Not only do they depend on tourism as a mainstay of their economy but they are home to five of the world’s seven species of sea turtles. Sadly, turtles ingest the plastic bags, posing significant health risks and even death. In Athens-Clarke County, citizens are struggling to meet their waste-diversion goals as landfills are filling up. These bags pose a problem not only in traditional waste environments but recycling facilities as well. Plastic bags are more difficult to recycle and can damage expensive equipment.

Let’s be real about plastic bags; they are non-biodegradable, cause huge build-ups of litter, endanger animals, increase our foreign dependence on oil and poison our waters. We trade all of this for mere moments of convenience. Americans use and dispose of an unfathomable 100 billion plastic bags annually and at least 12 million barrels of oil are used per year to manufacture them.

Last year Tybee Island taxpayers spent $600,000 on beach cleanups and related waste management without help from the state. Nationally, only an approximate three percent of plastic bags are recycled each year. These bags can take thousands of years to break down, but due to the nature of their materials they don’t really fully decompose. As such, there is a tremendous amount of one-use plastics that wash down our storm drains and into our rivers, lakes and ultimately, our oceans. Once exposed to the harsh conditions of saltwater and sun the plastics break down into smaller and smaller pieces.

This oceanic plastic pollution, driven by powerful circulating currents, accumulates into five giant garbage patches, the largest, estimated to be twice the size of Texas, is in the Northern Pacific. And this is only what we can see on the surface; the amounts that lie below are much, much greater. This plastic pollution doesn’t accumulate forever, rapidly fragmenting in the gyres, it is pushed outward across the planet, where it washes up on beaches or settles on the seafloor, much like smog does in the air.

Here in Georgia, the impact of plastic bags is plainly evident on our beloved Chattahoochee river and the network of creeks and streams in the river basin. Carried by heavy rains, you can see hundreds of these bags in tree and shrub branches, true eyesores, too high to be reached by volunteers who participate in regularly scheduled cleanups. The good news is we are slowly waking up to this man-made crisis, with localities passing their own legislation to reduce plastic bags across the country.

Some companies are already taking steps on their own. Whole Foods will credit you for bringing your own bags, which you can then contribute back to the many causes of the Whole Planet Foundation, my favorite being microenterprise lending to poor women. At Costco, they do not offer bags at all, although you may reuse their cardboard packing containers.

In Georgia, we have been victorious in deterring powerful outsider groups from interfering in our local politics and stopping important legislation. Unfortunately, this is only the beginning. One of the best ways you can make a difference is by starting at home and implementing a family policy of the four R’s—Reuse, Reduce, Recycle and Refuse. Just refuse plastic bags and other one use throw-away items. You can also visit the Plastic Pollution Coalition and the 5 Gyres Institute websites to learn more on the threat of plastic waste.