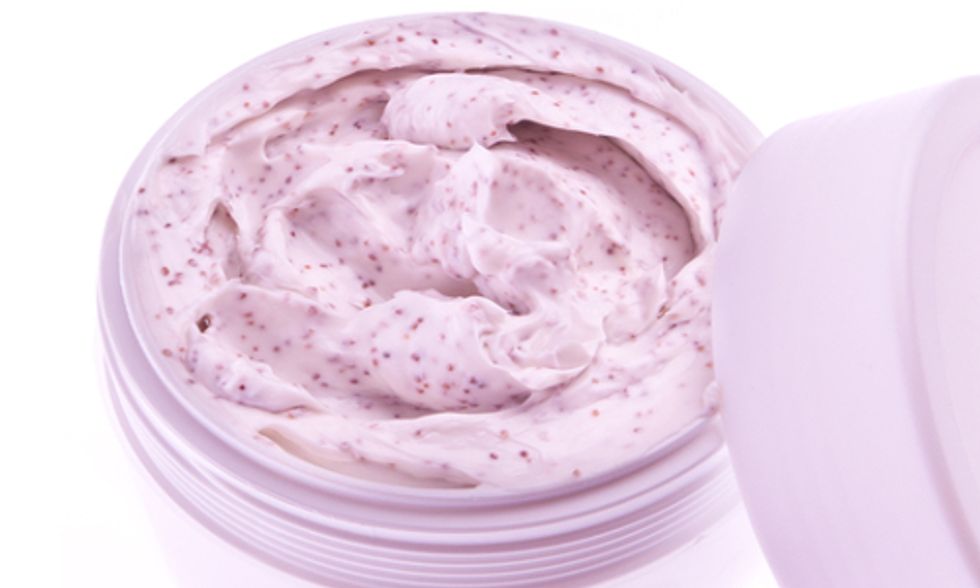 Plastic microbeads, often found in personal hygiene products, are getting rinsed down the drain and ending up in the Great Lakes and other waterways.

To alert customers to these barely visible plastics, a new smartphone App lets consumers scan barcodes to see if a product contains the beads.

The App was developed by the North Sea Foundation and the Plastic Soup Foundation, both based in the Netherlands.

The beads are used in many common consumer goods as abrasives, said Sherri A. Mason, an associate professor of chemistry and the program coordinator of environmental sciences at State University of New York–Fredonia.

“They’re also used in boat cleansers and other products as well,” said Mason.

The plastic pollution is simply the result of people washing their faces and brushing their teeth, she said. “It’s an unfortunate reality that people just go to the store and see products that look really cool, like a bottle that has floating beads in a clear liquid,” she said. “They are appealing to the eye from a marketing standpoint but then they wash their face and the beads go down the drain.”

Manufacturers sometimes place the small beads in products to give consumers an exfoliating scrub.

“In personal care products they act to gently scrub away dead skin in much the same way a sponge would,” as listed in Johnson and Johnson’s ingredient policy.

The problem is that wastewater treatment plants are not equipped to filter or break the plastics down, according to Mason.

“Wastewater treatment plants were designed in the 1940s,” Mason said. “A wide variety of pharmaceutical products don’t get removed either, you find these chemicals such as birth control or Ibuprofen. You find various soaps and makeups, things that people use and then they wash down the drain, and the wastewater treatment plant wasn’t used to rid these products from the water.”

Mason doesn’t worry that the tiny plastics are getting into drinking water. That water goes through fabric filtration systems before reaching taps.

It is wastewater that concerns her.

“We have different standards for wastewater than for drinking water,” she said. “We don’t think of the need of cleaning it up to the same degree.”

The plastics can be digested by aquatic life like plankton or zebra mussels and then passed along the food chain to human consumption, Mason said.

The beads can pick up on other pollutants in the water and pass it along to humans, according to the 5 Gyres Institute.

The 5 Gyres Institute, a nonprofit organization that researches plastic pollution in the ocean, recently teamed up with Mason to study how much plastic is accumulating in the Great Lakes.

Preliminary studies have found plastic particles in the guts of fish, according to Mason.

“I tend to just remind people that water is a fundamental necessity of life, It’s the first thing we do when we go to other planets, we look for water,” said Mason. “Life can’t exist without water. The fact that we’re contaminating it with something that never goes away and is so small that it can be eaten by plankton and then accumulate up the food chain—it’s fundamentally something we shouldn’t be doing.”

The highest concentrations were found in 2012 in Lake Erie. Researchers found polyethylene and polypropylene that included traces of aluminum silicate and coal ash, often coming from coal power plants. Some of the samples had 450,000 particles of plastic per square kilometer. With lakes so vast—they are 20 percent of the world’s fresh surface water—it is hard to determine just how much plastic is going into them, Mason said.

The free App has three alert settings to tell you if a product contains harmful plastic. The red alert means that it has microbeads. Orange means that it has them now, but the manufacturer has decided to begin phasing out the plastics, and future products will no longer contain the beads. Green means the product is microbead free.

Researchers began asking companies to phase out the use of the tiny plastics in 2011, according to 5 Gyres. Unilever and Johnson and Johnson promised to phase them out.

“We have stopped developing new products containing plastic microbeads and we are currently conducting an environmental safety assessment of a promising alternative,” according to Johnson and Johnson’s ingredient policy.

Meanwhile the key is publicity, Mason said. “I appreciate the companies saying they plan to phase them out in a few years; I would like to see people make a choice to change their products now. It’s very easy to go to the store and find things on the shelf that don’t use plastics and use apricot seeds or walnut husks as natural products as their exfoliants.”

People often don’t know the scientific language and terms of these tiny plastics when reading labels on products, according to Mason. “I think this App is very helpful and very useful. People are often asking me because they don’t know what to look for on the ingredients, so having a color coded App on their phone can be beneficial.”