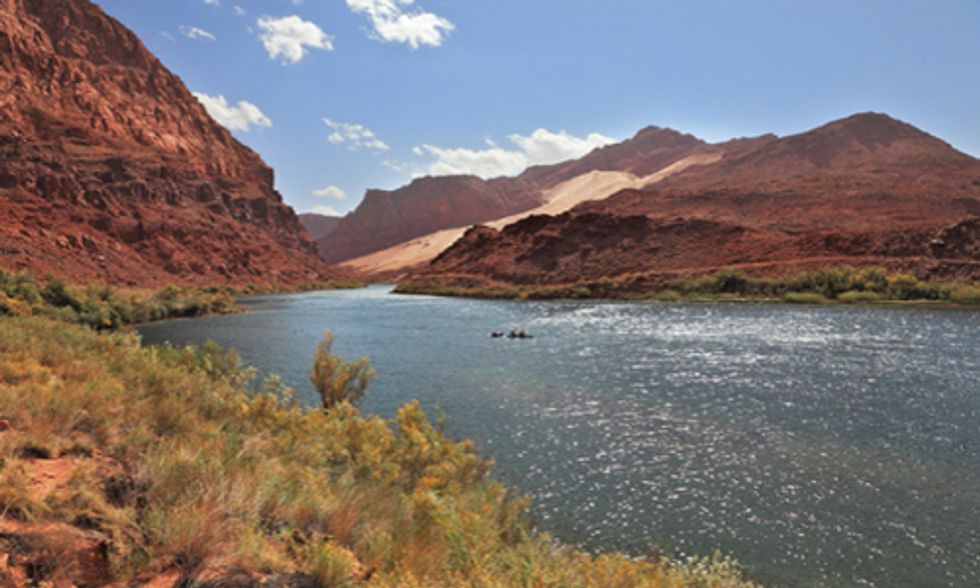 The issues facing the Colorado River Basin are as vast as the watershed itself.
Photo credit: Shutterstock

With 35 million people in the southwest dependent in some way on the river and thousands of species impacted by its ecosystem, Colorado River Connected is inviting hundreds of environmental and community groups in the region to join the coalition to coordinate and magnify their efforts to preserve the Colorado River watershed. It will focus on the impact on the river of dirty energy projects, water diversion and climate change.

“The issues facing the Colorado River Basin are as vast as the watershed itself,” said Pete Nichols, national director of Waterkeeper Alliance. “We are excited that Colorado River Connected will be bringing people together from the entire region to heighten awareness and speak with one voice for the river, their communities and the watershed."

While residents of southwestern states like California, Nevada, Arizona and New Mexico are well aware of the prolonged drought and its impact on their lives, most don't know as much about the potential effects of proposed "voracious" water diversions or pollution-generating fracking, oil shale and tar sands developments, say members of Colorado River Connected.

"Between unparalleled dirty energy development and multiple plans for major water diversions, Utah and the upper basin states are demonstrating total disregard for cities such as Phoenix and Las Vegas that depend on Colorado River water for their survival," said Dan Mayhew, chair of the Utah Chapter of the Sierra Club. "It's time downstream users became fully aware of the magnitude of these threats and take action before it's too late."

A drill pad in the Moab Valley area of Utah overlooking the Colorado River is one of many dirty energy operations threatening to pollute the river. Photo credit: Colorado River Connected

"Whether you're a San Diego mom, a Tucson water manager or a Las Vegas doctor, if you’re drinking water from the Colorado River, you better pay attention to what is going on in Utah and Colorado," said Tim Wagner, executive director of Utah Physicians for a Healthy Environment. "Between an explosion in fracking for gas and oil, and Utah's love affair with tar sands and oil shale, the Southwest's water supply is threatened like never before."

Colorado River Connected expects that by channeling the energies of many groups, it can provide a louder voice to balance those of industries looking to exploit the river for their own profit. It will advocate for changes in water management, pushing for policies that acknowledge and address threats to the watershed and those that depend on it.

“Since the dedication of Hoover Dam in 1935, the Colorado River has been the leading model for water governance worldwide,"said John Weisheit, conservation director of Living Rivers and Colorado Riverkeeper. "This 80-year experiment is about to fail and shortages are eminent because developers continue to plan for water intensive projects without any regard to the watershed’s natural heritage or the public trust. If concerned citizens don’t unite and turn this pattern of unbridled consumption around, a watershed train wreck will indeed occur."