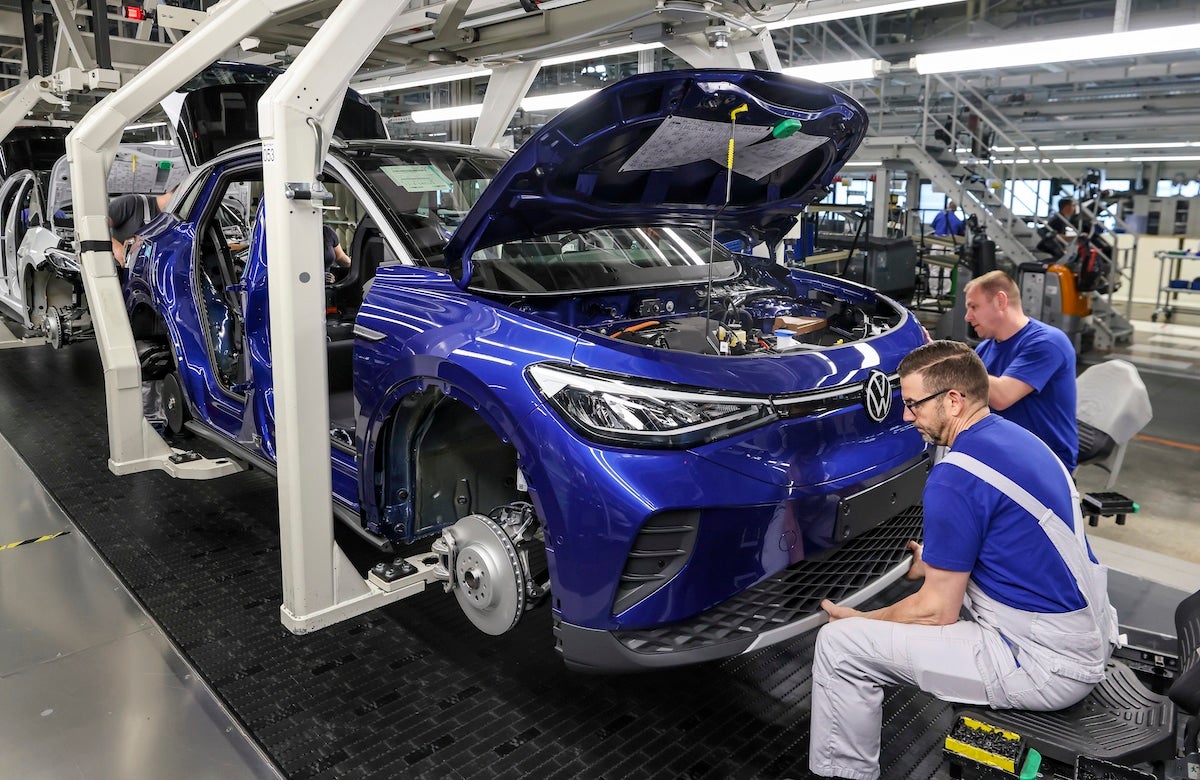 Although you don’t need to pay for gasoline to fuel up an electric vehicle, driving one still comes with a carbon emissions price tag. However, according to a science advocacy nonprofit, the emissions associated with an electric vehicle throughout its lifetime —  meaning production to driving to disassembly and disposal —  are still dramatically lower than their gasoline-powered relatives.

In a recently released report, the Union of Concerned Scientists analyzed emissions data to determine that for almost the entire population of the U.S., driving an average electric vehicle would be less emissions-intensive than an average vehicle with an internal combustion engine. Just 3% of Americans would be better suited with an average gasoline-fueled vehicle, although the report did not make clear which areas that included.

But even if you drive in the highest-efficiency, gasoline-fueled vehicle currently available for purchase, more than 90% of Americans live in an area where driving the average electric vehicle would still produce lower emissions.

Specifically, direct tailpipe emissions from driving a gas-fueled car were higher than driving an electric vehicle, the report authors found.

However, the organization identified various obstacles to electric vehicle manufacturing and charging that need to be cleared before greater emissions reductions can be achieved. Among the concerns is the fact that powering up an electric vehicle is only as climate-friendly as the electricity is to charge it, meaning an electric vehicle backed by solar energy would result in fewer charging emissions than one supported by a coal-heavy power grid.

But even when accounting for these production-related emissions, the electric vehicle was found to be the climatologically better option.

“The value of switching from gasoline and diesel cars and trucks to EVs will increase further as the electricity grid and manufacturing become cleaner,” the report explained, adding that “most of the global warming emissions over the lifespan of a vehicle occur during its use, so the reductions from driving an EV more than offset the higher emissions from manufacturing.”

This was the tenth year that the Union of Concerned Scientists has tracked and compared the lifetime emissions of electric and internal combustion engine vehicles —  and the year with the most divergent total emissions. In their inaugural 2012 analysis, the organization found that only 46% of Americans lived where an average new battery-electric vehicle had lower lifetime emissions than a new gasoline-fueled car with a 50-miles-to-the-gallon tank.

“Since then, the net benefit of driving an electric vehicle instead of a gasoline-powered vehicle has grown significantly,” the report concluded, primarily because the grid has become cleaner as more renewable energy projects come online.

Bridget Reed Morawski
Bridget is a freelance reporter and newsletter writer based in the Washington, DC, area. She primarily writes about energy, conservation and the environment. Originally from Philadelphia, she graduated from Emerson College in 2016 with a degree in journalism and a minor in environmental studies. When she isn’t working on a story, she’s normally on a northern Maine lake or traveling abroad to practice speaking Spanish.

Carbon Emissions Labeling on Menus Can Help Reduce Diners’ Carbon Footprints
Earlier this year, the UK began requiring cafés and restaurants
By Cristen Hemingway Jaynes
Will Paris Ban Electric Scooters?
Could the City of Light ban the electric scooters that
By Olivia Rosane
Europe’s Largest Battery Storage System Goes Live in UK
As the UK braces for the first full winter since
By Olivia Rosane