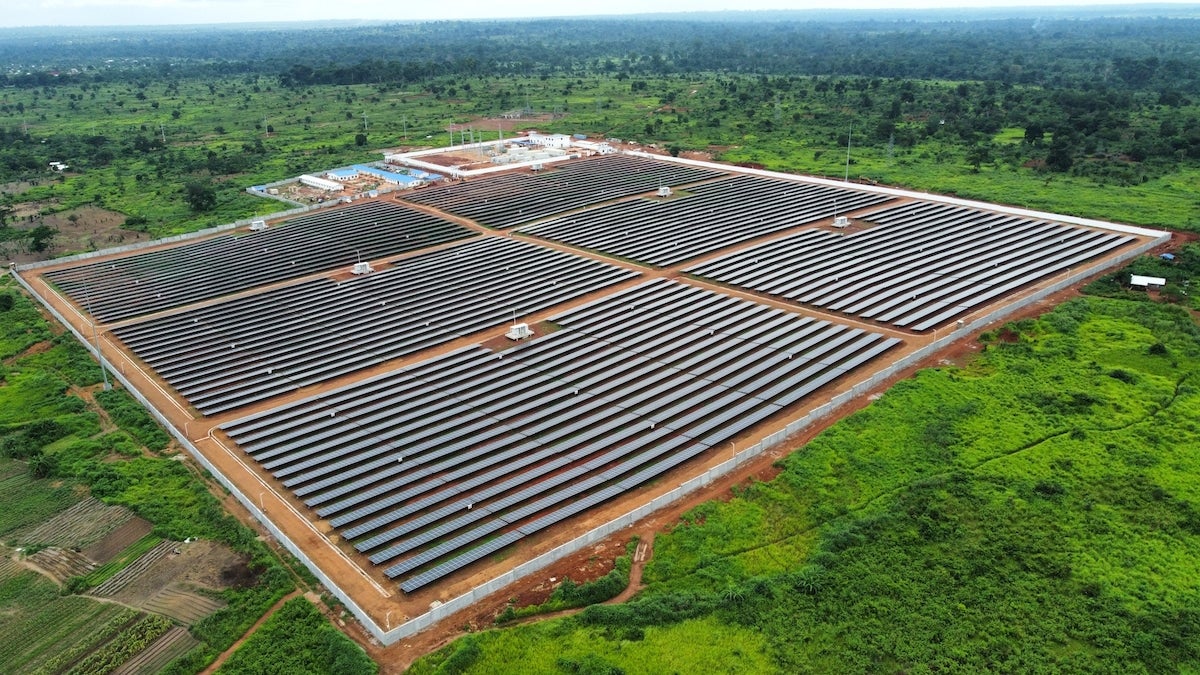 A solar power plant in Bimbo, near Bangui in the Central African Republic on June 2, 2022. Tianjin Electric Power Construction / Handout via Xinhua

A new analysis released Monday details why nations across Africa would be wise to set their sights on massive investments in renewable solar energy and avoid the pitfalls of the so-called “Dash for Gas” paradigm that would staddle economies with stranded assets, waste billions in costly fossil fuel infrastructure, and increase financial instability over the coming years.

The new Carbon Tracker report — titled African Sun: Why Solar Not Gas Offers Continent the Best Economic Opportunity in the Transition — argues that a rejection of dirty fossil fuels in favor of renewables means that “electricity will be the backbone of Africa’s economic future, with solar leading the way.”

While some government leaders in Africa have backed the push by oil and gas giants to accelerate exploration and development of coal, oil, and gas resources, progressive economists and climate campaigners have urged nations not to follow the path set forth by other petrostates or countries in the Global North that mined and burned their way through the fossil fuel age.

The report warns as richer nations, especially in Europe, continue to move away from burning oil and gas that “demand for Africa’s crude oil and natural gas will dwindle as the world gets deeper” into the green energy transition. Decreased demand in turn will lead to lower oil and gas prices that will make it harder for costly pipelines and other infrastructure projects to produce the promised returns on investment — all this at a time when the cost of renewables continues to fall and the promise of wind and solar is being realized worldwide.

“The energy transition from fossil fuels to renewables is inevitable and irreversible,” said Kofi Mbuk, lead author of the report, in a statement. “The growth in energy demand globally and regionally is now being met by renewables and squeezing out fossil fuel demand. In Africa — and across emerging economies — solar and wind offer the best route for economic development.”

With climate leaders from around the world still gathered at COP27 in Egypt, the call for renewable energy in Africa has been promoted by many advocates who argue there is no reason for the Global South to follow a dirty energy path.

The new report points out that while the burning of gas and coal currently provides nearly 60% of Africa’s electricity generation capacity, the geographic location of the continent provides ideal conditions for solar energy. But even “with over 50% more sunlight than in the Global North,” the report states, large-scale solar deployment in Africa has been “held back by lack of finance, poor electricity infrastructure, and political and social instability.”

The report, as Carbon Tracker notes in a statement,

calls on African policymakers to incentivize private investment by creating a stable regulatory environment with supportive revenue models for solar. They also need to adopt policies to build robust and efficient grid infrastructure that supports the deployment of renewables and addresses instability challenges.

Mbuk says that with the cost of renewables falling, it makes little sense economically for Africa to put itself on a path toward increased fossil fuel use.

“The cost of solar continues to fall dramatically and this means African countries have the opportunity to unlock huge pools of private and public finance for their energy transition,” he said. “By the end of this decade, we project that across Africa it will be cheaper to generate electricity by building new solar than continue to run both coal and gas power plants.”

Switching From Gas to Induction Stoves Leads to Major Drop in Indoor Air Pollution in Bronx Pilot Program
In a pilot program in the Bronx, New York, a
By Paige Bennett
Despite Energy Crisis, Wind and Solar Broke EU Electricity Generation Records in 2022
2022 was a difficult year for the European Union energy-wise.
By Olivia Rosane
Exxon Wallows in Record-Breaking Profits in 2022
What could dwarf Chevron's biggest-ever profits of $35.5 billion in
By Climate Nexus