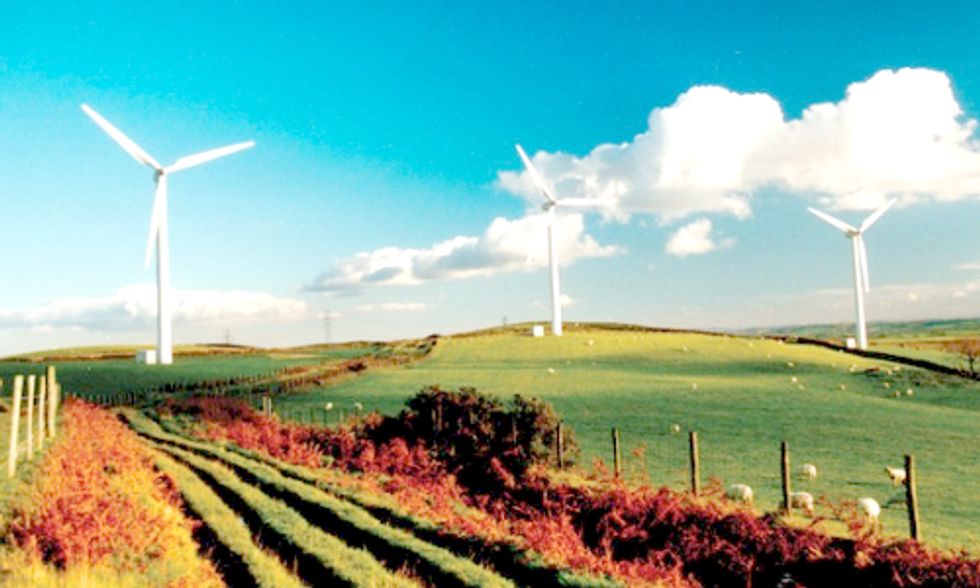 The last 12 months have brought a lot of change to the world—some good, some less so; some too fast, some too slow. But in the energy space, the essential transition to energy that is cleaner, healthier, lower-cost and more secure is definitely underway in the U.S.

This year, we saw strong signals that we’re moving in the right direction on energy, with renewables like wind and solar (going up), coal (going down), renewables integration (looking good), and energy storage (on its way). Here’s a look at some of the year’s highlights.

1. Wind is getting cheaper all the time.

Utilities keep finding wind energy at Black Friday-worthy prices, as my colleagues have noted (here and here, for example). Long-term wind contracts are now more than 40 percent cheaper than they were just three years ago.

The uncertainty around extension of the Production Tax Credit—which finally came only after the New Year’s champagne was gone—made for a slow start to 2013 overall. But things have picked up, with 7,500 megawatts of wind under development by the third quarter. Now we just need another PTC extension to keep the party going.

2. Solar’s looking better all the time.

Third-quarter figures released last week show that solar continues to thrive, with costs continuing to drop and Q3 being the second-best quarter ever. The U.S. is even on track to potentially install more solar than the world leader, Germany, for the first time in 15 years.

While photovoltaic (PV) tends to attract most of the attention, 2013 has been an important year for progress on concentrating solar power (CSP), too. In October, the first U.S. solar plant with thermal energy storage, Solana, started churning out the kilowatt-hours. And the world’s largest CSP facility, Ivanpah, was getting set to begin commercial operation.

Current levels of renewables are still plenty manageable for regional electricity grid operators used to dealing with the ups and downs of both the supply side (big plants going offline unexpectedly) and the demand side (us not coordinating when turning our fridges and ACs on and off).

Grid operators have continued to find, though, that they can handle much higher levels of variable renewables like wind and solar. A study by grid operator PJM, for example, found that they could get 30 percent of their electricity from wind and solar by 2026, with very little need for extra back-up generation.

4.  Storage is moving onto the stage.

Forward-thinking locales are forward thinking about making sure storage can help with that integration of increasing amounts of renewables. In October, California’s public utilities commission moved to jumpstart energy storage in the state, putting in place a storage requirement for the state’s largest utilities.

Most of the reasons to celebrate are positives, but some are negatives, in a good way. The economics of coal vs. natural gas and wind mean that tens of thousands of megawatts are moving into retirement—including, in just the past few months, plants like Brayton Point, New England’s largest coal plant, and a raft of TVA units.

And the market clearly isn’t done dealing with coal yet. A just-released Union of Concerned Scientists analysis showed a total of an additional 59 to 71 megawatts of coal that is “ripe for retirement”.

Creating clear expectations about what we want from the power sector, carbon-wise, is another key part of a successful energy transition. This year brought really important draft standards for new power plants; standards for existing plants are due up next year.

Another “positive negative” for 2013 has been the failure of efforts to weaken clean energy policies across the country. While fossil fuel-funded groups and their allies continued to peddle misinformation to turn people against renewables and efficiency, Truth repeatedly won the day.

The power of the positive was visible recently in the tremendous public pushback on attempts to weaken solar support in Arizona, and in a leading legislative opponent’s failed attempt to undercut Ohio’s clean energy laws.

Instead of the rollback, as a colleague noted, 14 new pro-renewables laws came into being across the country.

So, lots of good stuff happening. Our work is far from over—we’re still too hooked on fossil fuels, and suffering the public health impacts; carbon pollution is continuing to climb globally; and opponents of climate and energy progress keep coming up with new and different ways of muddying the decision-making waters. But the clean energy transition is underway.

Where the transition is taking hold, we need to make sure that changes are smooth and just. That communities hosting renewable energy get maximum benefits and minimal downsides. That people affected by coal’s decline (or natural gas’s rise) get support for finding their way to a better future.

Overall, 2013 has given us plenty to celebrate this holiday season. Here’s to a great new year!