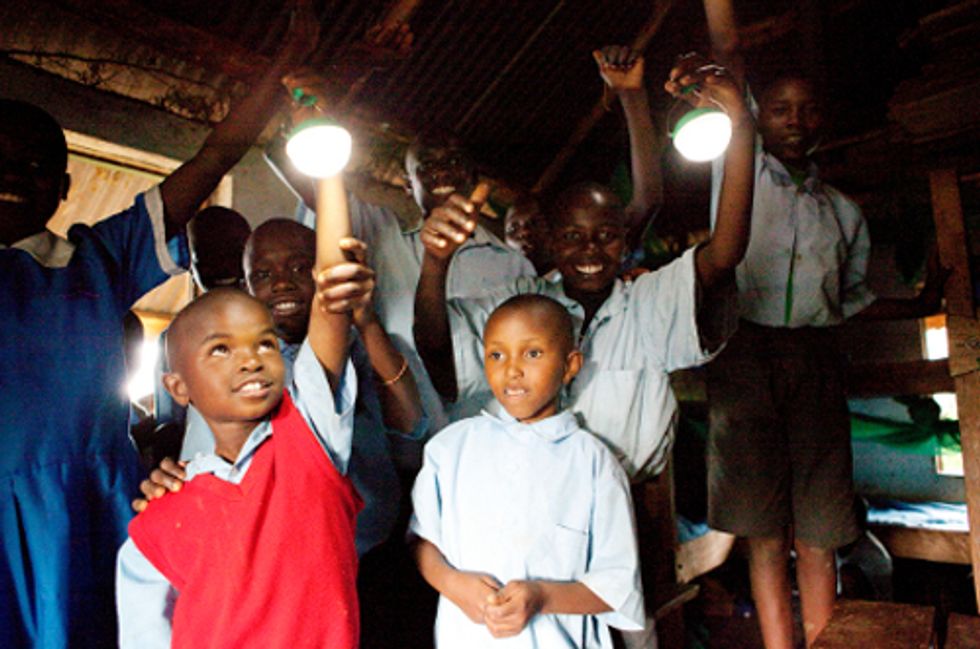 A Denver, CO firm began selling two solar LED lights this week, including one for $6 that the company believes is the most affordable in the world.

Nokero announced the addition of the N180-Start and N222 models to its line of solar lights. Both are small and ideal for desktop use or camping, but Nokero, which is short for "no kerosene," envisions the products impacting society in a much larger fashion.

Nokero's lights are aimed at eliminating kerosene as a lighting source for the impoverished. Photo credit: Cheyenne Ellis

“I’ve met people in Africa and Asia who walk for miles to spend significant income on kerosene fuel for light,” said Nokero CEO Steve Katsaros, who founded the company as a social enterprise in 2010. “Prices fluctuate wildly, and are often controlled by cabal, so people don’t know what the kerosene will cost. They also know it’s dangerous and even deadly to burn this dirty fuel in their house, but they don’t think they have another option.”

Kerosene fires kill more than 1 million people each year, according to the International Energy Agency. Katsaros said the company designed the $6 N180-Start for those who make less than $5 a day and rely on kerosene as a light source.

About 20 percent of the world lives without electricity, Nokero estimates.

One solar lantern could replace 600 liters of kerosene and cut 1.5 tons of carbon dioxide emissions over a decade, according to a Cleantechnica review of the products.

"The challenge was to bring the price down without sacrificing quality,” Nokero Chief Operating Officer Stephanie Cox said.

The lights come with rechargeable batteries and clips that make it easy to hang them outside. An internal solar panel charges the battery. The power stored in the lithium iron phosphate battery in the N222, can provide up to 50 lumens, the units used to measure the amount of light emitted by a source.

Both models come with rings that can be placed over the lights to waterproof the devices. At $45, the N222 comes with three lenses and USB ports that use transferred power to charge smartphones. The more expensive model also includes an AC charging option if the sun is not bright enough.

"The product will be life changing for millions of impoverished people who rely on burning dangerous and polluting fuels, such as kerosene, for light," the company wrote in a statement. "When Nokero introduced its first solar light bulb in 2010, it provided the best option yet for people throughout the world who relied on kerosene fuel for lighting. The company has since transformed millions of lives through its revolutionary technology."