Are you an Idaho homeowner looking to upgrade your windows? EcoWatch is here to help!

Resources For Energy-Efficient Windows In Idaho

Resources For Energy-Efficient Windows In Idaho

What You Need to Know About Windows in Idaho 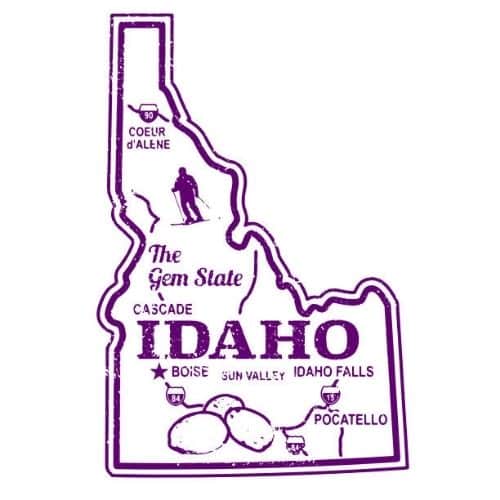 Idaho is one of the northernmost states in the U.S., and its distance from the equator means winters with temperatures in the 30 degrees F range and cooler spring and fall months as well — so Idahoans rely extensively on their heating systems.1 According to the U.S. Department of Energy, heat gain and loss through windows can represent up to 30% of a home’s energy usage for heating and cooling.2

Even though the western portion of Idaho is several hundred miles from the Pacific Ocean, there is still a maritime influence that brings temperature modulation but winters with significant humidity and precipitation. Eastern Idaho has more extremes between winter and summer temperatures and more arid conditions. The cyclical nature of the weather conditions can cause window frames and seals to contract and expand, making damage and air leaks an issue to contend with.

As a result of the Idaho climate’s impacts on windows, replacing windows is typically a surefire way to improve your home’s energy efficiency. Some additional benefits you’ll enjoy include:

The average cost to replace a window in Idaho is around $600, which is in line with the national average. You could pay as little as $200 or as much as $5,000 or more, although the average high cost is around $1,200. Some factors that will influence your total include how many windows you’re replacing, the type and size of window you need, the brand of window you choose, and where in your home the window is located.