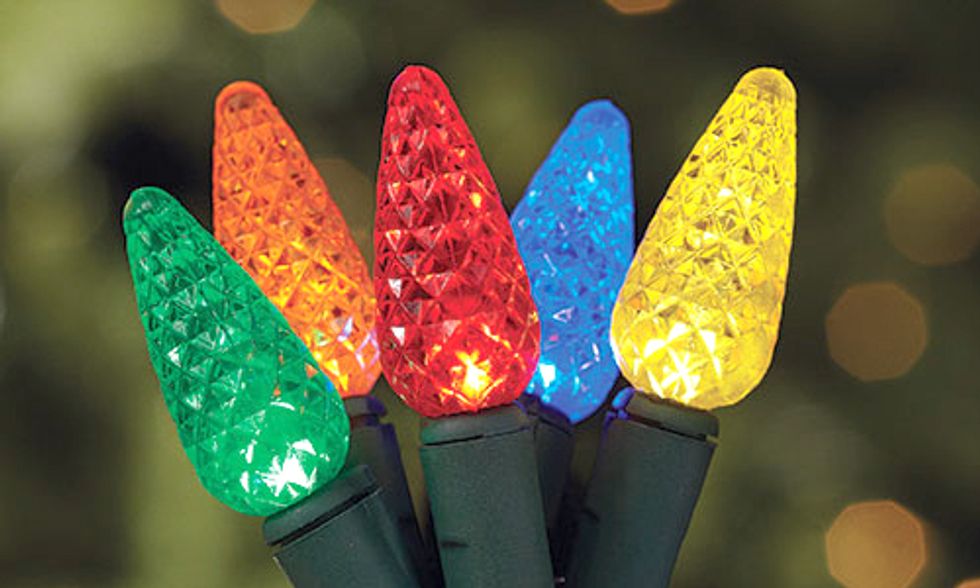 Home Depot is encouraging people to do away the old Christmas lights of years past in exchange for energy efficient ones.

The national retailer will recycle old, broken or used incandescent lights across the country if shoppers bring them in before the end of the business day on Nov. 17. Customers can then receive discounts of $3 (Home Accents), $4 (Martha Stewart Living or GE) or $5 (EcoSmart or LightShow) on a set of LED lights, depending on the brand they select.

LED holiday lights. LEDs, short for light-emitting diodes, are bulbs that use a semiconductor to generate light more efficiently than traditional incandescent or fluorescent bulbs. Photo credit The Home Depot

The store will limit each customer to five discounts.

Aside from a few extra dollars in your pocket, participating in such a deal would be a good holiday deed for the country. Department of Energy (DOE) figures show that holiday lights consume more than six terawatt hours per year—the equivalent of the electricity consumed by 500,000 homes in one month.

Additional DOE data shows that incandescent can be wildly expensive when compared to their LED counterparts:

The savings become even more apparent when planning for multiple holiday seasons.

*Assumes 50 C-9 bulbs and 200 mini-lights per tree, with electricity at $0.119 per kilowatt-hour (kWh) (AEO 2012 Residential Average). Prices of lights based on quoted prices for low volume purchases from major home improvement retailers. All costs have been discounted at an annual rate of 5.6%. Life span assumed to be three seasons (1,500 hours) for non-LED lights. Table credit: U.S. Department of Energy

Though Home Depot is the first to announce an LED-based discount, other national retailers are making energy efficiency a priority this season. Here are a few developments, reported by the Kansas City Star: