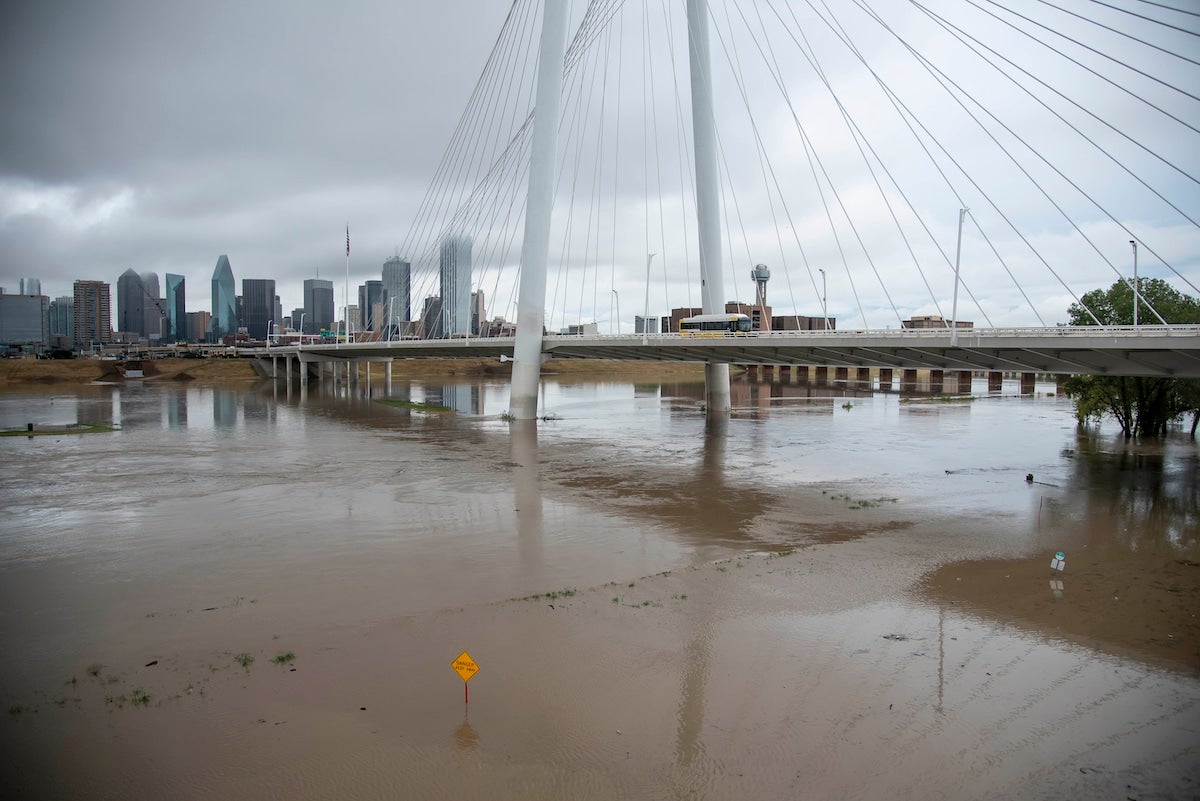 The Trinity River flows through a flooded area in Dallas, Texas on Aug. 22, 2022. Emil Lippe for The Washington Post

Heavy rains set off significant flooding from Arizona to Texas that killed at least one person in Mesquite on Monday in a wild weather whiplash for a region that has seen drought and extreme heat this summer.

Climate change, mainly caused by the extraction and combustion of fossil fuels, is making both droughts and extreme precipitation events worse and more frequent.

Rain totals considered a 1-in-1,000 year storm soaked the area. An estimated 10 inches of rain fell in a 24-hour period in parts of the Dallas-Fort Worth area, turning streets into rivers, submerging cars, and breaking rainfall records across the region. Hundreds of people were rescued from submerged cars.

The Dallas-Fort Worth airport also recorded a record 3.01 inches in one hour. Floodwaters also overtopped a century-old levee outside Duncan, Arizona and one hiker is missing after being swept away by floodwaters in Zion National Park.

As reported by the Texas Tribune:

The rise in average temperatures brought by climate change can strongly affect extreme precipitation events by increasing the intensity of rainfall during storms, climate scientists have found.

In Texas, rainfall intensity has increased by about 7% since 1960. And the risk of extreme precipitation events across the state is increasing even as the Western half of the state has generally seen a flat or declining trend in precipitation totals over the past century, according to a 2021 report by the state’s climatologist.