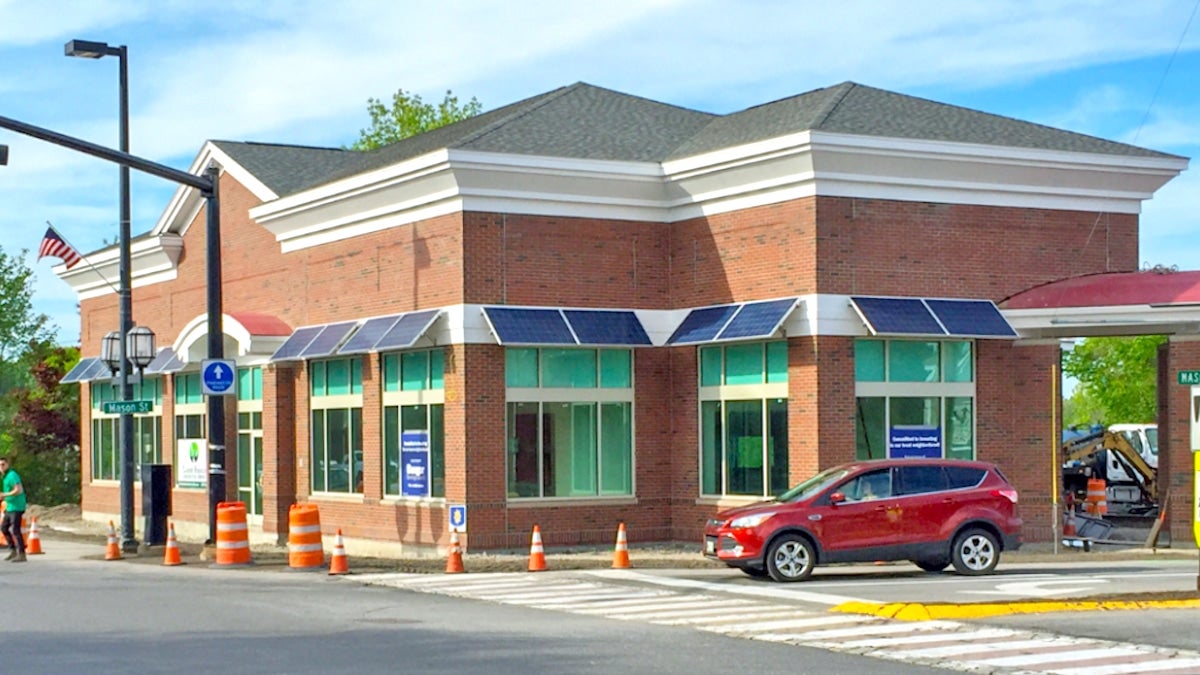 Maine is finalizing rules for a program that will soon let commercial property owners pay for clean energy upgrades through their property tax bills.

Loans known as C-PACE — or commercial property-assessed clean energy — eliminate down payments and spread the cost of solar, energy efficiency, and other projects over longer terms than conventional bank loans. When a property is sold, repayment responsibility transfers to the buyer, allowing owners to invest without worrying whether they will own long enough to fully recoup the cost savings.

“It is a financing tool that reduces the upfront cost barrier to renewable energy and energy efficiency measures for commercial properties,” said Robert Wood, director of government relations and climate policy at the Nature Conservancy’s Maine chapter. “It has a clearly successful and growing track record in a number of other states.”

Connecticut became the first state to approve a C-PACE program in 2012. Adoption picked up from there and today more than 20 states and the District of Columbia have active programs in place. Maine passed legislation (LD 340) last year to establish a program administered by Efficiency Maine Trust.

One of the major strategies in the document is to modernize Maine’s buildings. The heating, cooling, and lighting of commercial buildings are responsible for an estimated 11% of the state’s emissions. C-PACE is seen as a tool to address this segment.

The program works by taking advantage of the systems already in place to assess and collect property taxes. A building owner interested in adding solar panels or new insulation borrows the entire sum needed from a private lender, but the payments on the loan are rolled into their twice-annual property tax bills. The local tax collector disburses payments to the lender.

The approach offers a few advantages, supporters said. While there are already lenders that will finance renewable energy or energy efficiency projects, they generally offer loan terms of five to 10 years. With C-PACE, however, loan terms can be as long as the expected useful life of the system or upgrade being financed. And longer terms mean lower payments.

“If you stretch it out to 15 years or 20 years, that takes a much smaller bite out of your monthly costs,” said Michael Stoddard, executive director of Efficiency Maine Trust.

At the same time, attaching the payments to the property tax bill gives lenders more confidence they will be repaid. Legally, property taxes have priority over other debts should a borrower run into financial trouble. This same priority attaches to a C-PACE loan payment. If the building is sold, the loan payment gets passed to the buyer, who ends up with a higher property tax bill, but a more efficient, potentially more valuable building.

In some cases, the financed upgrades save so much money that the additional property tax assessment is lower than the savings realized, giving property owners a positive cash flow right from the start.

Efficiency Maine is nearing the end of the rulemaking process for the program. Stoddard expects to release draft rules for public comment soon and finalize the regulations by the end of the year. Once this framework is in place, individual cities and towns will need to opt into the program by passing a municipal ordinance authorizing their participation. Several municipalities, including Portland and South Portland, have already expressed interest in adopting the program.

The money for the loans will come from private lenders who decide it’s worthwhile to participate in the newly created market. The mix might include local and national banks, as well as niche private lenders that focus on the C-PACE market, Stoddard said.

Some in the banking industry are unconvinced about the program. Though the program is “well-intended,” it might not have a significant impact, said Josh Steirman, director of government relations at the Maine Bankers Association. Before a loan can be made, the city or town must have opted into the program and then the borrower must get consent from any other lenders that hold a mortgage on the property. These added steps may hinder adoption, Steirman said.

“We are curious to see how the marketplace adoption of this program evolves,” Steirman said. “However use of this program may be somewhat limited, and therefore less impactful than hoped for.”

Other states with active C-PACE programs, however, have seen significant impact, enabling some $2 billion in private investment, according to the U.S. Department of Energy.

In Connecticut, the program has been a rousing success, said Mackey Dykes, vice president of financing programs at the Connecticut Green Bank, the agent that administers the C-PACE program in the state. Since the program launched there in 2013, it has financed 370 projects for a total of $231.7 million. These investments have generated $312.6 million in cost savings and prevented nearly 927,000 tons of carbon dioxide from entering the atmosphere, the equivalent of taking 185,000 cars off the road.

The steps involved in the program have not been a deterrent in Connecticut, Dykes said. Each municipality only needs to opt into the program once and, once banks become familiar with the program, obtaining their consent for an additional loan becomes a quick and simple process.

“Once you get that initial work done and create the ecosystem that understands the programs and the benefits, then you’re primed for success,” Dykes said.

Sarah Shemkus is a longtime journalist who covers business, technology, sustainability, and the places they all meet. She has covered the workings of small-town government in New Hampshire, the doings of alleged swindlers and con men, and the minutiae of local food systems. Her work has appeared in the Guardian, the Boston Globe, TheAtlantic.com, Slate, and other publications. Based in Gloucester, Sarah covers New England.

Energy News Network
The Energy News Network is a nonprofit news site dedicated to keeping influencers, policymakers and citizens informed of the important changes taking place in the transition to a clean energy system.