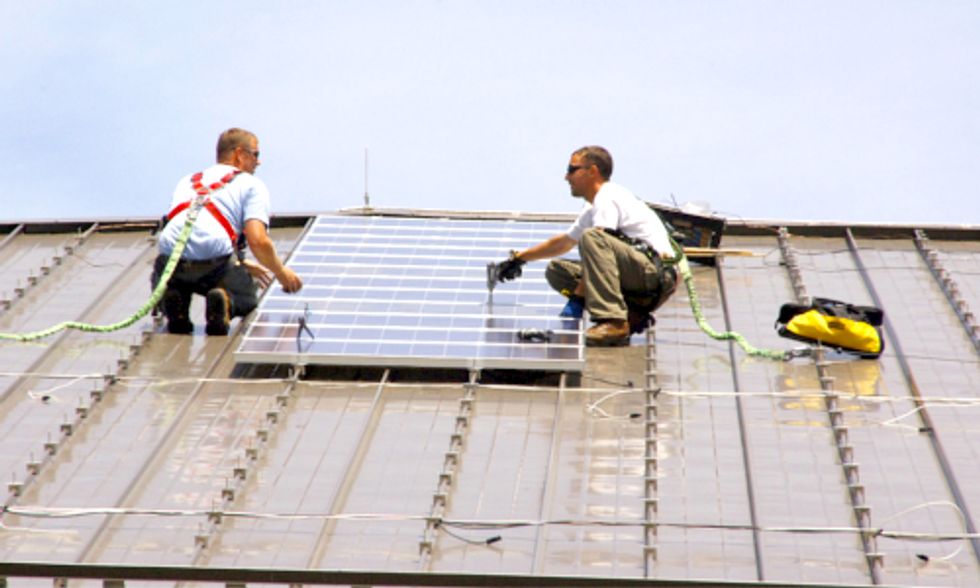 The recent decision by SolarWorld Industries America to file new petitions against imports of Chinese and Taiwanese solar products presents an immediate threat to the U.S. solar industry, including many solar manufacturers.

California, for example, which has more installed solar capacity than any other state in the nation—as well as 43,700 solar-related jobs—would undoubtedly suffer from any new trade restrictions. Today, there are 4,167 megawatts of solar energy online in California—enough to effectively power more than 900,000 homes. This remarkable progress is now being threatened.

When this conflict first started in October 2011, we expressed our support for a rules-based trading system and recognized that trade investigations “provide a legitimate, transparent mechanism for resolving trade disputes and determining what—if any—unfair trade practices have occurred.” This remains true today.

But what we’ve learned since October 2011 is that conflict within one segment of the solar industry ripples across the entire solar supply chain. Indeed, in response to the 2011 U.S. investigations, China initiated its own trade investigations against U.S. polysilicon manufacturers. As a result, U.S. polysilicon companies have mothballed facilities and laid off countless American workers. These new investigations now threaten even more U.S. solar manufacturers, many of whom rely upon a global supply chain for a wide variety of solar materials, inputs and finished goods.

There are more than 1,200 U.S. solar manufacturers operating more than 650 manufacturing facilities across 47 states, employing nearly 30,000 American workers. These companies, many of whom are small businesses, produce hundreds of different products and operate across a complex global supply chain. There are an additional 90,000 Americans employed by U.S. solar service providers, including developers, engineers, installers, etc. The continued success of all these American companies is directly tied to a growing U.S. solar market.

Moreover, the recent phenomenal growth in the deployment of solar power in the United States has greatly benefited from the tremendous drop in the price of solar. Anything that raises the cost of solar, like this pending trade case, would reduce overall demand for solar products and hurt solar energy’s price competitiveness vis a vis other energy sources like natural gas and wind.

There are also real U.S.-China trade competiveness issues which have to be addressed and U.S. solar manufacturing and technology will be important to future U.S. economic competitiveness. As global competition in this industry intensifies, SEIA will continue to support open markets based on free and fair trade principles. But we also know that trade litigation such as that proposed by SolarWorld is a blunt instrument and, alone, incapable of resolving this growing conflict given the industry’s complex global supply chain. Negotiations have to play a central role.

Fortunately, we have a solution.

SEIA has offered a settlement proposal which would directly benefit SolarWorld and other U.S. solar cell and module manufacturers, address unresolved competitiveness issues and help ensure the continued growth of the broader U.S. solar manufacturing base and the U.S. solar industry overall.

We implore all parties to come to the negotiating table, adopt SEIA’s proposal as the basis of negotiations and end this divisive conflict. The future of solar depends on it.