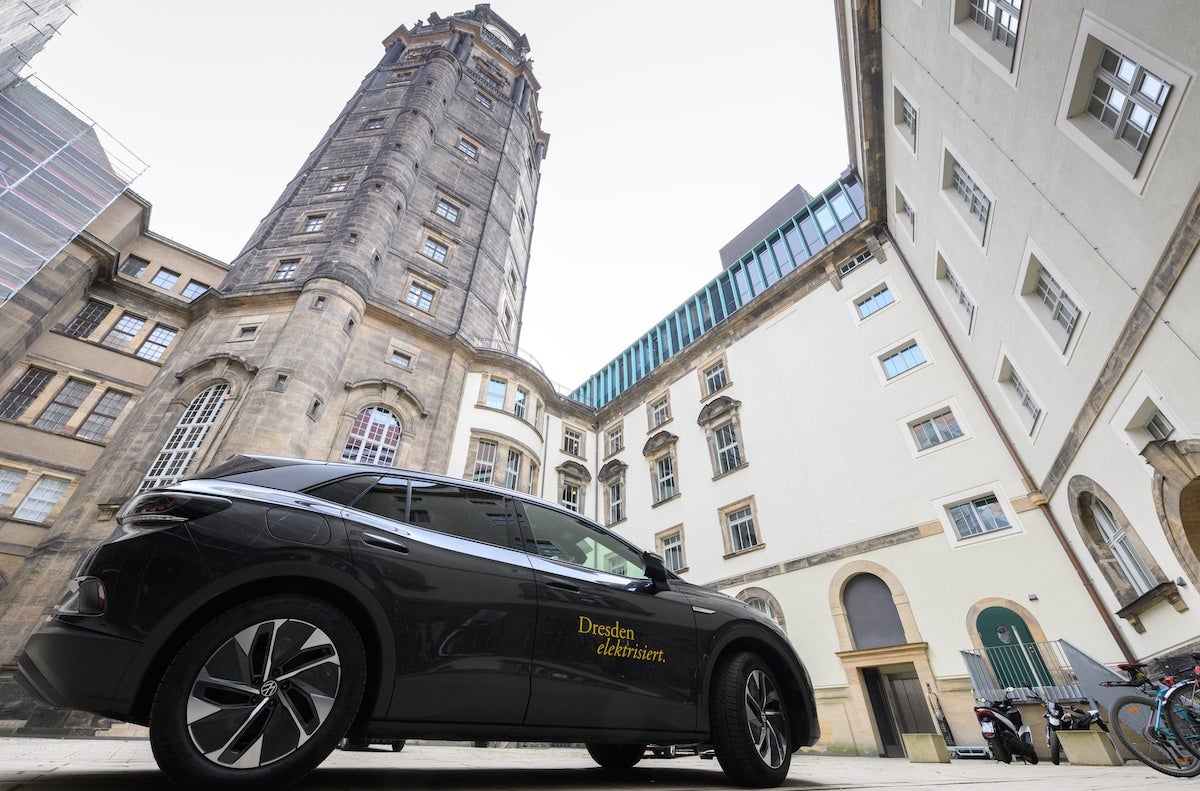 The electric car of Dresden, Germany's Mayor Dirk Hilbert, a Volkswagen ID4, drives to the charging station in the courtyard of the city hall on May 11, 2022. Robert Michael / picture alliance via Getty Images

The European Parliament has voted in favor of effectively banning the sale of new fossil fuel-powered cars in the European Union (EU) beginning in 2035. The vote confirms the support the lawmakers expressed last year for the European Commission’s proposal to reduce carbon dioxide emissions from new vehicles by 100 percent by 2035, reported Reuters. The vote comes ahead of talks with EU member countries about the final law, which is part of a larger bundle of climate change measures.

European Parliament Environment Committee Chair Pascal Canfin, a French Member of the European Parliament (MEP), said stopping the sale of emissions-producing vehicles was “a historic decision that will lead us towards a new era of climate neutrality. It is a major victory,” The Guardian reported.

The vote rejected an amendment that would have included 90 percent of cars instead of the agreed upon 100 percent.

“We don’t think that politicians should decide if the electric vehicles or synthetic fuels are the best choice. I personally believe that most consumers will buy an electrical car if we give them the necessary infrastructure and that’s what we need to do,” said German lawmaker Peter Liese, as CNN Business reported.

The final law — part of the EU’s “Green Deal” — has yet to be negotiated between MEPs and ministers from the 27 EU member governments, reported The Guardian.

MEPs also voted not to overhaul the European Union’s emissions trading system (ETS), which is one of the EU’s main policies to reduce greenhouse gas emissions. The environment committee of the European Parliament proposed the energy and industrial divisions of the ETS should cut their emissions by 67 percent by the end of the decade as compared to 2005 levels, but the European Commission suggested a reduction of 61 percent.

When the modifications to the ETS were rejected, two other climate-related policy votes were postponed and will be sent back to the environment committee to attempt to find a compromise.

“It is essential that we get the emissions trading system right. ETS, as the biggest climate policy instrument, only works if we have ambitious targets for significantly lower greenhouse gas emissions,” said member of the Swedish Green Party Jakop Dalunde, as The Guardian reported.

Scientists have recently sounded the alarm that the levels of carbon dioxide in the Earth’s atmosphere are currently 50 percent above pre-industrial levels.

The EU has a goal of slashing greenhouse gas emissions by 55 percent by 2030.

The European Commission said that EU member countries would be required to increase their capacity to charge electric vehicles in order to help with the shift, reported CNN Business. On major highways, charging stations will be installed every 37.3 miles, and the minimum gas and diesel fuel tax rate will be increased, reported Bloomberg.

While new gas and diesel vehicles would be banned by the new law, car owners wouldn’t have to give up their old vehicles.

“This regulation encourages the production of zero-emission vehicles,” said MEP from the Netherlands Jan Huitema, as Bloomberg reported.

“I’m very relieved and happy with the outcome,” said Huitema, who led in the drafting of the policy, as reported by CNN Business.