Zinke’s Monument Review: Another Gift to Oil, Gas and Coal 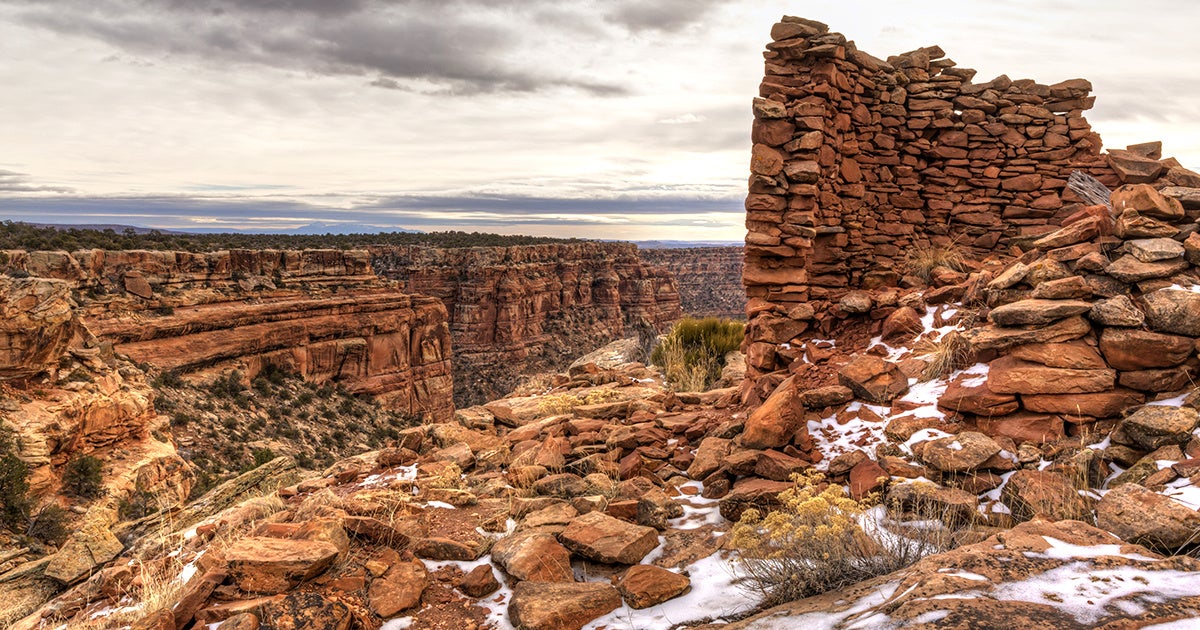 Secretary of the Interior Ryan Zinke has recommended that his boss, President Trump, do what no President has done before: fundamentally change and substantially diminish America’s national monuments. “Energy dominance” is a theme that has permeated Zinke’s statements and acts as Interior Secretary. But its conspicuous scarcity in his rhetoric around the monument review should not fool anyone into thinking that increasing the availability of fossil fuel is not a significant motivation for the administration’s attack on our monuments.

Rather, fossil fuel boosters played a key role in placing the monuments in the Secretary’s crosshairs. The Bears Ears and Grand Staircase-Escalante national monuments, in particular, have faced a concerted campaign for their elimination by, among others, fossil fuel-linked advocates who want to open access to the oil, gas and coal resources within and around their boundaries. If the president or Congress accept Zinke’s recommendations, it would be against the will and interest of the American public—a capitulation of American treasures to pad the profits of the world’s richest industries.

Utah is a geologic wonder known for its unique red rocks, canyons, arches, hoodoos and other majestic features. It also sits on geologic formations rife with oil, gas and coal deposits which the fossil fuel industries have been rapidly extracting. 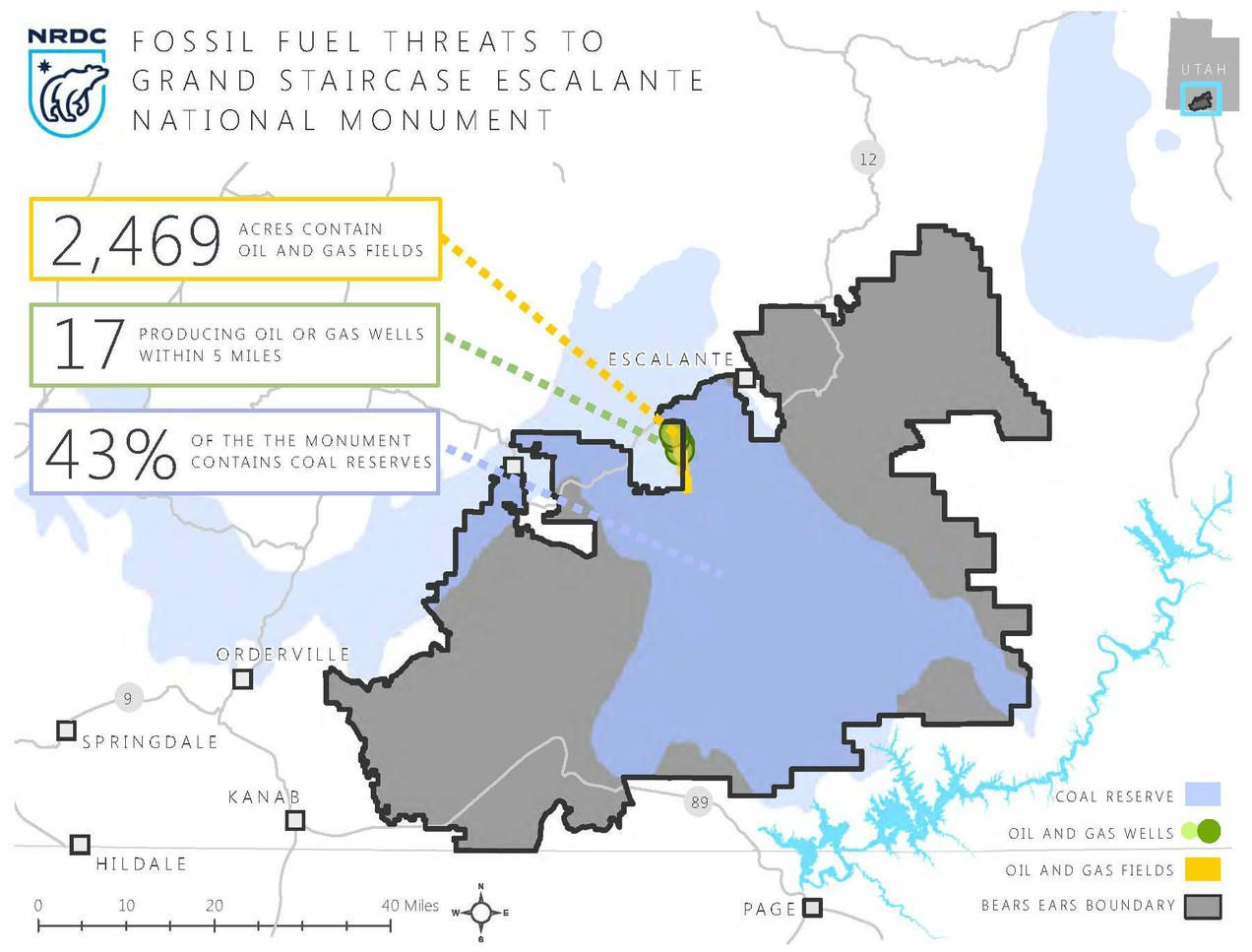 Grand Staircase-Escalante National Monument sits atop a giant coal field containing “several billion tons,” according to Zinke’s leaked memo on monuments under review, with resources identified under almost half of the protected area. At the time it was designated in 1996 there was a gigantic, destructive coal mine proposed within its borders, called “a public safety, fiscal and environmental nightmare.” The designation of Grand Staircase slammed the breaks on that mine, but Big Coal hasn’t taken its sights off the area, even 21 years later. And Sec. Zinke sympathized. Strongly. Upon visiting the monument in May, he offered, “monuments should never be put in a position to prevent rather than protect and the president is pro-energy across the board.” Now, he’s working to right this misconceived wrong. 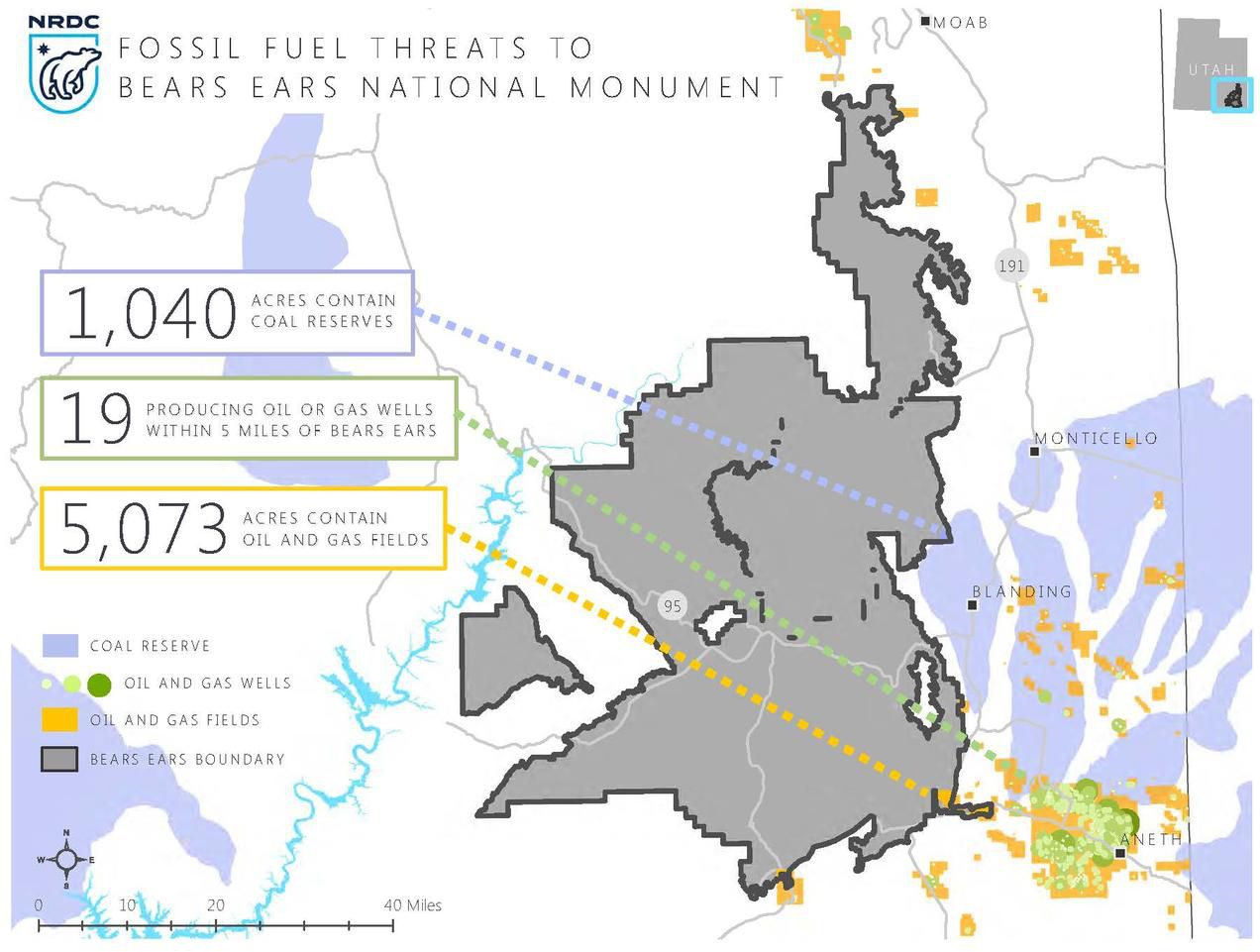 The Bears Ears National Monument doesn’t contain fossil fuel reserves of quite the same scale as its neighbor, but removing protections for the area would nonetheless open the door to the fossil fuel development in and near the monument borders. Coal and oil reserves surround the monument, there are quite a few oil wells already within its proximity, and industry has already expressed interest in leasing areas within the monument’s current boundaries.

Should the boundaries of these two monuments be diminished, it would open the doors to the fossil fuel industry foreclosing on conservation of these critical lands forever. Some might say that fossil fuel industry won’t ever develop part of these lands because they are uneconomic or hard to access. But keep in mind oil, gas, and coal companies don’t necessarily need to drill or mine leased public lands to derive financial benefit from leasing them. Their business model allows them to reap rewards for just owning or leasing fossil fuel reserves.

To put it simply, exploration and production company valuations are based in part on their accessible reserves. So, by leasing public lands with known reserves, companies can attract more investment to continue growing. Therefore, extractive industries can do harm to public lands before they’re ever drilled, mined, or logged; by leasing parcels of our lands, they can be tied up and complicate efforts to conserve the area.

Unfortunately, the fossil fuel industries and its false promises play an outsized role in Utah politics. By co-opting an anti-federal bent already present in the state, they’ve managed to downplay the economic and recreational value of protected public lands, as well as the harm their development does to public health and the environment, while overstating the jobs they could offer. The Sutherland Institute is a one of the industry’s key proponents.

A conservative advocacy group based in Salt Lake City, the Sutherland Institute has served as one of the key opponents of Bears Ears and Grand Staircase. The institute has directly influenced Utah politicians to assume their extreme, anti-public lands position, going so far as to draft the language of a state legislature resolution calling on President Trump to rescind Bears Ears. When asked about possible undue influence by E&E News, the Institute responded with a confused defense: “Utah lawmakers ‘regularly reach out’ to the group for its expertise.”

When Sec. Zinke visited Utah in May as part of his monuments review, he spent only an hour with the leaders of the Bears Ears Inter-Tribal Coalition, a group representing five native tribes that call the Bears Ears area home and parts of it sacred, and, reportedly, much of the rest of his time with monument opponents including Utah’s anti-public land politicians and Sutherland Institute staff.

The Institute has direct ties to fossil fuel money. Their extreme anti-public lands project, in particular, has received significant donations from the Koch network and diluted donations from the Kochs themselves. It isn’t alone. Other prominent groups with known ties to the fossil fuel industries back it up; well-known names like the Heritage Foundation and the Koch’s own American for Prosperity fully support the administration’s attack on our national monuments and public lands. And it appears it’s their voices Zinke most values.

It didn’t take long after being sworn in as Interior Secretary for Ryan Zinke, a self-described Teddy Roosevelt conservationist, to shed the façade of a responsible steward of the land and set our expectations for his partisan review.

An early DOI press release declares “Secretary Zinke Takes Immediate Action to Advance American Energy Independence.” In the release, Zinke states, “for too many local communities, energy on public lands has been more of a missed opportunity…” thus publicly launching his crusade. The phrases “energy independence” and “energy dominance,” which are frequent themes touted by the Trump Administration, don’t mean much more than “drill, baby, drill.” Since his early proclamation, there have been a multitude of statements and actions reaffirming Sec. Zinke’s misguided mission to boost oil, gas and coal, including on monuments specifically.

On April 26, President Trump signed the Presidential Executive Order on the Review of Designations Under the Antiquities Act, directing the Secretary of the Interior to review national monument designations and produce the aforementioned recommendations. One only needs to look at the Order’s first section, which lays out the rationale for the review, to get the gist of what was to come: “Monument designations that result from a lack of public outreach and proper coordination with State, tribal, and local officials and other relevant stakeholders may also create barriers to achieving energy independence…” (emphasis added). Energy independence—a theme frequently touted by the Trump Administration that doesn’t mean much more than “drill, baby, drill”—was clearly a priority. This was sparsely reinforced through the course of the monument review, but Zinke’s comment on energy in Grand Staircase said it all.

An Attack on Our National, Natural Heritage

Shrinking the borders of America’s monuments would constitute an attack on America’s public lands, its natural heritage, and the long-beloved Antiquities Act. Reducing the size of these monuments for special interests like fossil fuels makes that attack far more destructive. Also, deeply unpopular. When Zinke solicited the public’s comments on his review of recently designated national monuments, he received 2.8 million submissions, more than 99 percent of which were in favor of maintaining the status quo of protection for unique and spectacular landscapes and elements of our history. But in President Trump’s executive branch, when the interest and will of the public is pitted against big industry, regular citizens lose. It’s a travesty—a miscarriage of democracy.