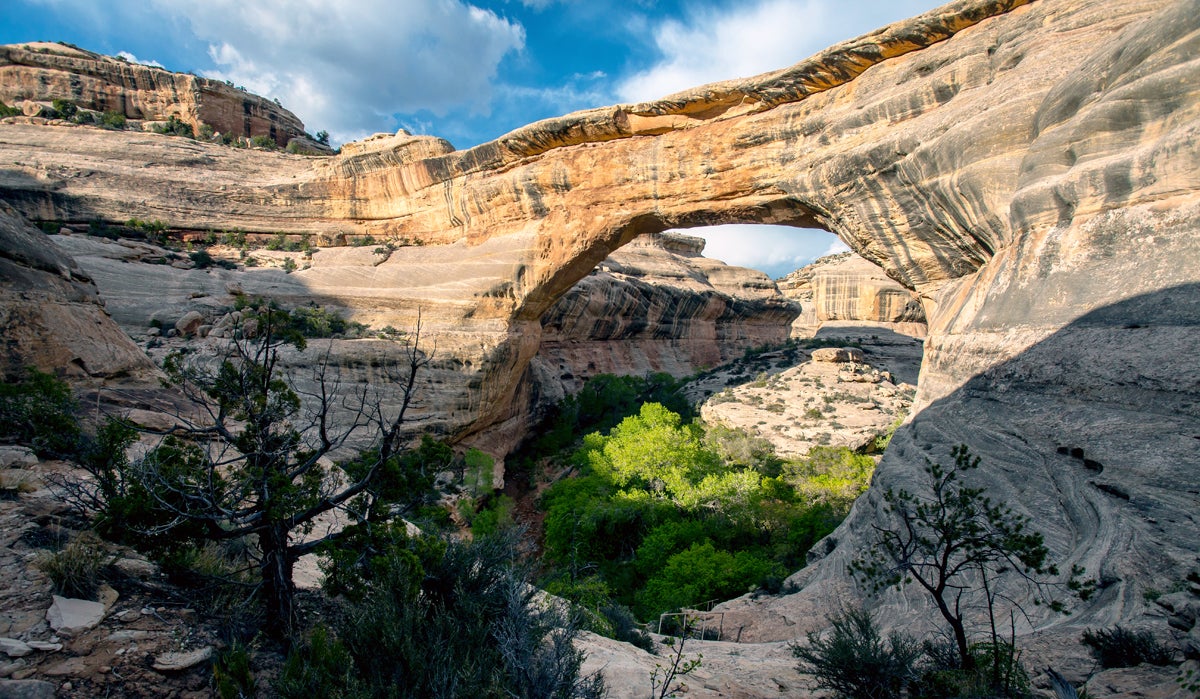 Interior Sec. Ryan Zinke is recommending President Trump scale back portions of the Bears Ears National Monument, saying that the Antiquities Act should be used to protect the “smallest area” needed to cover important sites. Zinke’s recommendations, announced Monday, add fuel to the controversy over the Utah monument, which President Obama designated during his final days in office.

Green groups and several Native American groups announced their intent to sue should the administration follow Zinke’s recommendations. While the land in Bears Ears is not thought to contain significant oil or gas deposits, mining and fossil fuel interests cheered the decision as a preview of how the Trump administration may handle scaling back protections for more oil and gas-rich federally protected land.

“The Trump administration wants to carve up every last inch of this country so that corporate polluters can line their pockets, but the people who live, worship, work and rely on the protection of public lands and waters will stand up to this attack,” said Mary Nicol, Greenpeace USA senior climate campaigner. “The Interior Department is still reviewing nearly 30 monuments, including Bears Ears, that could lose their protected status. It’s time to put Secretary Zinke on speed dial and demand that the Interior Department protect public lands and waters.”

Patagonia’s president and CEO Rose Marcario, who has been outspoken on protecting public lands, said Zinke’s recommendation “ignores the law and public outcry.”

“Despite months of rhetoric claiming his respect for Teddy Roosevelt’s legacy of public lands protection, Secretary Zinke revealed he is just another politician looking to exploit and develop America’s public lands at the expense of our children and grandchildren,” Marcario continued.

“Bears Ears holds irreplaceable cultural, ecological and recreational value and it needs our protection. If the president decides to usurp Congress’s authority and shrink the boundaries on his own, Patagonia will take legal action to defend our public lands. We hope everyone who cares about public lands will continue to let their voices be heard.”

Since the Trump Administration launched the “review” of national monuments in April, more than 1 million Americans have weighed in to uphold protections for monuments, including Bears Ears. A recent analysis showed that communities located near monuments and other protected public lands have stronger economies and quality of life.

Since it was signed into law in 1906, the Antiquities Act has been used by 16 presidents—eight Democrats and eight Republicans—to protect existing public lands as national monuments. No president has ever attempted to revoke a national monument.

“Diminishing protections for the Bears Ears National Monument is an affront to the sovereign Tribal Nations whose cultural heritage is at risk,” said Sierra Club Executive Director Michael Brune. “It’s a thinly veiled attempt to sell out our public lands and an insult to people across the country who love and care about our great outdoors.”

“Our public lands are the embodiment of our democracy,” he added. “We will continue to work to ensure everyone can see themselves on our public lands, not just cronies of Donald Trump.”