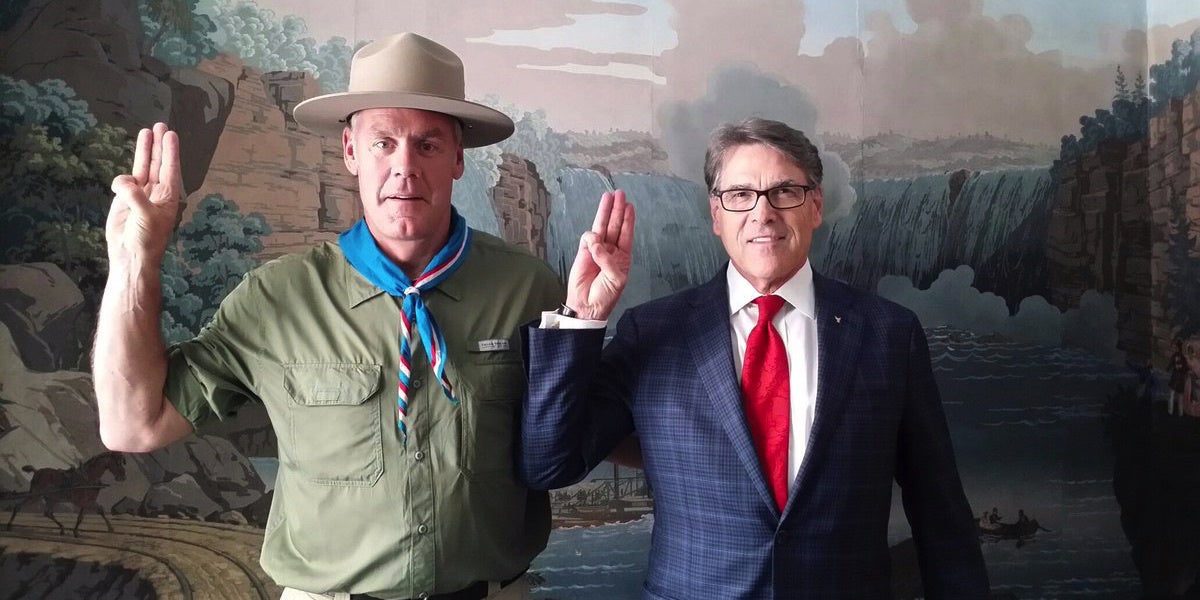 In less than one week, Interior Sec. Ryan Zinke will submit his final recommendations to President Trump on whether 27 national monuments around the country should be downsized, eliminated, transferred to state control or left alone.

But as Aaron Weiss, the media director of the conservation group Center for Western Priorities, pointed out: “Rather than spending his final week hearing from local communities who have worked tirelessly to protect their natural and cultural heritage as national monuments, Secretary Zinke is on vacation in the Mediterranean. His wife, Lola Zinke, tweeted a picture early this morning of herself and Secretary Zinke enjoying a sunrise on the Bosphorus Strait.”

Love on the Bosporus #summer pic.twitter.com/rNr9PBC8k2

“Our national monuments are full of beautiful places to take a summer trip. Secretary Zinke promised a rigorous analysis of national monuments, but what the American public got was a sham review and a foreign vacation,” Zimmerman said.

“If he bothered to listen, Secretary Zinke would have found that national monuments are cornerstones of Western economies, that they protect exceptional and unique lands, and, most of all, that virtually no Americans support eliminating national monuments. I worry, instead, he’s moving to permanently shut down national monuments.”

Under Trump’s April executive order, the former Montana congressman was given 120 days determine if previous presidential administrations exceeded their authority in 27 monument designations.

However, the secretary has only stepped foot and met with stakeholders in eight of the sites and is not expected to make other visits before the Aug. 24 deadline, Weiss noted.

On Thursday, a dozen protestors gathered at the U.S. Forest Service office in downtown Missoula to protest the secretary as well as the president. According to the Missoulian, they held signs that said, “Zinke is Stinke” and “Zinke Public Lands Enemy #1.”

Derek Ketner, one of the demonstrators, told the publication that it was “embarrassing” that Zinke had not visited all of the monuments under review.

“It’s very important and we want our views to be heard,” Ketner said. “We’re hoping that he will finally start listening to us.”