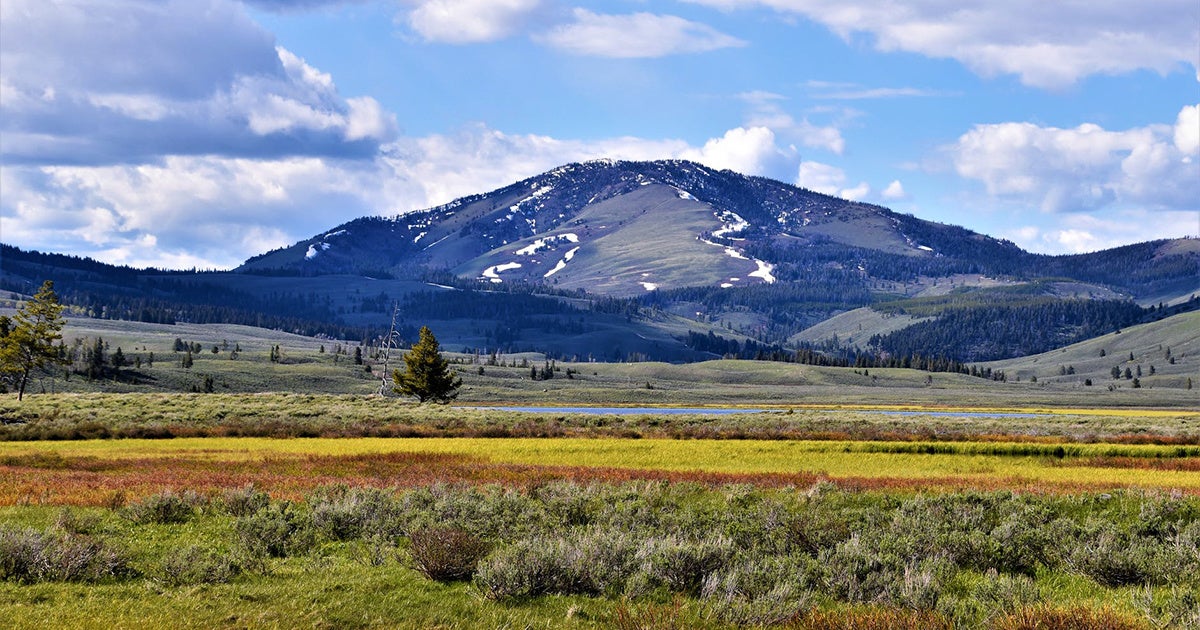 The move withdraws more than 30,000 acres of
public lands in Montana’s Paradise Valley from new claims for gold, silver and other mineral extraction for 20 years. It does not impact existing mining claims on private lands in the area.

The announcement is a noted departure for Zinke and the Trump administration, which has significantly downsized and opened up staggering chunks of federal land across the country to oil, gas and other extractive industries.

Zinke has
previously voiced support for the Yellowstone mining ban, which protects land in his home state of Montana.

“I’ve been fighting to protect the Paradise Valley and Yellowstone since I represented Montana in Congress,” he said in March.

What a great day for the Paradise Valley. Today I signed a 20 year mineral withdrawal to protect Emigrant Peak and 30,000 acres of public lands. ? pic.twitter.com/n9dw9SBPQ7

This is
not the first time Zinke has appeared to treat his home state differently. Last year, in his review of national monuments, he suggested creating three new monuments, including the Badger-Two Medicine area next to the Blackfeet Nation reservation by Glacier National Park in Montana. Also in March, the Bureau of Land Management—which the Interior department oversees—removed 17,300 acres of Montana from oil and gas leases.

“I’ve always said there are places where it is appropriate to develop and where it’s not. This area certainly deserves more study, and appropriately we have decided to defer the sale,” Zinke
said in a statement after pulling the sale.

Aaron Weiss, the media director for the
Center for Western Priorities, released the following statement today:

“Secretary Zinke always seems to support conservation in his home state of Montana, while backing the most aggressive forms of industrial development in the other 49 states. While Zinke rushes to open up places like Bears Ears, Grand Staircase-Escalante, and the Boundary Waters to copper, uranium, and coal mining, only Montana’s natural treasures get the protection they deserve. It’s now clear Ryan Zinke will only do the right thing when his political future is on the line.”

Zinke has denied any particular favoritism towards Montana.

“I don’t think that’s supported by the facts,” he told
The New York Times in April, noting that he halted oil and gas leases near New Mexico’s Chaco Canyon and pushed for coastal redevelopment in Louisiana.

“I do listen to Montanans the same way I listen to Palau or the Virgin Islands,” he added.

Yellowstone-area mining has been a concern since 2016 when proposals for a pair of gold mines popped up in the Emigrant and Crevice mining districts, according to the
Sierra Club. That prompted residents and local businesses to urge the U.S. Forest Service and the Bureau of Land Management to withdraw the area’s public lands from mining. In response, then-Interior Secretary Sally Jewell imposed a two-year mining ban in the region, which was set to expire next month.

“This incredible victory for our first national park reminds us all that Yellowstone is more precious and valuable than gold,” Theresa Pierno, president and CEO of
National Parks Conservation Association, said in a press release Monday.

“Their decision reflects the will of many and confirms that national parks can be a common ground in divided times,” she said.