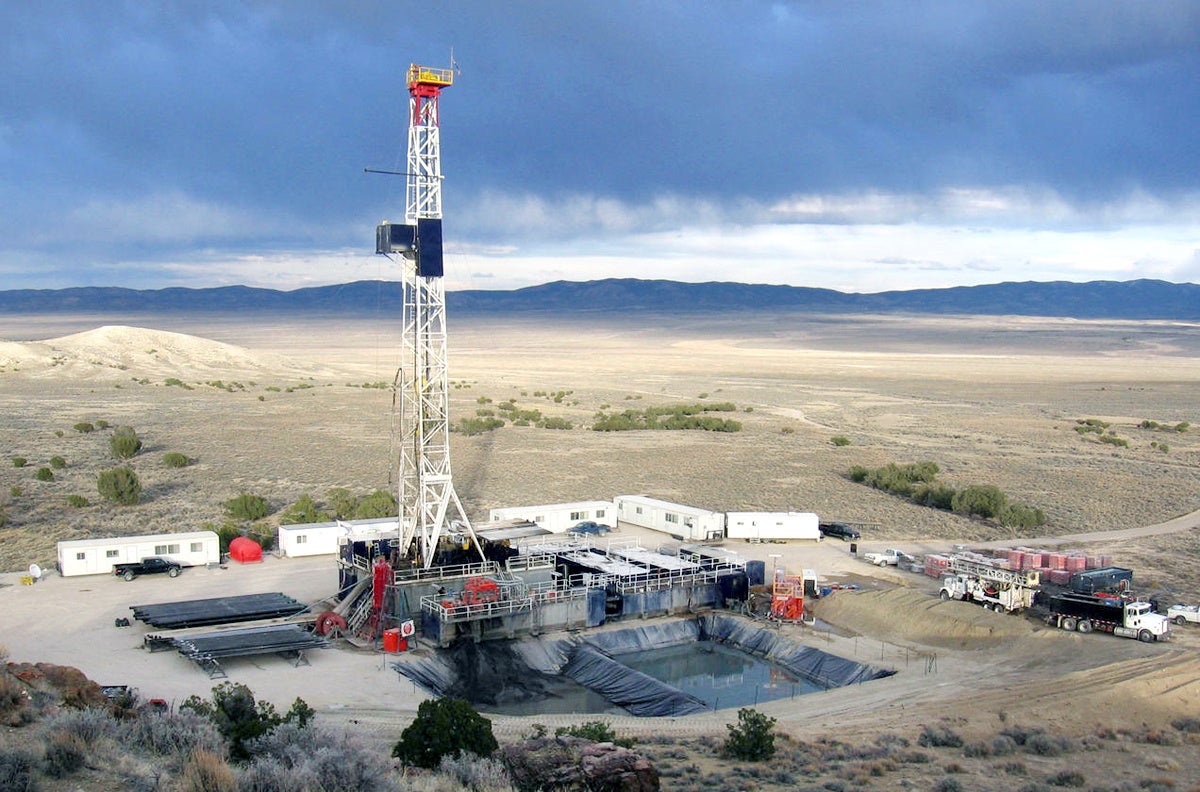 By Theo Spencer and Amy Mall

In another gift to big polluters, Interior Sec. Ryan Zinke signed an order Thursday directing the Bureau of Land Management (BLM) to hold quarterly oil and gas lease sales and to issue new oil and gas drilling permits within only 30 days from application.

The move is part of the Trump administration’s efforts to allow dirty oil and gas polluters to dominate public lands that belong to the American people.

The oil and gas industry doesn’t need any more special favors or giveaways. The fossil fuel industry has received taxpayer handouts for decades.

The BLM already makes the vast majority of federal lands available for oil and gas development. For example, BLM has classified more than 90 percent of lands it manages in 11 western states as available for oil and gas leasing. In contrast, conservation proposals have historically had to overcome greater institutional hurdles, and renewable energy projects on federal lands face much more stringent environmental standards than oil and gas development.

Zinke’s quest for faster permitting ignores the fact that delays are often the fault of industry and operators, not the BLM. From FY 2005 to FY 2015, it took operators an average of 133 days to resolve deficiencies in permit applications they filed with BLM, according to the Center for American Progress.

It is the source of toxic air pollution that harms nearby communities where people live, work, and go to school. It destroys vital wildlife habitat. It generates massive amounts of toxic waste. And these impacts last for generations.

We don’t have time for 19th Century energy policies.

We face serious threats from climate change, and must now make smarter energy choices for the future. That means investing more in renewable sources, like wind and solar power not boom-and bust industries like drilling, fracking and mining that scar the land, taint our our water, overheat the planet and pollute local communities. We should not turn our public lands over to polluters for their profit at the expense of all Americans.

Clean energy provides, sustainable jobs and a healthier environment. Dirty energy—like oil, gas and coal—are not how we will power the future.

For example, an internal review by the BLM found that inadequate funding for the inspection and enforcement program meant that some wells had gone uninspected for “10 to 12 years.” A report by the GAO found that between 2009 and 2012, the BLM failed to inspect more than 55 percent of wells it deemed a high priority for inspection, based on several criteria such as known safety problems of the operator, geologic concerns, and concerns about nearby usable water. As the number of wells have grown, the number of safety and environmental inspections by BLM staff has not kept pace.

These lands belong to all Americans. Not oil, gas and coal companies. Generations of Americans have visited public lands for hunting, fishing, camping, hiking and many other treasured activities. Americans from all walks of life and political inclinations visit and live near these public lands because they offer recreation, beauty, wildlife viewing and more. And we should be preserving them for future generations.

And the oil and gas industry also gets special financial favors. The BLM charges below-market rates for buying and holding leases, and for royalties on production.

And many agency decisions about oil and gas leasing and drilling on public lands are often made without the full environmental review required by law, denying the public the legally required opportunities to provide input and failing to consider and disclose the full environmental and health impacts of proposals. Yet Sec. Zinke has now truncated the time available for agency staff to thoroughly review applications for permits to drill.

It’s clear that the oil and gas industry already has dominance of our public lands. Dirty, polluting, dangerous oil and gas drilling and fracking do not need any more special favors or shortcuts to environmental review.

Thursday’s move benefits oil and gas company executives. The rest of us Americans stand to lose.

Theo Spencer is a senior advocate at the Natural Resources Defense Council.