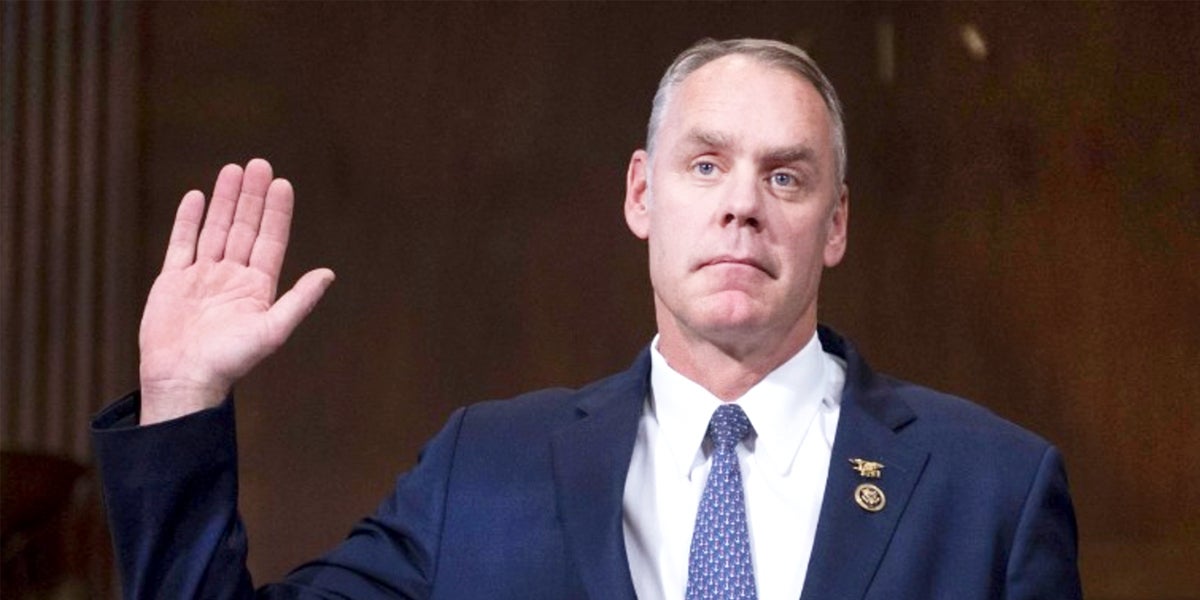 The Senate voted today to confirm Rep. Ryan Zinke as Secretary of the Department of the Interior.

His confirmation will be followed by a rally today at noon outside the Department of the Interior in Washington, DC. The rally will demonstrate people’s love of the outdoors and the fierce expectation that Sec. Zinke stand firm against those seeking to undermine the new Bears Ears National Monument in Utah.

The confirmation of Rep. Zinke as Interior Secretary jeopardizes the future of our great outdoors and the people, wildlife, and economies that depend on them.

The majority of Americans want to see our public lands protected for future generations to enjoy, not sold off or plundered for the financial benefit of the few. Yet as a Congressman, Zinke repeatedly sold out to corporate polluters.

The Secretary of the Interior must stand behind our public lands and stand up for tribal sovereignty, not consider rolling back protections for places like Bears Ears National Monument. We will continue to push Secretary Zinke to defend our public lands. We will resist all efforts to dismantle, degrade, and dispose of our outdoor legacy, even as we fight to make these places more accessible and welcoming for everyone.