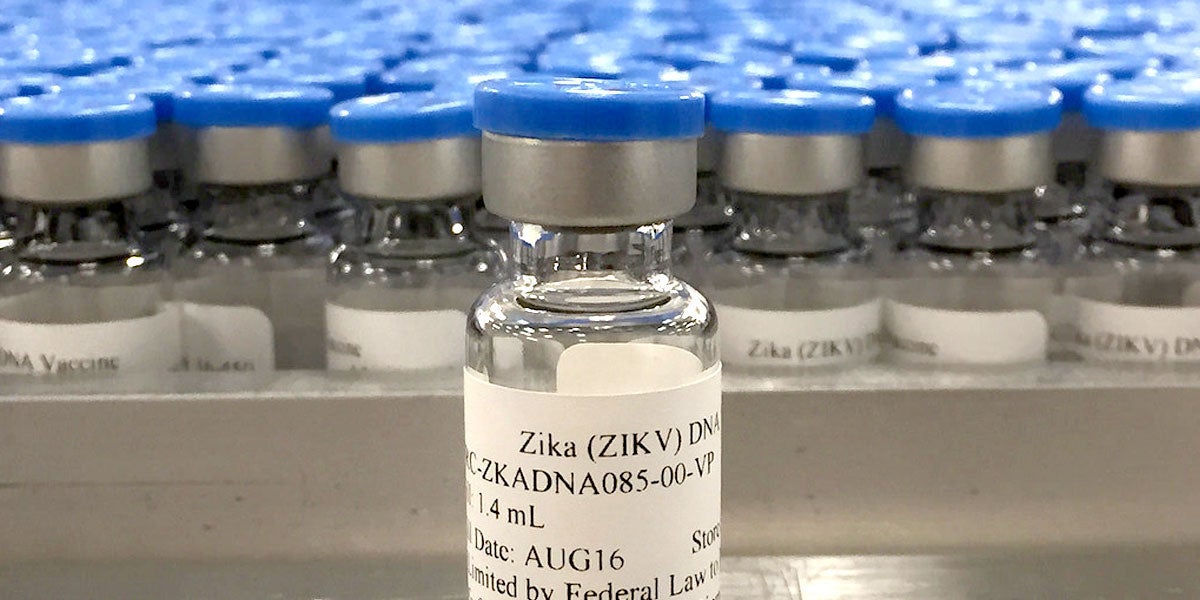 A mysterious Zika case in Utah has been solved and it shows we still don’t know everything about the virus.

Back in July, a 38-year-old man stumped experts when he was diagnosed with the Zika virus, even though he hadn’t traveled to any Zika-infected areas or had sexual contact with someone who did. He also lived in Salt Lake City, an area not considered a hospitable environment for the Aedes Aegypti mosquito that transmits the virus.

So far, the only ways Zika is known to be transmitted is through a bite from an infected mosquito, sexual contact with an infected person, contact with infected blood or a pregnant mother to her baby.

After tracking how this man could have gotten the virus, they discovered that he had visited a 78-year-old friend in a Utah hospital, just seven to 10 days before his symptoms began.

Eight days before the elderly man was admitted to the hospital, he had returned from a 3-week trip to the southwest coast of Mexico where it was learned he contracted Zika from mosquitoes, according to a new paper published in the New England Journal of Medicine.

During the 38-year-old’s visit, the paper says he helped the nurse re-position his friend and had wiped the man’s eyes. That’s it.

“Given the very high level of viremia in Patient 1, infectious levels of virus may have been present in sweat or tears, both of which Patient 2 contacted without gloves. Transmission of the infection through a mosquito bite appears to be unlikely, since aedes species that are known to transmit ZIKV have not been detected in the Salt Lake City area. In addition, the second case occurred 7 to 10 days after contact with the index patient in the hospital, which implicates direct contact during hospitalization.“

So can Zika be transmitted through someone’s sweat or tears, and how easily?

In a study published on Sept. 6, traces of the virus were detected in the tears of mice, but there hasn’t been any studies conducted yet on sweat.

“It should not be able to pass through unbroken skin,” Sankar Swaminathan, the chief of infections disease at University of Utah Health Care, and first author on the paper, told The Atlantic. Meaning the man probably either had a cut somewhere on his skin, or he inadvertently touched his eyes, nose or mouth, and the virus entered his body.

What scientists are now looking into with this case is the severity of the elderly man’s infection. Four days after he was admitted into the hospital he died and, while he was elderly, was reportedly not immunocompromised.

His blood had 200 million copies of the virus per milliliter—with a typical infection you’d expect to see hundreds of thousands, and 1 million would be considered high, Swaminathan said, which lead to progressive respiratory and renal failure, metabolic acidosis and hepatitis just before his death.

A factor being considered is that because he had contracted dengue in his past, it’s possible remaining antibodies from that somehow worsened his infection. He also may have had a genetic immune deficiency that just happened to be very specific to this virus, and the fact that he had a very high viral load of the virus in his system is what likely led to it being transmitted in this way, Swaminathan said.

There have been 13 fatal cases in adults—not counting deaths from Zika-related Guillain-Barré—many of which had pre-existing conditions. While this case is definitely scary, mosquitoes and sexual transmission are still the main worries in the spread of the virus.

“For the general public, this doesn’t really change very much,” Swaminathan said.