Zika Goes Viral in the U.S. 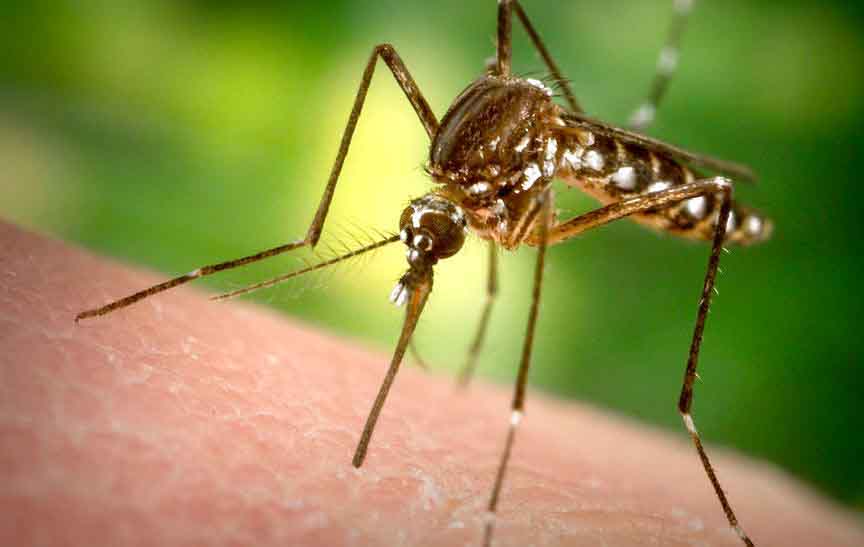 The news on Zika virus in the U.S. isn’t good at all this week.

The outbreak in Puerto Rico is raising huge concerns. There have been more than 5,000 cases of locally-transmitted Zika virus reported to the Center for Disease Control and Prevention (CDC) in Puerto Rico, but it’s feared that number is an under-estimate and meanwhile, case numbers there are skyrocketing. 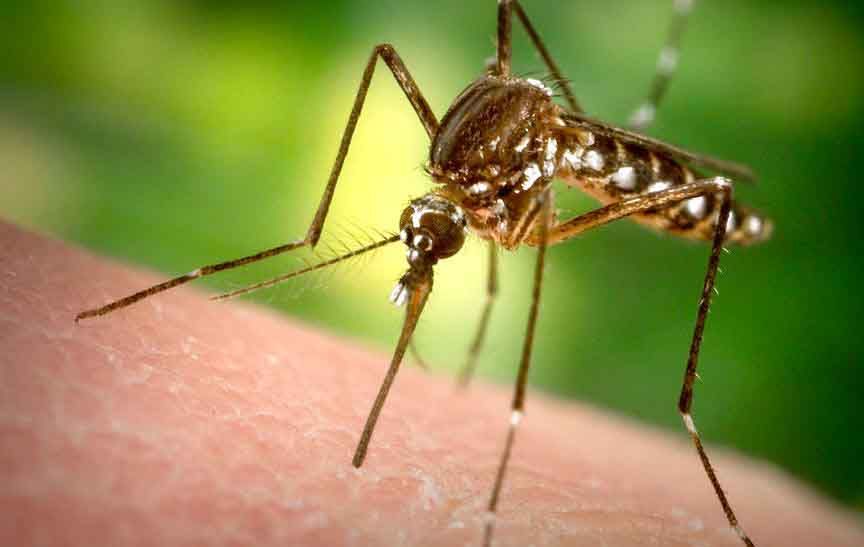 The Aedes aegypti mosquito, which can carry the Zika virus.Centers for Disease Control and Prevention

There are now reports of locally-transmitted Zika cases in Florida.

Miami-Dade County is listed today as an area of active Zika transmission, meaning mosquitoes are carrying the Zika virus locally, biting uninfected people who have then become infected. That brings the number of people Zika-infected in Florida to 14. The CDC is urging pregnant women to stay away from certain neighborhoods of Miami.

Until now, the cases of Zika reported in the U.S. have been “imported” by travelers—this happens when people infected by Zika elsewhere return home and develop symptoms. As of July 27, more than 1,600 cases of this “travel-associated” Zika had been reported in the lower 48 states. This highlights the rapid connection between disease outbreaks and distant communities, with so many of us traveling internationally these days.

Babies are being born with microcephaly to Zika-infected mothers in the U.S., Puerto Rico and Central and South America. And just last week, we learned that Zika can be sexually transmitted both in men’s sperm and from women to men.

The two mosquito species that can transmit Zika are notoriously tough to control. Zika is carried by Ae. aegypti and Ae. albopictus mosquitoes, aggressive daytime biters that bear a distinct white striping on their bodies and legs. Ae. albopictus is more widely found throughout the U.S. plus its range is expanding rapidly. Ae. aegypti is currently found mainly—but not only—in the southern half of the country. According to the CDC, more than 26 states and the District of Columbia reported populations of Ae. aegypti andAe. albopictus was found in at least 38 states and the District.

Many people had assumed that Zika wouldn’t be a widespread threat across much of the U.S., since most of us—even in summer—spend the majority of our time in screened-in or air-conditioned homes, schools and offices. The tragic stories of locally-transmitted cases of Zika virus in Puerto Rico and Florida show that U.S. communities are not immune to health risks from Zika infection. Besides its links to birth defects in babies, Zika-infected adults can develop Guillain-Barré syndrome, a condition in which the body’s immune system attacks its own nerves to potentially cause paralysis.

The main Zika carrier, Ae. aegypti, may be able to migrate to new cities more readily because of favorable summertime weather. An excellent map developed earlier this year by researchers at the National Center for Atmospheric Research (NCAR) and published in PLOS Currents-Outbreaks, shows that during the summer, many U.S. cities may risk low, moderate or high populations of the Zika-transmitting mosquitos. In addition, Zika risk may be elevated in cities that receive more air travelers from Latin America and the Caribbean who may have been exposed to Zika.

And into this complex picture, climate change seems to be fueling more warm-weather days when mosquitoes are active and biting.

A new analysis by Climate Central highlights that the number of days hot and humid enough for mosquitoes to be active and biting has increased in many big U.S. cities—and climate change will further increase those numbers, in most locations. In their analysis, the ten cities with the biggest increase in the length of the mosquito season over the last 30 years were: Baltimore, Maryland; Durham, North Carolina; Minneapolis; Myrtle Beach, South Carolina; Raleigh, North Carolina; Portland, Maine; St. Louis; Pittsburgh; Worcester, Massachusetts ; and Albany, New York. These cities cover a huge swath of the eastern U.S. Nationwide, 76 percent of major cities have seen their mosquito season get longer over that time.

This adds a whole other dimension to the public health challenges of Zika: climate change could make more areas of the U.S. more susceptible to this and other mosquito-borne pathogens in the future. Increased heat, disrupted precipitation patterns and higher humidity can allow mosquitoes to thrive in new places, as the Natural Resources Defense Council (NRDC) reported in our Fever Pitch report about dengue fever, another infectious viral disease that can be carried by the same two Aedes mosquito species. Warmer temperatures enable mosquitoes to develop more quickly and to incubate viruses that can infect people faster. Thus, climate change can hasten the spread of many infectious diseases, including Zika.

What Can We Do to Contain the Spread of Zika?

While mosquito-borne disease is a real threat to public health, widespread pesticide use alone is not the best approach, as my NRDC colleague Jennifer Sass explains in her blog this week. There are commonsense measures we can take to limit our exposure to mosquitos and protect ourselves from the pathogens they carry:

The federal government proposed a Zika response: developing a vaccine; diagnostic tests; and national tracking databases for the virus, mosquitoes and infected people. But Congress has yet to approve funding to respond to Zika’s public health threat. It’s urgent that our elected officials support the strongest possible action and funding on Zika.

Developing safe, rapid responses to the public health challenge of Zika could be huge opportunities to boost community preparedness against emerging infectious diseases, which are likely to increase under a changing climate. It stands to reason that taking action now to trim heat-trapping carbon pollution emissions also takes a bite out of climate change and helps limit its contribution to the emergence and spread of new mosquito-borne diseases.

Kim Knowlton is an assistant clinical professor in the Department of Environmental Health Sciences at Columbia University.