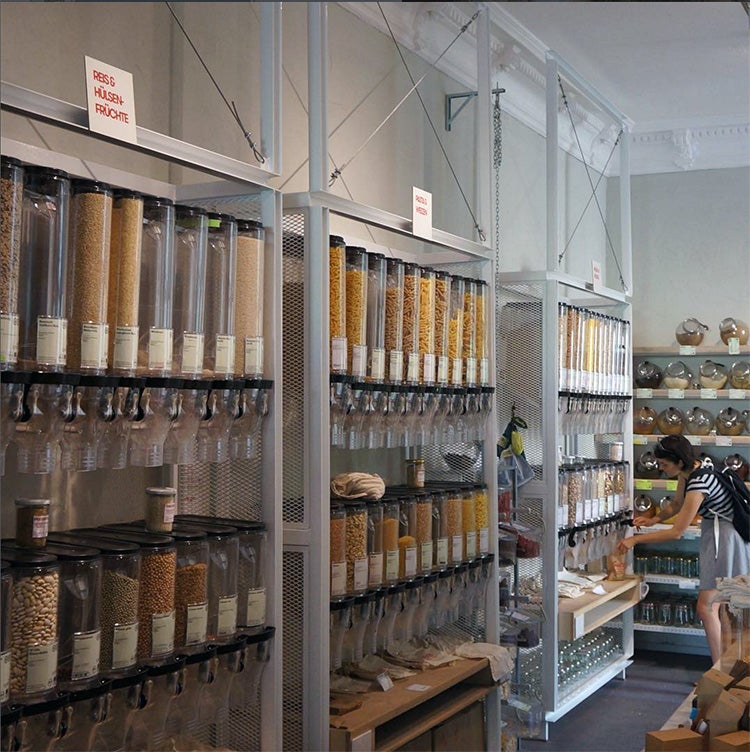 Zero-waste markets are coming to the U.S. While very popular in Europe, this trend in grocery shopping isn’t as well known in North America.

The Fillery, brainchild of Sarah Metz, is “a place where one fills empty containers with goods, such as grains, nuts, seeds, coffee, tea, spices, oils and the like,” according to the shop’s KickStarter page. Customers can bring their own reusable containers to the shop or purchase compostable ones to place their products in.

“We aim to improve the health of our community in Prospect Heights, Brooklyn, and the environment by offering alternatives to the plastic entombed, chemical laden options which are ubiquitous in both pantries and landfills worldwide,” reads the KickStarter page.

Metz’s motivation for The Fillery came after a self-realization, she wrote in her KickStarter bio:

After lots of experimenting with recipes from my extensive library of cookbooks (thanks, mom!), I’ve acquired a cabinet full of ingredients that will likely go bad before I finish them. A few days ago, I counted 10 types of flour in my cupboard. I see at least four problems with this: 1. food waste is a huge problem. 2. packaging waste is a huge problem 3. it is expensive, and 4. it takes up too much space in my tiny Brooklyn kitchen. Combine this with my frustration in trying to find conscientiously sourced, responsibly packaged, healthy groceries nearby, and you have my motivation for The Fillery.

“It’s hard not to notice how much waste is generated here,” Metz told the Huffington Post. “You walk past piles of trash that are higher than you are.”

The Fillery won’t just sell grocery items, Metz said. It will also be a community supported agriculture (CSA) pick up spot and a learning center. Customers will be able to take classes in how to hand-make common households necessities such as toothpaste.

Metz raised $17,075 with a goal of $15,000 on KickStarter. The campaign is closed now and she is looking for a storefront, according to the Huffington Post. 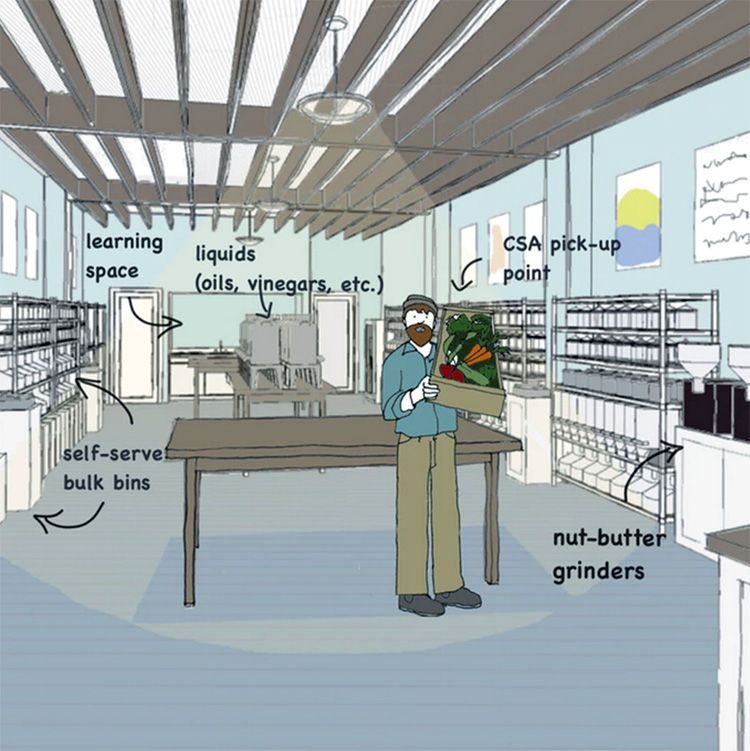 The Fillery via KickStarter

In Denver, Lyndsey Manderson, co-founder of the store Zero Market, is also concerned with the amount of plastic used and wasted today, said the Huffington Post. She’s planning on installing a tracker to show her customers how much packaging they’ve kept out of landfills, and even the ocean, by shopping zero-waste.

Roughly 8 million metric tons of plastic end up in the world’s oceans each year. Plastics are becoming an increasingly common cause of death and injury for marine animals. A 2015 study Valuing Plastic by the Plastic Disclosure Project and Trucost estimated plastic caused $13 billion in damages to marine ecosystems every year, EcoWatch reported. 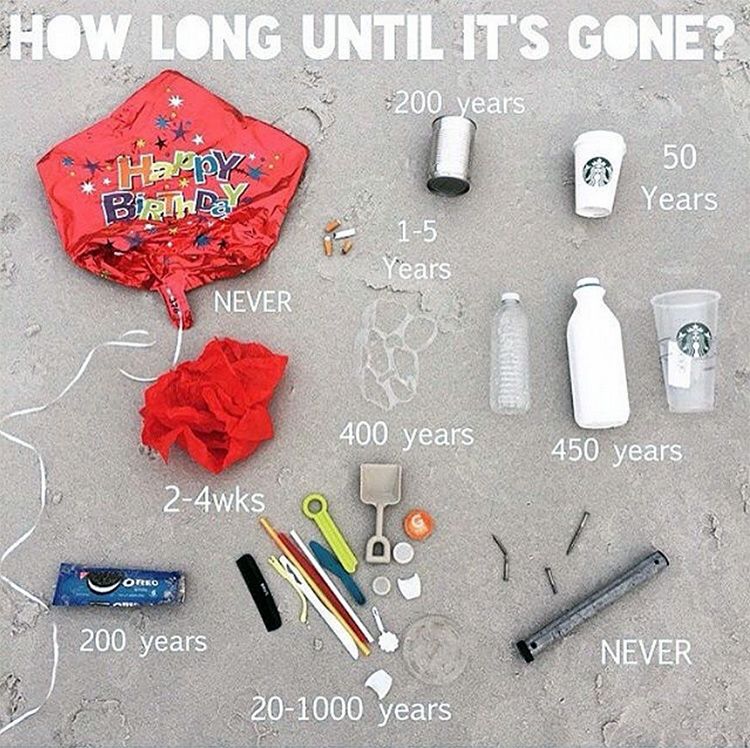 Metz hopes to open her store sometime this year.