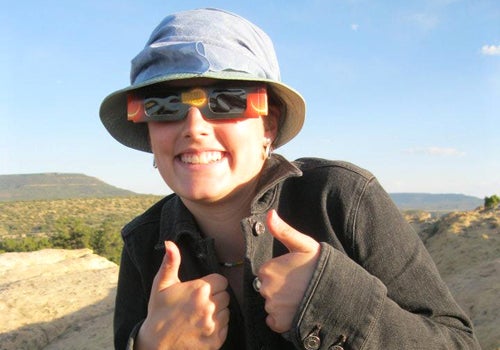 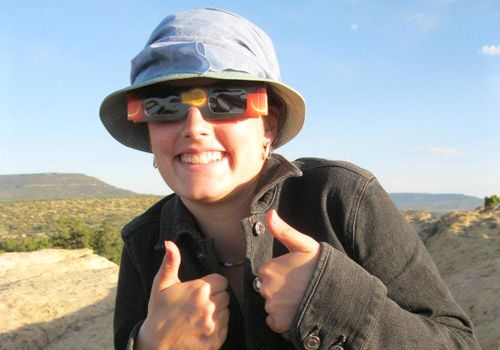 Akilah Sanders-Reed is a leader in the youth movement fighting climate change in New Mexico. Sanders-Reed is working with WildEarth Guardians in this remarkable legal action.

New Mexico youth and WildEarth Guardians will return to New Mexico First Judicial District Court today for the second time to defend their right to a healthy earth and sustainable future. They hope that Judge Sarah Singleton will rule in their favor and allow the case to go forward in what experts have called one of the most remarkable legal actions that has the potential to halt human-induced climate change.

On May 4, 2011, 16-year-old Akilah Sanders-Reed and WildEarth Guardians filed a lawsuit against Gov. Susana Martinez and the State of New Mexico, No. D-101-CV-2011-1514, to compel the state to prevent further increases in carbon dioxide (CO2) emissions and to compel government action in reducing CO2 emissions. Akilah’s and WildEarth Guardians’ drive in entering the lawsuit comes from the alarming research of our nation’s top scientists. According to leading climate scientist Dr. James Hansen, “the science is crystal clear—we must rapidly reduce fossil fuel carbon dioxide emissions if we are to have a chance of protecting Earth’s natural systems for these young people.”

The lawsuit is based on the Public Trust Doctrine, which requires sovereign governments to manage and protect vital natural resources for the common benefit of its citizens. By evoking this doctrine, the plaintiffs are not asking for monetary or punitive damages. They are instead petitioning the court to require that the State of New Mexico fulfill its obligation to protect the climate from excessive greenhouse gas emissions, which will ultimately protect New Mexico’s resources for future generations.

There is evidence that New Mexico is particularly vulnerable to climate change and must develop and implement an informed plan to protect the state’s public trust resources. In its Statement of Reasons for adopting Greenhouse Gas Cap and Trade Provisions issued on Nov. 10, 2010, the New Mexico Environmental Improvement Board (EIB) acknowledged that “[c]limate change caused by anthropogenic emissions of GHGs will have a particularly severe impact o[n] the American Southwest, including New Mexico. The warming trends in this region are double the annual global average.”

According to Samantha Ruscavage-Barz, attorney for the plaintiffs, “our state has an obligation to all of its citizens, and our youth in particular, to ensure the protection of natural resources that the state holds in trust for the security and livelihood of those citizens. Yet the state continues to brazenly ignore this obligation in favor of commercial exploitation of our natural resources, particularly when it comes to the atmosphere.”

In July of last year, the State of New Mexico and Gov. Martinez filed a motion to dismiss the case despite the plaintiffs’ formidable scientific and legal claims. On Jan. 25, 2012, Akilah and WildEarth Guardians went to court for the first time to defend their right to hold New Mexico and the governor accountable for failing to protect the climate from New Mexico’s excessive greenhouse gas emissions. The state and governor raised jurisdictional defenses in an attempt to prevent the court from hearing the substance of the case. Judge Singleton gave plaintiffs leave to amend their complaint to more clearly articulate the remedies plaintiffs were seeking from the court. After plaintiffs filed their amended complaint in April, the state and Gov. Martinez again moved to dismiss the new complaint on the basis of the same jurisdictional defenses. Judge Singleton will again consider these same arguments and decide whether to give New Mexico youth a chance to state their case on the merits and move one step closer to a real climate recovery plan.

To protect Earth’s natural systems and our way of life, the consensus among scientists is that average global surface heating must not exceed 1°C and CO2 concentrations must decline to less than 350 parts per million this century (we are currently over 390 ppm). To accomplish this reduction, Dr. James Hansen and other renowned scientists conclude that carbon dioxide emissions need to peak in 2012 and decline by 6 percent per year starting in 2013.

If this is not accomplished, the predicted human-induced impacts of climate change in New Mexico are severe. In a recent report by the U.S. Department of the Interior, the Bureau of Reclamation predicted a temperature increase of 5-6°F for the Upper Rio Grande Basin in the 21st century, accompanied by a decrease in precipitation. Consequences of increased temperatures include decreased snow pack, decreased water availability for agriculture, and reduced habitat for riverine species. Hotter temperatures coupled with decreased precipitation will pose challenges to human health and increase the risk of wildfires, which threaten the state’s forests, ecosystems, and rural populations.

Plaintiff Akilah Sanders-Reed says, “I’m 17. I can’t vote. But I can hike and backpack. I can listen to birdsong, and admire the Rio Grande running between the cottonwoods. I can savor local produce. I can hear the rustle of leaves and sunlight filters through them, and breathe fresh air. I can experience how inherently beautiful our world is, but I am politically powerless to save it. In order for my generation to have a future, we have to trust our government officials to protect that future. It seems, though, that this trust was misplaced, so I’m raising my voice in the one branch of government where it can be heard.”

The New Mexico lawsuit is part of a larger, innovative climate litigation strategy—the international iMatter Trust Campaign. As part of this campaign, youth plaintiffs launched Public Trust legal actions in 49 states and the District of Columbia, in addition to a federal lawsuit.