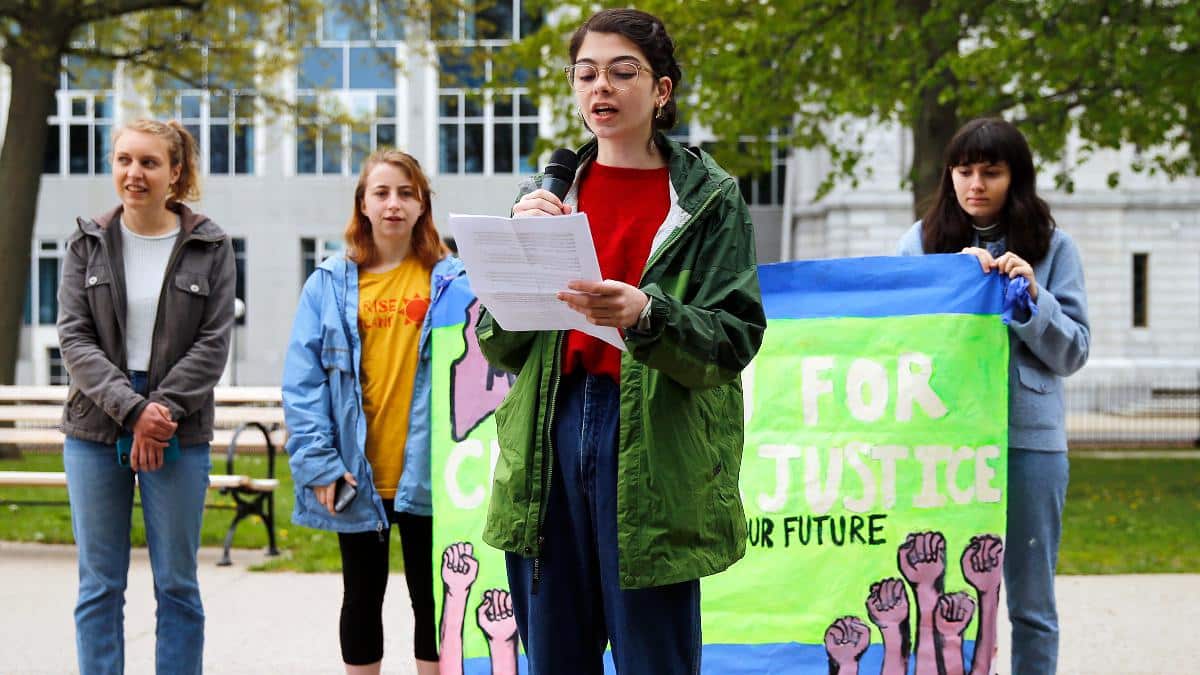 A group of youth climate activists who sued the U.S. government in 2015 are changing tactics in their fight to force the feds to address climate change.

Twenty one young plaintiffs on Juliana vs. United States, who now range in age from 13 to 24, on Tuesday filed a motion in U.S. District Court in Oregon, asking to be allowed to amend the aims of their case. The original case argued the Constitution provides the right to live in a sustainable climate, and demanded courts order the government to create and execute a climate recovery plan.

Following a “reluctant” rejection for a full hearing by 9th Circuit Court of Appeals last year, in part on the basis that federal judges lack the power to order the complex policy solutions they sought, the activists are narrowing their goals. Instead, they will ask the court to rule the U.S. energy system violates their constitutional rights to due process and equal protection under the law, and to order the U.S. government to establish a plan to transition off of fossil fuels.

As reported by The Oregonian:

The youth activists’ lawyers quoted from a U.S. Supreme Court opinion issued Monday that revived a former Georgia college student’s lawsuit against the school that blocked his evangelizing on campus.

The climate activists’ motion noted a point made in the lone dissent by Chief Justice John G. Roberts Jr.

“Even in dissent, Chief Justice Roberts confirms the central role of the Judiciary ‘may truly be said to have neither FORCE nor WILL but merely judgment,’ ‘[b]ut that power of judgment can nonetheless bind the Executive and Legislature.’ “