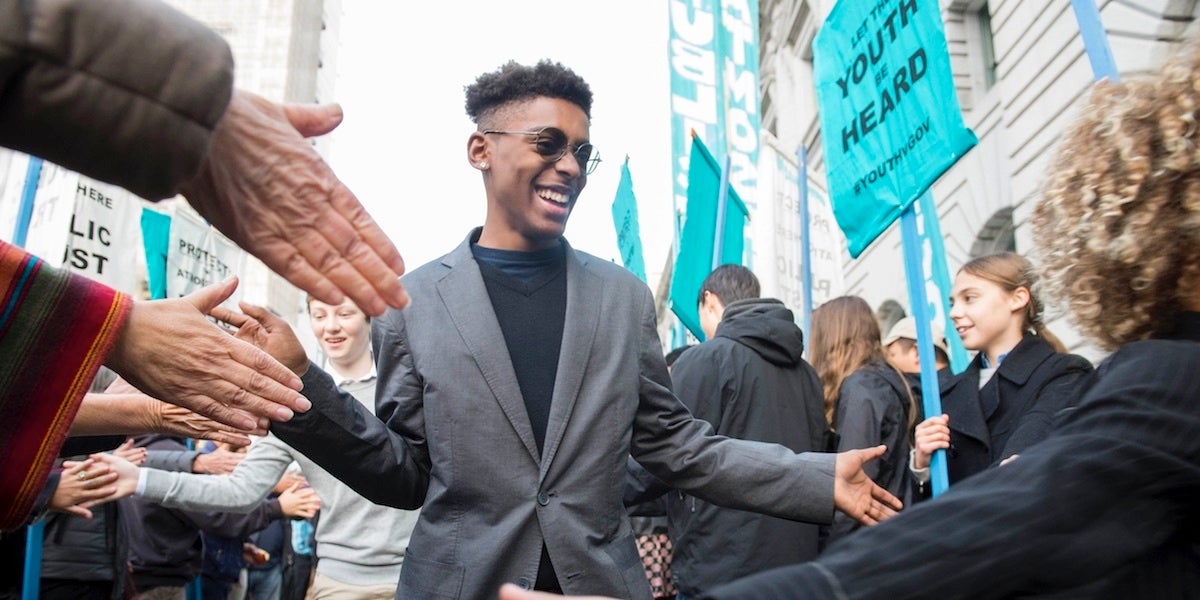 In a 62-page opinion, U.S. District Judge Ann Aiken denied yet another attempt from the federal government to throw out
Juliana v. United States, which was first filed in 2015.

The judge largely rejected the government’s arguments
but granted the administration’s motion to dismiss President Donald Trump as a defendant.

The judge said the students can get what they want by suing officials below the president, but she left the door open for Trump to be reinstated as a defendant in the case, if necessary.

Lawyers for the teens had argued the president shouldn’t be excused for failing in his official capacity to protect the environment from rising global temperatures while subsidizing fossil fuel-dependent industries.

The groundbreaking lawsuit targets the government for creating policies that encouraged climate change, and for violating the country’s youngest citizens their constitutional rights to life, liberty and property, as well as failing to protect essential public trust resources.

On Friday, government attorneys filed a third writ of mandamus petition, a rarely used legal maneuver, to the Ninth Circuit Court of Appeals to stay district court proceedings, according to Our Children’s Trust, the non-profit group supporting the youth plaintiffs. Judges with the Ninth Circuit denied the first two petitions, saying the petitions were not justified.

“To suggest that our government suffers harm greater than its citizens by having to participate in a trial when its youngest citizens bring legitimate claims of constitutional harm before our Article III courts flies in the face of democratic principles,” Julia Olson, executive director and chief legal counsel of Our Children’s Trust, said in a press release Friday. “We are going to trial on October 29th.”

The Department of Justice also plans to file a second writ of mandamus petition with the U.S. Supreme Court on Oct. 17, the press release said. In July, the high court ruled that the administration’s motion to dismiss the case was “premature.”

As the scheduled trial date approaches, Our Children’s Trust has organized rallies across the country on Oct. 28-29 to rally support for the plaintiffs.