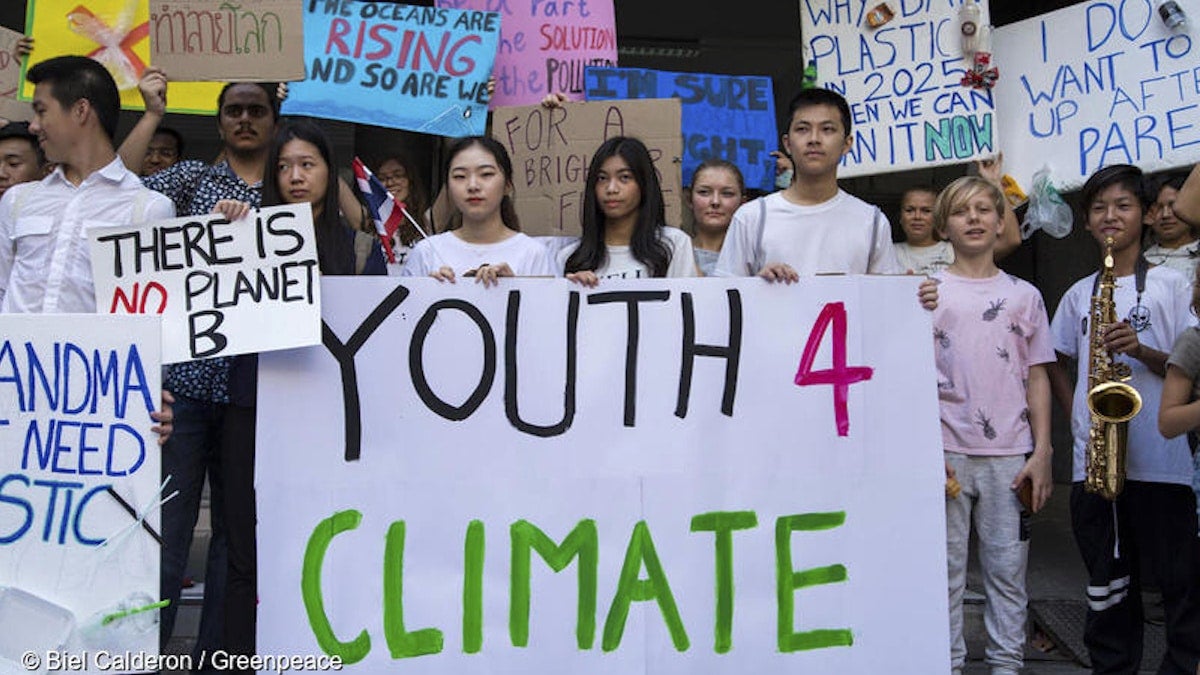 The official 26th Conference of Parties (COP26) to discuss the international response to the climate crisis has been delayed because of the coronavirus pandemic. But young people aren’t letting that stop them from taking action.

A group of 18 student staff members and 216 volunteers from 118 countries is launching an event today called Mock COP26, a two-week, virtual conference that will conclude with a statement addressed to world leaders with suggestions for the official COP26.

“We decided we had to do something because we are in a climate emergency,” co-organizer 21-year-old Dom Jaramillo of Ecuador told BBC News. “We want to raise ambitions and show world leaders how a COP should be run. We are not the leaders of the future. We are the leaders of today.”

COP26, which was supposed to take place this November, was billed as the most important international climate crisis since the Paris agreement was reached in 2015. Each participating country was supposed to come to the table with more ambitious plans for reducing their greenhouse gas emissions. However, it was pushed back a full year to November of 2021.

This frustrated Jaramillo and other young activists, who argued that there was no time for delay.

“I was very disappointed because it showed that political leaders think we can give ourselves a year more, when we just can’t do that; the climate crisis is happening right now,” 14-year-old Mock COP26 delegate Lavinia Iovino told The Guardian.

So the young activists decided to organize their own conference, and to improve on the COP26 model in two key ways.

The Mock COP26 event will take place entirely online, featuring a combination of keynote speeches, panels, workshops and regional caucuses, the website explained. As an online event, it will lower emissions by 1,500 times compared with a traditional COP, organizers told BBC News.

“At a normal COP summit, delegates fly in from around the world. They can emit more than 50,000 tonnes of CO2 – whereas ours will emit around 39 tonnes of CO2,” 18-year-old Josh Tregale of the UK said. “If each year those carbon savings were made by government meetings that could have a huge impact.”

Mock COP26 also seeks to be more inclusive and to center the voices of young people in the Global South, who will bear the brunt of the climate crisis. It was pushed back from the start time of the original COP26 to take place after Diwali, The Guardian reported. It is also allowing up to five delegates from Global South countries vs. three from countries in the Global North and giving the Global South delegates more time to speak.

“They’re making sure that the voices of the most affected areas are amplified, and making sure that we have a space and we’re not just tokenised,” 22-year-old volunteer Mitzi Jonelle Tan from Manilla in the Philippines told The Guardian.

The two-week event will feature more than 350 delegates from more than 145 countries and last until Dec.1, according to a press release. Its events are available to watch on YouTube.

However, the event aims to influence the climate debate long after it concludes. Delegates will receive mentorship in how to put pressure on their countries in the leadup to COP26. In addition, participants will vote on a final statement to world leaders, The Guardian explained. Charity ClientEarth will then help them to write that statement into a treaty that can be adapted by national governments.

“We can show world leaders that young people can do more than just protest, we can come up with ideas and put things in place as well,” Tregale told BBC News.