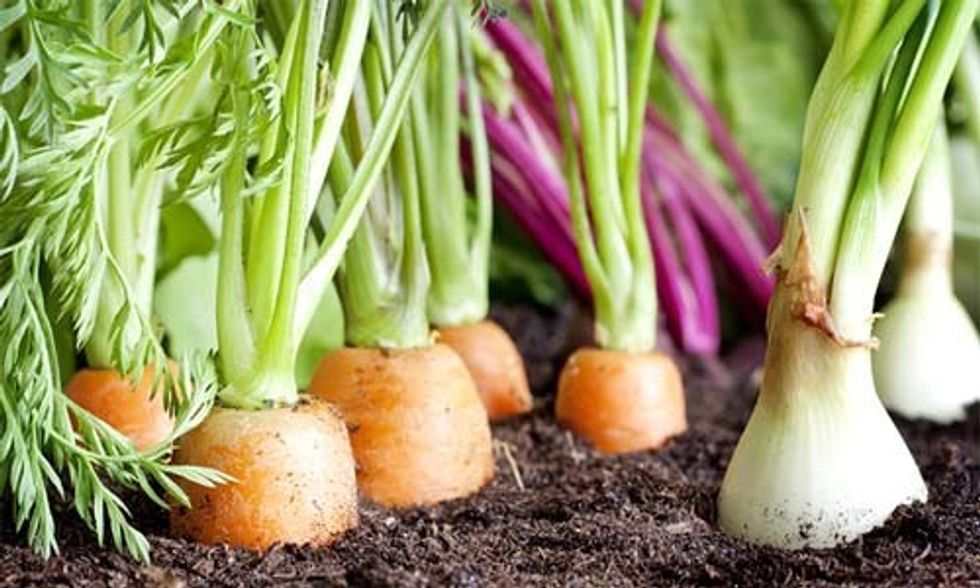 On Oct. 26, the paywalled site PoliticoPro reported that the U.S. Secretary of Agriculture wants “farmers and agricultural interests to come up with a single definition of sustainability in order to avoid confusing the public with various meanings of the term in food and production methods.”

We agree with Secretary Tom Vilsack that the word “sustainability” is meaningless to consumers and the public. It’s overused, misused and it has been shamelessly co-opted by corporations for the purpose of greenwashing.

But rather than come up with one definition for the word “sustainable” as it refers to food and food production methods, we suggest doing away with the word entirely. In its place, as a way of helping food consumers make conscious, informed decisions, we suggest dividing global food and farming into two categories: regenerative and degenerative.

In this new paradigm, consumers could choose food produced by degenerative, toxic chemical-intensive, monoculture-based industrial agriculture systems that destabilize the climate, and degrade soil, water, biodiversity, health and local economies. Or they could choose food produced using organic regenerative practices based on sound ecological principles that rejuvenate the soil, grasslands and forests; replenish water; promote food sovereignty; and restore public health and prosperity—all while cooling the planet by drawing down billions of tons of excess carbon from the atmosphere and storing it in the soil where it belongs.

"Sustainable," is That All We Want?

In other words, sustainability is about maintaining systems without degrading them. And it is about keeping things much the same without progressing.

Industrial agriculture today, with its factory farms, waste lagoons, antibiotics and growth hormones, GMOs, toxic pesticides and prolific use of synthetic fertilizers, doesn’t come close to “not using up or destroying natural resources.” And even if it did, is that all we want, or need, to achieve?

Or do we want to grow our food in ways that restore climate stability and regenerate—soil, health, economies—rather than merely maintain the status quo?

Greenwashing and the Labeling Game

Corporations love to brand themselves, and label their products, as “sustainable.” The hope is that consumers will view “sustainable” products as superior to mere “conventional” products, or better yet, equate the word “sustainable” with “organic.”

But when a widely discredited and despised company like Monsanto co-opts the word “sustainable,” the word loses all meaning for consumers. On its website, Monsanto says:

Our vision for sustainable agriculture strives to meet the needs of a growing population, to protect and preserve this planet we all call home, and to help improve lives everywhere. In 2008 Monsanto made a commitment to sustainable agriculture—pledging to produce more, conserve more and improve farmers’ lives by 2030.

Nothing could be further from the truth. Monsanto’s Roundup-Ready, chemical-intensive GMO crops now dominate agriculture, on a global scale, poisoning soil, water, air, farm workers and consumers. The words on their website fool no one—the agriculture they promote is anything but “sustainable.”

It is the same with the certified “sustainability” labels promoted by corporations such as Cargill, Heinz Benelux, Mars, Nestlé, Unilever and Cadbury. These labeling schemes, such as Rainforest Alliance, Sustainable Agriculture Network and UTZ, can be congratulated for promoting the planting of trees on farms, for improving the farm environment and for requiring compliance with minimum labor standards. But they do nothing to curtail the use of soil-destroying, climate-destabilizing chemical fertilizers and the thousands of toxic pesticides that are known to cause both environmental and health damage.

Most of the farmers enrolled in these “sustainability programs” used to grow crops or graze animals traditionally, with little or no chemicals. The same is true for the many thousands of certified organic coffee and cacao farmers who have been hijacked by these schemes—schemes which allow them to charge a premium without meeting the more rigorous organic standards. How can the promoters of these “sustainability” labels claim that they are reducing chemical use when they have converted thousands of low-input traditional farmers to the use of chemicals that they never used before?

A Global ‘Regeneration Revolution’ is Under Way

In the 1970s, Robert Rodale, son of American organic pioneer J.I. Rodale coined the term ‘regenerative organic agriculture’ to distinguish a kind of farming that goes beyond simply “sustainable.”

According to the Rodale Institute:

Regenerative organic agriculture improves the resources it uses, rather than destroying or depleting them. It is a holistic systems approach to agriculture that encourages continual on-farm innovation for environmental, social, economic and spiritual well-being.

We opened this piece by stating that we agree with Vilsack—the word “sustainability,” in the context of food and food production, has led to consumer confusion.

But we don’t like where Vilsack is headed. He told PoliticoPro:

“In recent years, Consumers have raised concerns about conventional agricultural practices, which has led to the growth of organic, GMO-free foods and ‘natural’ products, often at the expense of the reputation of conventional products. I think it’s going to be incumbent on us to have a common understanding of what [sustainability] means to better serve the interests of agriculture as a whole and consumers.”

At the “expense of the reputation of conventional products?” Is Vilsack referring to the well-earned bad reputation of products (those containing GMOs and toxic pesticides, perhaps?) produced using degenerative, rather than regenerative, practices?

The number one driver behind rising sales of organic foods is consumer concern about health, especially pesticides, growth hormones and GMOs. But as scientists issue increasingly dire warnings about the climate, and people throughout the world connect the dots between industrial agriculture and global warming, there is a growing contingent of farmers and consumers who want to do more.

An increasing number of farmers want to grow food and raise animals using organic and regenerative farming and grazing practices that are not only better for human health, but that also cool the planet, feed the world, heal the soil, foster food sovereignty and strengthen communities.

And consumers want to purchase those products, knowing that their production generated healing, not harm.

It’s a Regeneration Revolution. And it goes well beyond “sustainability.”

André Leu is president of IFOAM Organics International, and on the steering committee of Regeneration International.

Ronnie Cummins is international director of the Organic Consumers Association, and on the steering committee of Regeneration International.