Yet Another Blow to the Fracking Industry 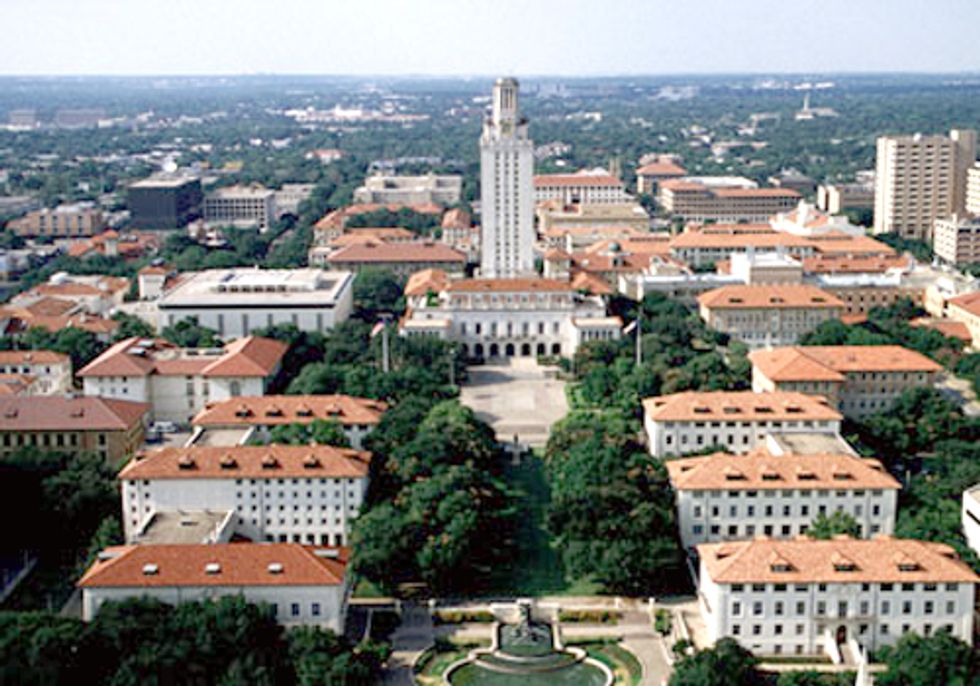 [Editor's note: Yes, many blows to the fracking industry lately, including the announcement yesterday from the faculty at the Community College of Philadelphia about passing a resolution calling on the college “to sever all ties to the Marcellus Shale Coalition and the gas fracking industry” and urging the college instead “to expand its initiatives and offerings in clean, green energy and environmental career fields.”]

Weeks after SUNY Buffalo's upper-level administration gave the Shale Resources and Society Institute (SRSI) the boot due to its gas industry public relations effort masked as a "study," University of Texas-Austin's (UT-Austin) administration has somewhat followed suit for its own "frackademia" study.

The decision comes in the aftermath of an independent review of a controversial study completed under UT-Austin's auspices.

Like SRSI's "shill gas study," UT-Austin brought itself attention when it published a "study" in February 2012 titled, Separating Fact From Fiction in Shale Gas Development. UT-Austin's study—conducted under the wings of its Energy Institute—claimed that there's "no scientific proof" that unconventional oil and gas development can be linked to groundwater contamination.

As it turns out, the author's lead investigator, Charles "Chip" Groat is on the payroll of the oil and gas industry via Plains Exploration & Production, a direct conflict-of-interest under the standards of academia (not to be confused with those of "frackademia"). "Groat earned more than double his University of Texas salary as a PXP board member in 2011—$413,900 as opposed to $173,273—and he has amassed over $1.6 million in stock during his tenure there," Public Accountability Initiative (PAI) explained in a report.

The embarrassment created by these revelations moved Groat to retire after the spring semester, while the head of the Energy Institute, Raymond Orbach, stepped down yesterday as head of the institute, though he'll still remain on the UT-Austin faculty.

UT-Austin's administration, in effect, has decided to distance itself from the report due to its numerous conflicts-of-interest, though unlike the SRSI, the Energy Institute won't be ended.

"The school said it will undertake six recommended actions, the most significant being the withdrawal of papers from the Energy Institute’s Web site related to the report until they are submitted for fresh expert review," explained the New York Times.

Kevin Connor, director of PAI, issued this statement in response to UT-Austin's decision:

The University of Texas has now joined the University at Buffalo in sending a strong message to the oil and gas industry: our universities are not for sale. This is another major blow to gas industry pseudoscience and a victory for academic integrity in the debate around fracking.

The University of Texas deserves credit for taking a difficult but important stand for transparency and integrity by releasing this review and pursuing these recommendations.

U of Michigan: The Next Frontier for "Frackademia"?

This announcement comes soon after University of Michigan-Ann Arbor stated it would be conducting its own forthcoming two-year study on the ecological impacts of fracking in Michigan.

Members of the study's Steering Committee include two representatives of the Michigan Oil and Gas Association and members of Republican Gov. Rick Snyder's cabinet, along with several university-affiliated faculty members.

A Dec. 3 story by Energy and Environment News explained that Energy in Depth, the shale gas industry front group, will also be deeply involved with the study.

"Some of those stakeholders are being pulled in as resources for the UM study, said Energy in Depth Field Director Erik Bauss, whom UM researchers have already called on to help facilitate a visit to a Michigan frack site," wrote E and E.

Given the recent state of play for "frackademics," DeSmog will be keeping a close eye on the Michigan study in the weeks and months ahead. Stay tuned.