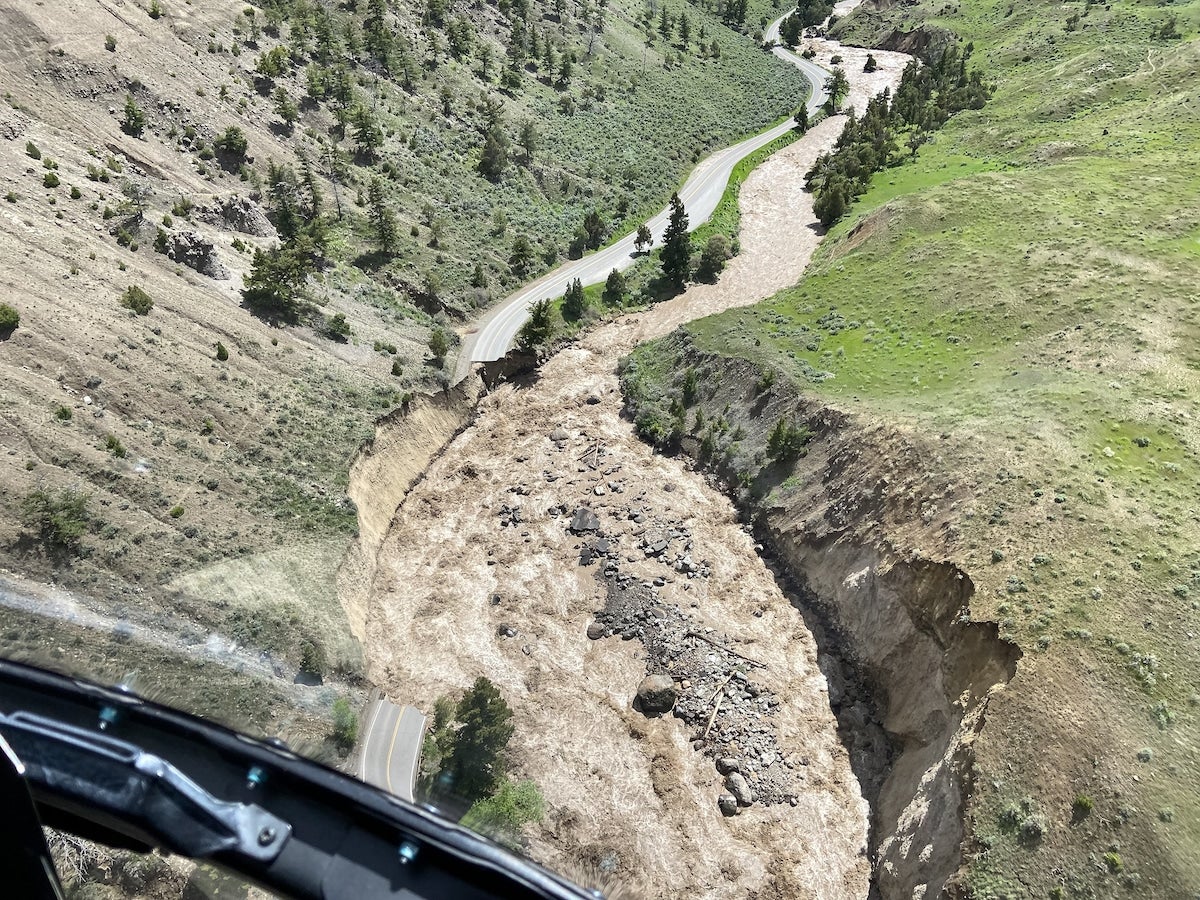 Record rainfall and flooding has forced Yellowstone National Park to close and evacuate more than 10,000 visitors within the park.

The extreme weather event was so intense that the northern part of the famous park could remain closed for a “substantial length of time,” the park website announced on Tuesday.

“The landscape literally and figuratively has changed dramatically in the last 36 hours,” Park County, Montana, commissioner Bill Berg told AP News on Wednesday. “A little bit ironic that this spectacular landscape was created by violent geologic and hydrologic events, and it’s just not very handy when it happens while we’re all here settled on it.”

The incident began over the weekend as a storm brought two to three inches of rain, The New York Times reported. However, at the same time as the rain was falling, warmer temperatures caused 5.5 inches of snow to melt, leading to major flooding. On Sunday, rainfall totaled 1.37 inches, surpassing the previous record of nearly 0.5 inches of rain.

At first, flooding and mudslides closed roads in northern Yellowstone on Monday morning, according to the park website. Nearly two hours later, all park entrances were closed.

“Due to record flooding events in the park and more precipitation in the forecast, we have made the decision to close Yellowstone to all inbound visitation,” park superintendent Cam Sholly said in a statement. “Our first priority has been to evacuate the northern section of the park where we have multiple road and bridge failures, mudslides and other issues.”

In the end, the flooding forced nearly 10,000 people to evacuate the park, damaged hundreds of nearby homes, washed away bridges and forced a popular fishing river off course, AP News reported. One person died of a heart attack at a campground, but no one else has been reported injured or killed, according to The New York Times.

The storm has also impacted the communities surrounding Yellowstone National Park. The town of Gardiner, Montana, situated at the park’s northern entrance, is entirely cut off by flood waters, The Washington Post reported. Town resident Victoria Britton lived in a waterfront home for Yellowstone park workers until it was washed away in the storm.

“It was our own little sanctuary; nobody knew it was there,” she told The Washington Post. “Now the rest of our life is in the river.”

The heavy rains and warmer temperatures behind the disaster are both in keeping with trends in the region due to the climate crisis. According to the Greater Yellowstone Climate Assessment, the Upper Yellowstone watershed is two degrees Fahrenheit warmer than it was in 1950 and its spring rains have increased by 20 percent since the same date, Bloomberg reported.

“Exactly the kinds of things that we’re seeing, even with this type of event, is what we’re projecting we will see more of in the coming decades,” scientist and report co-author Cathy Whitlock told Bloomberg.

And the park is not out of the woods yet. More rain and snow-melting temperatures have been predicted for the near future, according to The Washington Post.

“I’ve heard this is a 1,000-year event, whatever that means these days. They seem to be happening more and more frequently,” Sholly told AP News.

New Bill Seeks to Protect Frontline Communities From Plastics Pollution
One of the main dangers of plastics is the harm
By Olivia Rosane
Cooling India Could Be a $1.6 Trillion Investment Opportunity
A new report by the World Bank has found that
By Cristen Hemingway Jaynes
3 UK Universities Ban Fossil Fuel Companies From Recruiting on Campus
Three more UK universities have answered the call to ban
By Olivia Rosane