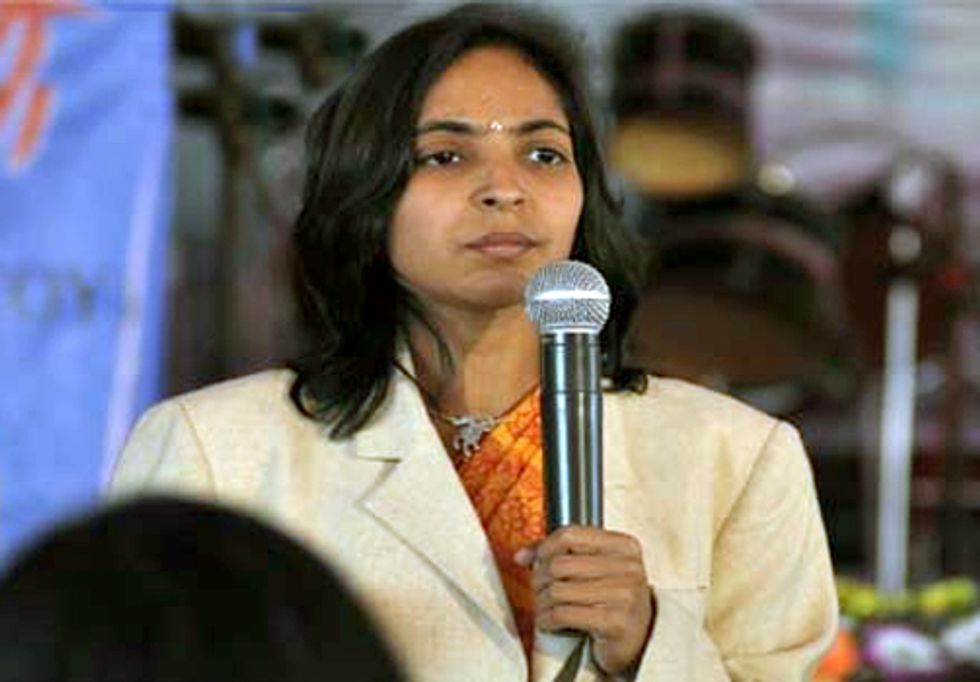 In honor of the United Nations’ World Water Day, the World Water Monitoring Challenge (WWMC) has made announcement of the recipients of the fourth annual Water Champion awards. Minakshi Arora, Yamuna Waterkeeper, gets international recognition for her outstanding efforts and contribution to the environment.

WWMC is an international education and outreach program that builds public awareness and involvement in protecting water resources around the world by engaging citizens to conduct basic monitoring of their local water bodies. The WWMC Water Champion Awards recognize superior levels of relevance, educational effort, support and innovation in the promotion of water quality via involvement in WWMC.

Arora initiated several educational campaigns to protect waterways and support WWMC. During the 15-day India International Trade Fair, 6,000 school students participated in quiz programs and games, and 20,000 people received information on water quality. As a result, Arora reports that her organization is being asked to provide even more in the way of water quality education.

Minakshi Arora, Yamuna Waterkeeper, is the recipient of the Water Champion award and gets international recognition for her outstanding efforts and contribution to the environment.

"Even principals of various schools are asking to train their students to be environmental scientists with the easy WWMC kit," said Arora. These activities took place October through December 2012 around Delhi, New Delhi, Delhi NCR, Agra, Uttar Pradesh, and some part of Haryana adjacent to Delhi.

The intended audience was local communities surrounding the Yamuna River Basin and school students. Local residents, whose voices are too often ignored, were eager to find out more about the quality of their water. When they were informed of the simple and easy steps it took to know the quality of their water, they came with us and were eager to learn. They not only participated in the testing process but also raised awareness among their peers about the importance of clean water. They shared their stories and pictures, putting pressure on the state and national government to provide access to clean water. It got media mentions on leading websites.

"Local communities and school children were involved in the activities. First they were trained in the testing process and after getting training people from local communities came forward and offered to take this testing challenge to their local waterway," said Arora. They also pledged to involve others by raising awareness in their areas. Around 400 people and students were involved directly, while 20,000 community members and 6,000 students were made indirectly aware of the importance of clean drinking water and the hazards of polluted water.

"Many locals came forward hoping that their voices will have an international platform and will therefore convince government officials of the need to improve clean drinking water access. These people took the initiative to spread the word about protecting the waterways to their local communities." continued Arora.

On March 22, 2013 the program honored the outstanding efforts of eight groups and four individual participants for outreach conducted in 2012.

These groups and individuals are from six regions; Africa (includes portions of the Middle East), Asia (includes portions of the Middle East), Australia and Oceania, Europe, North America (includes Central America and the Caribbean) and South America. The six regions are each represented by its own panel of judges. Arora is representing Asia and has received international recognition for her outstanding contributions to environmental education programs.