Wyoming Wolves in Peril with Potential Removal of Federal Protection 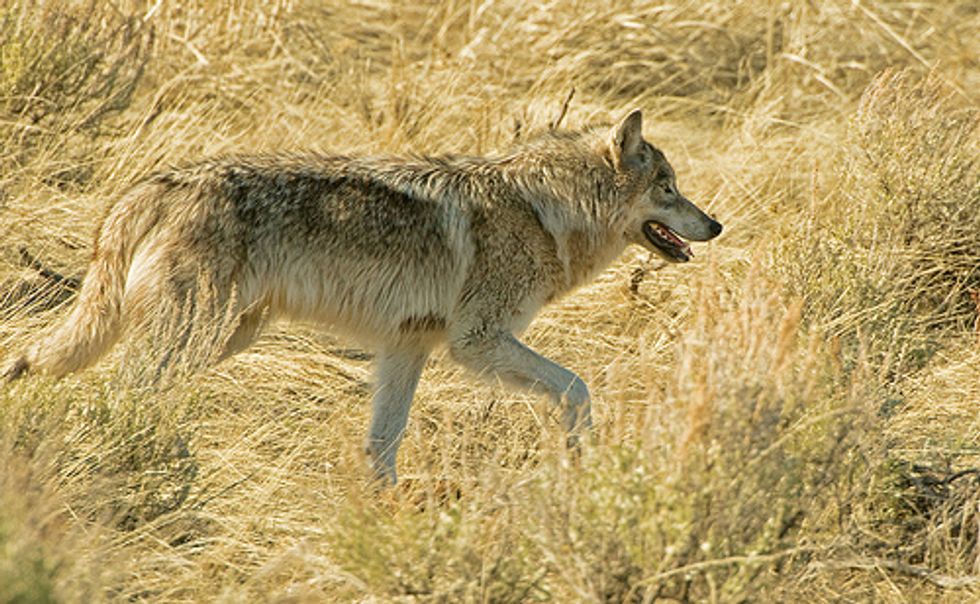 The U.S. Fish and Wildlife Service (USFWS) published a proposed rule Oct. 4 that would remove federal protections for endangered gray wolves in Wyoming. USFWS is moving forward with the delisting even though the state wolf management plan has yet to be approved by the Wyoming legislature. As currently written, the plan treats wolves as predators, allowing the animals to be killed at any time by any means across nearly 90 percent of the state, including on the public’s national forests where wildlife management is a core purpose. Wolves in the rest of the state could still be killed with a hunting license, and this licensed hunting area will expand seasonally to allow for dispersing wolves. Inside Yellowstone National Park, wolves will remain fully protected.

The following is a statement from Jamie Rappaport Clark, president of Defenders of Wildlife:

“The Fish and Wildlife Service should not be removing protections for wolves in Wyoming under these circumstances. The proposed delisting rule effectively endorses a state management plan that permits unmanaged wolf killing across the vast majority of the state, and it only perpetuates the notion that wolves are unwanted predators.

“Our country has spent decades restoring these animals because they are vital to maintaining balanced ecosystems and a healthy environment. We can’t achieve full recovery by relegating wolves to one corner of the state. This plan does an extreme disservice to all the hard work that’s been done to bring wolves back from near extinction and could reverse the many benefits they bring to the landscape.

“What’s particularly disconcerting is that this plan will allow wolves to be needlessly killed in our national forests. Wolves are part of our national wildlife heritage and should not be shot on sight on public land that belongs to all Americans. We expect our nation’s wildlife agency to uphold our commitment to good stewardship of our lands and wildlife, not rubber-stamp an irresponsible wolf management plan for the sake of political expediency.”

Gray wolves across the northern Rockies were protected as an endangered species until this spring, when a rider attached to a must-pass budget bill stripped protections for wolves in Idaho and Montana. Wolves in Wyoming remained protected since the state did not have a federally approved state management plan in place. In recent months, the state of Wyoming and the U.S. Department of the Interior (DOI) have agreed on the terms of a state management plan. DOI announced the principles of that agreement in early August, and the Wyoming Game and Fish Commission approved a state management plan based on those principles on Sept. 14. The Wyoming legislature must still approve the plan before it is finalized.