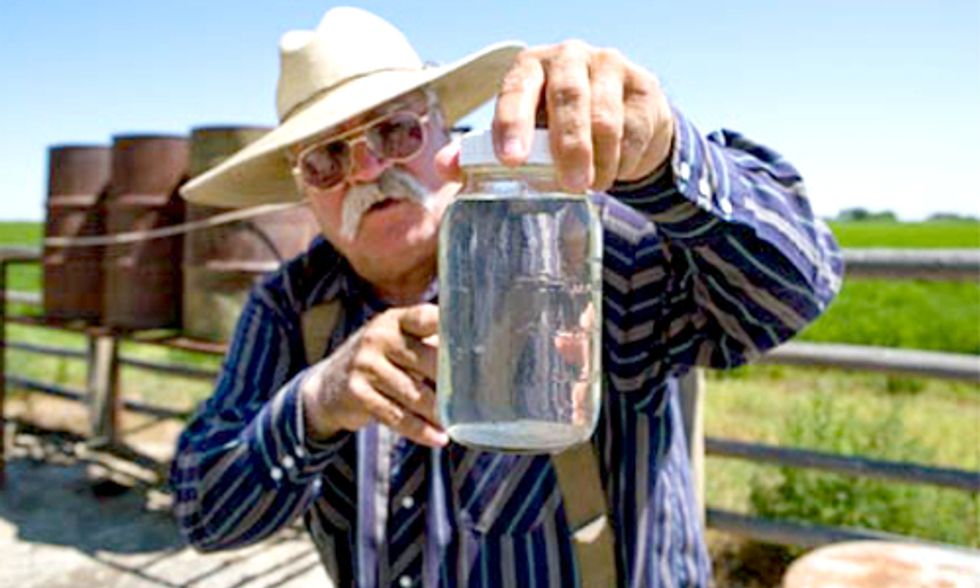 Wyoming environmental officials continue investigating water wells and whether fracking is the source of water contamination in the tiny town of Pavillion, but some groups in the area are concerned about the credibility of that investigation.

That's because it's being funded by Encana, the oil and gas firm those groups believe is responsible for adding methane, hydrocarbons, lead and copper into the local water supply. The U.S. Environmental Protection Agency handed the investigation over to the state a year ago, and things have been downhill ever since, according to groups like Earthworks and Pavillion Area Concerned Citizens.

State regulators held a meeting late last week that was meant to provide an update to residents. Instead, it reinforced their lack of confidence in the process.

“This meeting didn’t provide us anything except more questions,” John Fenton, an impacted rancher and president of the Pavillion Area Concerned Citizens, said in an Earthworks statement. "The EPA study was ready for peer review when Wyoming took over. The state’s closed door process, funded by Encana, doesn’t inspire confidence.”

Encana provided a $1.5-million grant to the Wyoming Natural Resource Foundation to be used for the investigation, Jeff Wojahn, president of the company said a year ago. Now, the state says it will allow Encana to provide feedback on data regarding wellbore integrity, surface pits, domestic water wells and a project to install cisterns project before the public views that data, County10.com reported.

In response to the website's report, Gov. Matt Mead’s communication director, Renny MacKay, said Encana cannot edit findings after an independent expert review, but can suggest corrections regarding mistakes, particularly if a mistake pertains to one of the company's wells.

“EPA has the same opportunity, if a mistake is found, they can suggest a correction, it then goes back for further review before it is finalized,” MacKay said.

Still, some residents don't have faith in the independence of that review because of Encana's funding. Encana also said last year that it would be providing interim funding to the Wyoming Association of Rural Water System (WARS), which had been providing water for some of the area's residents. Back in 2011, Miles Edwards, a WARS water specialist argued that energy development didn't "have to create and wreak havoc, but can be done in such a way that it benefits the community," according to the Torrington Telegram.

Earthworks energy program director Bruce Baizel called on the EPA to reopen an investigation separate of the state.

“Frankly, the industry has long tried to block independent investigations from documenting contamination, and Encana’s ability to review these studies before they go public continues this pattern,” Baizel said. “The EPA should never have given in to this outside pressure. EPA should reopen its investigation into Pavillion-area fracking groundwater pollution.”