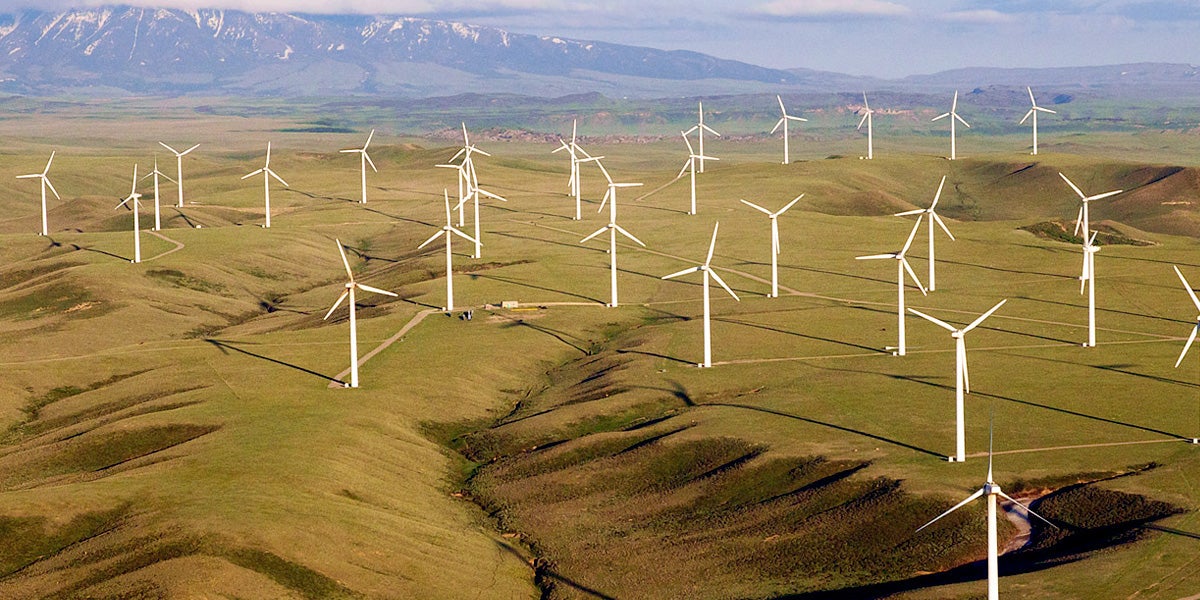 Republican lawmakers in Wyoming have introduced a bill that would block the use of renewable energy in the state. If passed, utilities that use wind or solar to produce power for Wyoming residents would be penalized with a costly fine of $10-per-megawatt-hour.

Under Senate File 71, only six resources—coal, hydroelectric, nuclear, oil, natural gas, and net metering systems such as rooftop solar or backyard wind projects—are considered “eligible” generating resources. Electric utilities will have one year to be 95 percent compliant with the approved resources and 100 percent compliant by 2019.

As InsideClimate News pointed out, the bill was filed last Tuesday on the first day of the Wyoming’s 2017 legislative session. Its sponsors, who largely come from top coal counties, include climate change deniers such as Rep. Scott Clem who once said, “I don’t believe that CO2 is a pollutant, and am furious of the EPA’s overreach.”

How deeply embedded are the Koch brothers in the Trump administration? @EcoWatch’s take: https://t.co/ExLEOYsiE9

Wyoming is by far the nation’s largest coal producer and a major producer of natural gas and crude oil. But the state also has some of the best on-shore wind resources the U.S., with wind power constituting 8 percent of the state’s energy.

Still, Wyoming has waged a quasi-war on wind. Wyoming is the only state in the country that taxes wind energy production, and a proposed tax increase has effectively stalled a Wyoming power company’s plans to build the largest wind farm in the country. Like most of the wind power already generated by the state, the power generated by the massive Carbon County wind farm will head to other states. While this new bill would allow out-of-state wind power sales to continue, it certainly discourages future renewable energy development.

“Wyoming is a great wind state and we produce a lot of wind energy,” bill co-sponsor Rep. David Miller explained to InsideClimate News about the motivation behind the bill. “We also produce a lot of conventional energy, many times our needs. The electricity generated by coal is amongst the least expensive in the country. We want Wyoming residences to benefit from this inexpensive electrical generation.”

“We do not want to be averaged into the other states that require a certain [percentage] of more expensive renewable energy,” Miller continued.

Miller, however, is not confident the bill will pass, putting its chances at “50 percent or less.” Still, Republicans overwhelmingly outnumber Democrats 51-9 in the state House and 27-3 in the Senate.

Opponents have called the bill “baffling,” as renewable energy is becoming cheaper and out-performing fossil fuels on a large scale.

“Why would [legislators] try to drag down solar and wind, two potentially successful industries that could make a home in the state?” editors at the Casper Star-Tribune asked, adding that the lawmakers are “shutting out potential sources of revenue.”

Others have remarked that this law is completely unsound and even unprecedented.

“It would be very difficult to implement, difficult to regulate,” Shannon Anderson, lawyer for the Powder River Basin Resource Council, told the Star-Tribune. “It goes against longstanding precedent to choose least-cost resources, and it ignores the reality of a multi-state grid.”

Anderson also told InsideClimate News, “I haven’t seen anything like this before. This is essentially a reverse renewable energy standard.”