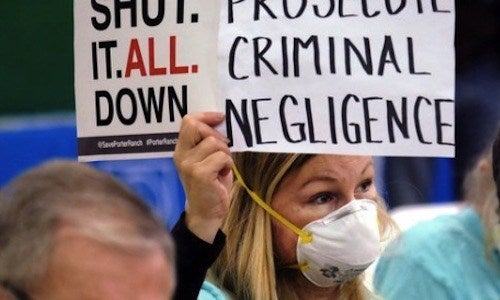 The Southern California Gas Company (SoCalGas) is under increasing legal fire over the catastrophic Porter Ranch gas leak. The embattled company, which is the primary provider of natural gas to Southern California, is facing potential criminal and civil charges, and now, its first wrongful death lawsuit.

It’s estimated that more than 92,000 metric tons of methane, a powerful climate pollutant, have escaped from the Aliso Canyon natural gas storage facility since the noxious leak was first reported on Oct. 23, 2015. On Jan. 6, California Gov. Jerry Brown declared the leak, which has forced the relocation thousands of residents, a state of emergency.

Los Angeles County District Attorney Jackie Lacey announced Tuesday that SoCalGas will face four misdemeanor criminal charges in connection with the gas leak: three counts of failing to report the release of hazardous materials from Oct. 23-26, 2015, and one count of discharging air contaminants, beginning on Oct. 23, 2015, to the present.

If convicted in the criminal case, SoCal Gas could be fined up to $25,000 a day for each day it failed to notify state authorities about the leak. An arraignment is scheduled for Feb. 17, Lacey’s office said.

“While we recognize that neither the criminal charges nor the civil lawsuits will offer the residents of Los Angeles County a complete solution, it is important that Southern California Gas Co. be held responsible for its criminal actions,” Lacey said in a statement.

Hours earlier, California Attorney General Kamala Harris joined a civil lawsuit filed by the county and city of Los Angeles against the utility. 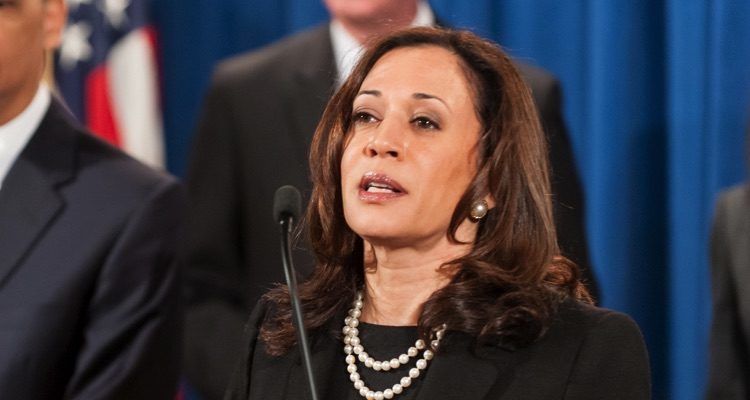 “This gas leak has caused significant damage to the Porter Ranch community as well as our statewide efforts to reduce greenhouse gas emissions and slow the impacts of climate change,” Harris said. Photo credit: Wikipedia

Harris, who represents the California Air Resources Board, indicated in the lawsuit that the natural gas leak has caused a public health and statewide environmental emergency, which has sickened residents of Porter Ranch and compelled them to relocate.

“The impact of this unprecedented gas leak is devastating to families in our state, our environment and our efforts to combat global warming. Southern California Gas Company must be held accountable,” Harris said in a statement. “This gas leak has caused significant damage to the Porter Ranch community as well as our statewide efforts to reduce greenhouse gas emissions and slow the impacts of climate change. My office will continue to lead this cross-jurisdictional enforcement action to ensure justice and relief for Californians and our environment.”