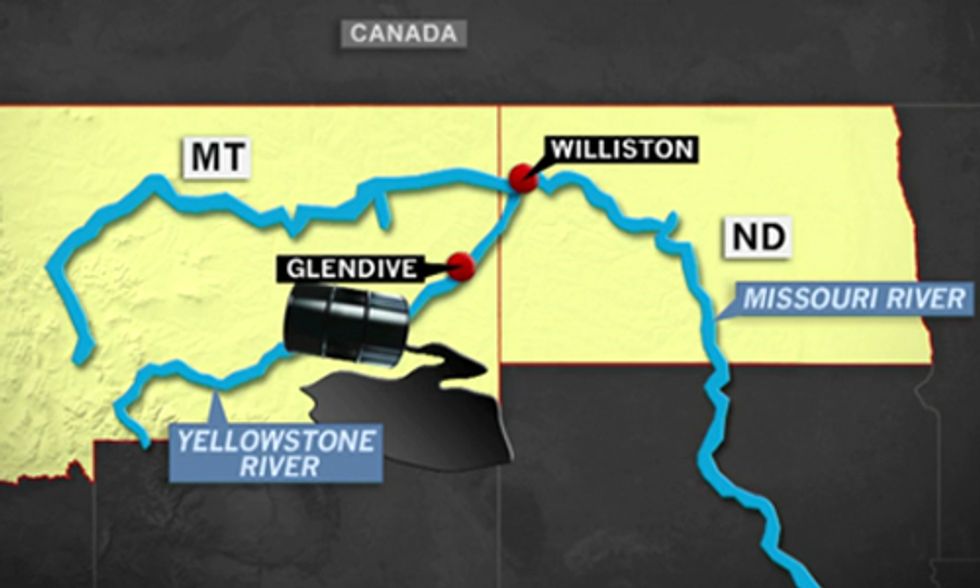 Three million gallons of brine, a salty, toxic byproduct of oil and natural gas production—also known as fracking wastewater—spilled from a leaking pipe in western North Dakota. State officials say it's the worst spill of its kind since the fracking boom began in the state.

The spill was reported 17 days ago when Operator Summit Midstream Partners found a toxic leak of salty drilling waste from a pipeline in the heart of the Bakken oil boom.

Officials say there's no immediate threat to human health but as Marketplace's Scott Tong reports yesterday, there could be trouble ahead. He interviews Duke geochemist Avner Vengosh who has sampled frack wastewater and has found that "North Dakota's is 10 times saltier than the ocean, that endangers aquatic life and trees, and it has ammonium and radioactive elements."

"A typical well can spit about 1,000 gallons a day," says Tong. "Some of the water is recycled back into fracking, stored in pits or used to de-ice roads. It's also injected deep underground, which has been known to cause earthquakes."

And, for the latest update on the spill, watch last night's MSNBC's The Rachel Maddow Show: