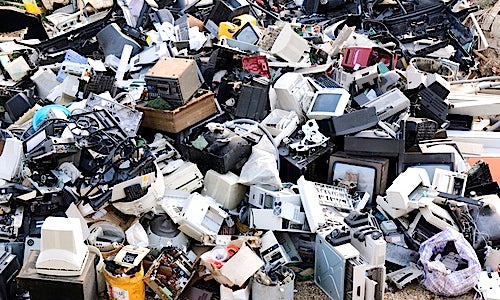 The volume of electronic waste generated worldwide is expected to climb by 33 percent by 2017 to 65 million tons, according to a study conducted by a partnership of United Nations organizations, industry, governments and scientists. 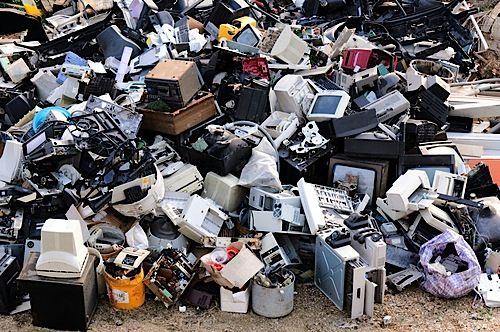 Computers, televisions, mobile phones and other devices are tossed away so often, that in 2012, 50 million tons of e-waste was generated worldwide.

So many computers, televisions, mobile phones and other devices are being tossed away annually that within four years the volume of e-waste would fill a 15,000-mile line of 40-ton trucks, the report said. The report, released by a group called StEP—Solving the E-Waste Problem Initiative —said that in 2012, 50 million tons of e-waste was generated worldwide, about 15 pounds for every person on the planet. China generated the most electronic waste last year, with 11.1 million tons, followed by the U.S. with 10 million tons.

“The explosion is happening because there is so much technical innovation,” said Ruediger Kuehr, executive secretary of StEP.

Much of the waste, which contains large amounts of toxic materials, is being shipped to Asia and West Africa, where it is often disposed of in backyard operations that create large human health and environmental hazards.