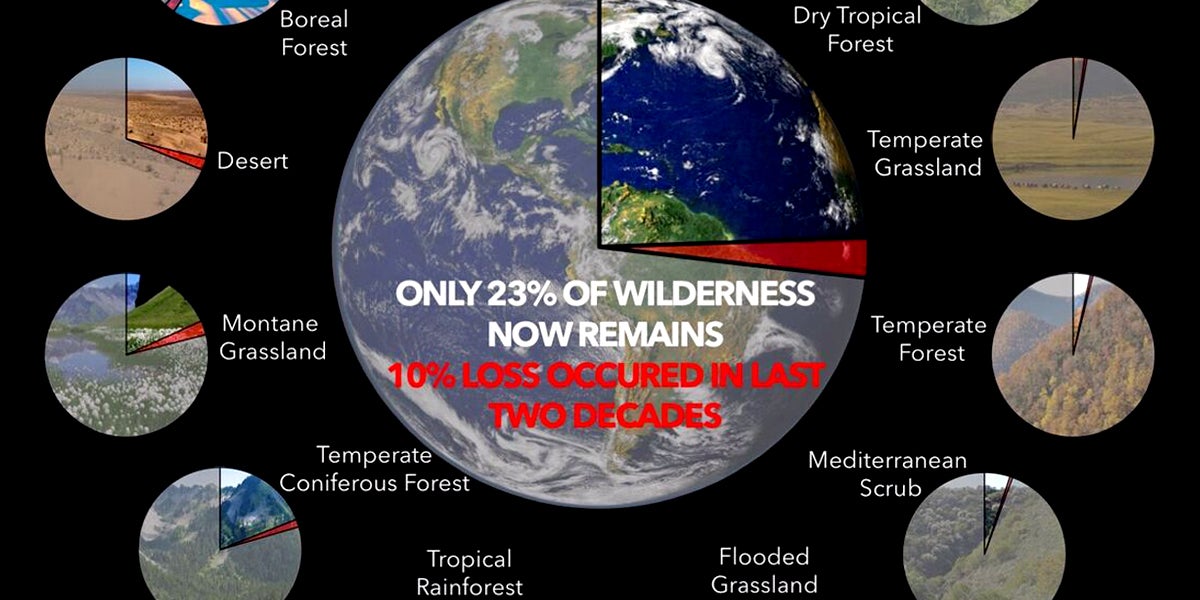 Researchers reporting in the journal Current Biology show catastrophic declines in wilderness areas around the world over the last 20 years. They demonstrate alarming losses comprising a tenth of global wilderness since the 1990s—an area twice the size of Alaska and half the size of the Amazon. The Amazon and Central Africa have been hardest hit.

The findings underscore an immediate need for international policies to recognize the value of wilderness areas and to address the unprecedented threats they face, the researchers say. 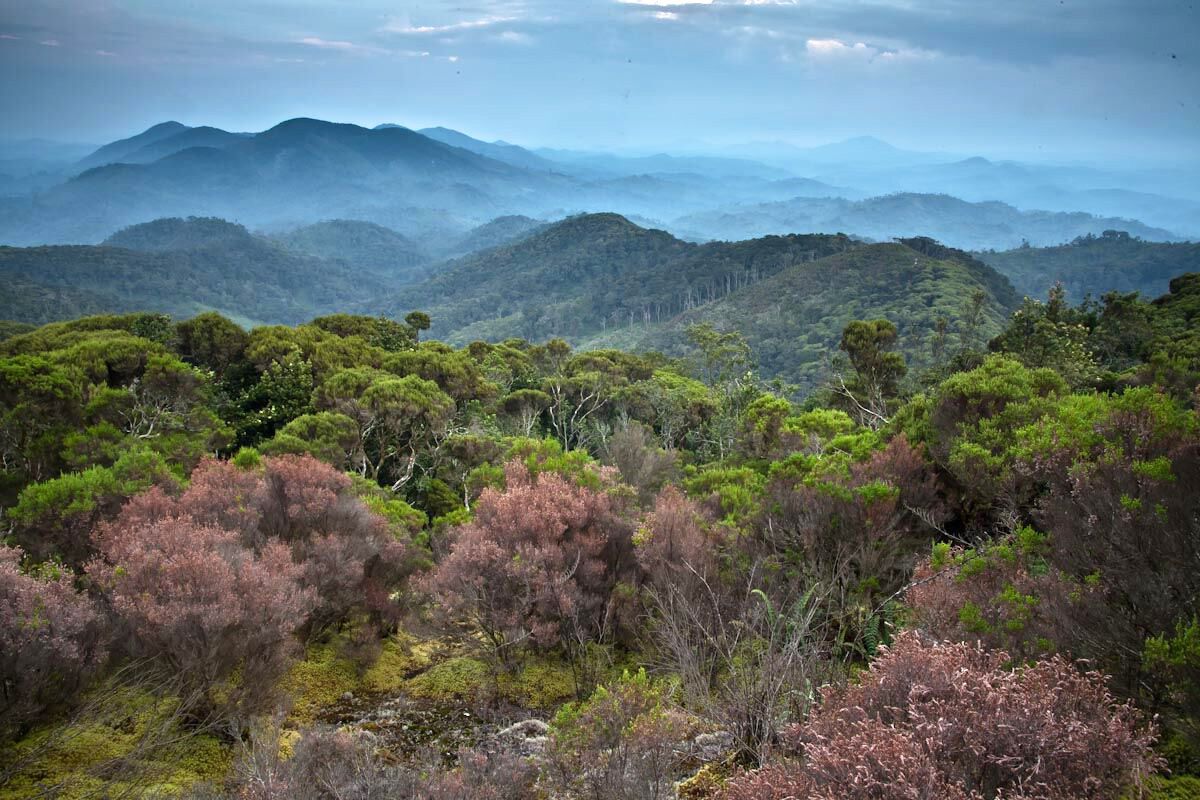 The findings underscore an immediate need for international policies to recognize the value of wilderness areas and to address the unprecedented threats they face, the researchers say.
Wildlife Conservation Society

“Globally important wilderness areas—despite being strongholds for endangered biodiversity, for buffering and regulating local climates, and for supporting many of the world’s most politically and economically marginalized communities—are completely ignored in environmental policy,” said Dr. James Watson of the University of Queensland in Australia and the Wildlife Conservation Society in New York.

“Without any policies to protect these areas, they are falling victim to widespread development. International policy mechanisms must recognize the actions needed to maintain wilderness areas before it is too late. We probably have one to two decades to turn this around.”

Watson said much policy attention has been paid to the loss of species, but comparatively little was known about larger-scale losses of entire ecosystems, especially wilderness areas which tend to be relatively understudied. To fill that gap, the researchers mapped wilderness areas around the globe, with “wilderness” being defined as biologically and ecologically intact landscapes free of any significant human disturbance. The researchers then compared their current map of wilderness to one produced by the same methods in the early 1990s. 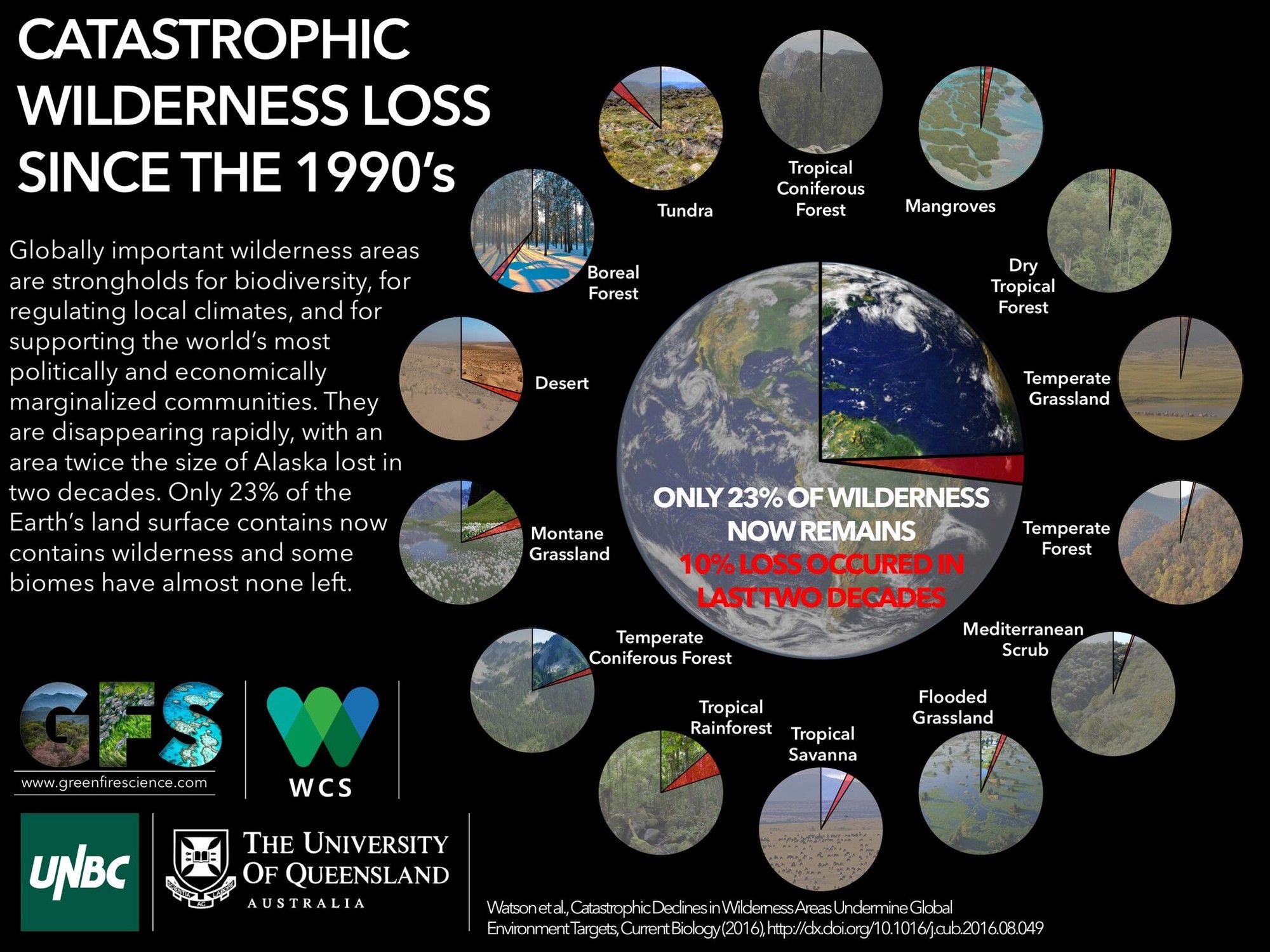 This comparison showed that a total of 30.1 million km2 (around 20 percent of the world’s land area) now remains as wilderness, with the majority being located in North America, North Asia, North Africa and the Australian continent. However, comparisons between the two maps show that an estimated 3.3 million km2 (almost 10 percent) of wilderness area has been lost in the intervening years. Those losses have occurred primarily in South America, which has experienced a 30 percent decline in wilderness, and Africa, which has experienced a 14 percent loss. 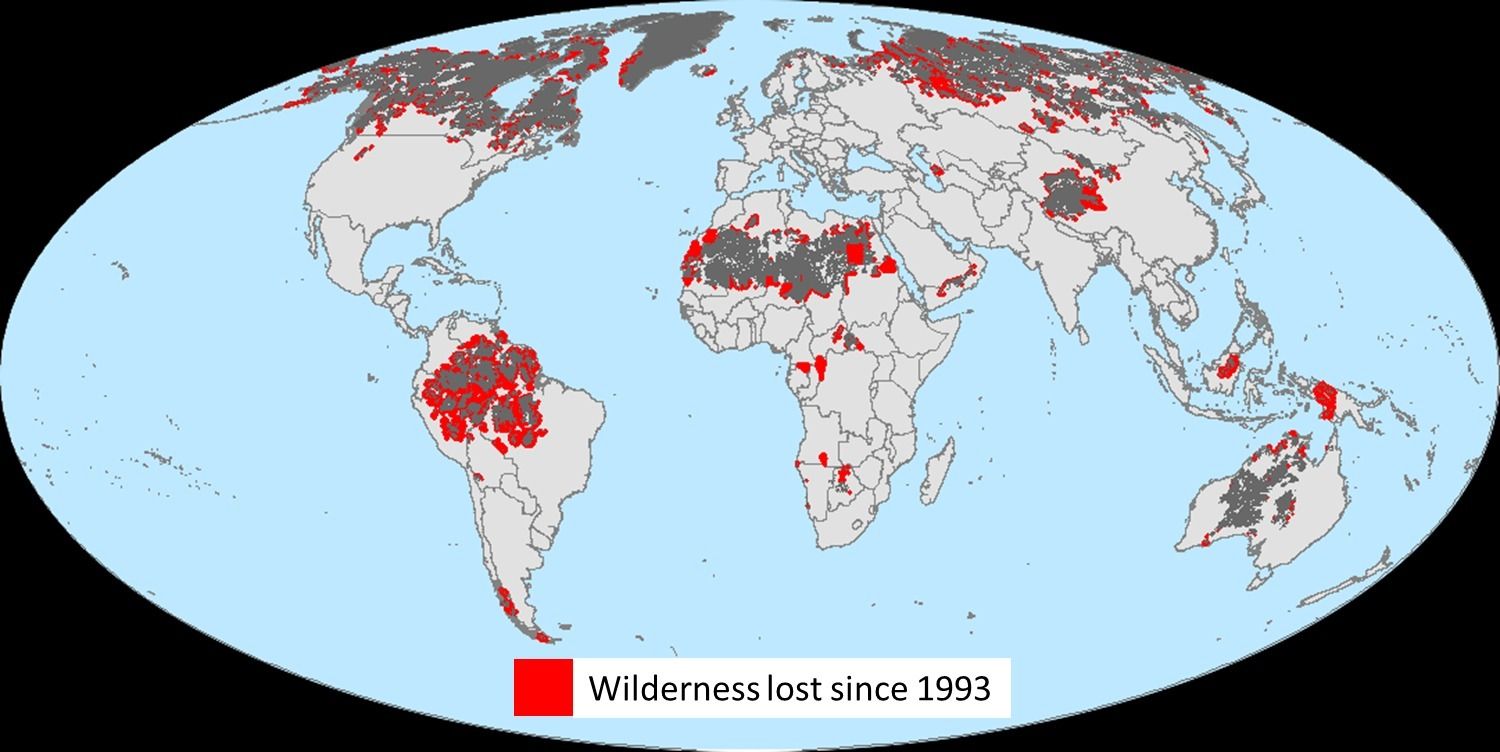 “The amount of wilderness loss in just two decades is staggering,” Dr. Oscar Venter of the University of Northern British Colombia said.

“We need to recognize that wilderness areas, which we’ve foolishly considered to be de-facto protected due to their remoteness, is actually being dramatically lost around the world. Without proactive global interventions we could lose the last jewels in nature’s crown. You cannot restore wilderness, once it is gone, and the ecological process that underpin these ecosystems are gone, and it never comes back to the state it was. The only option is to proactively protect what is left.”

Watson says that the United Nations and others have ignored globally significant wilderness areas in key multilateral environmental agreements and this must change.

“If we don’t act soon, there will only be tiny remnants of wilderness around the planet, and this is a disaster for conservation, for climate change and for some of the most vulnerable human communities on the planet,” Watson said. “We have a duty to act for our children and their children.”